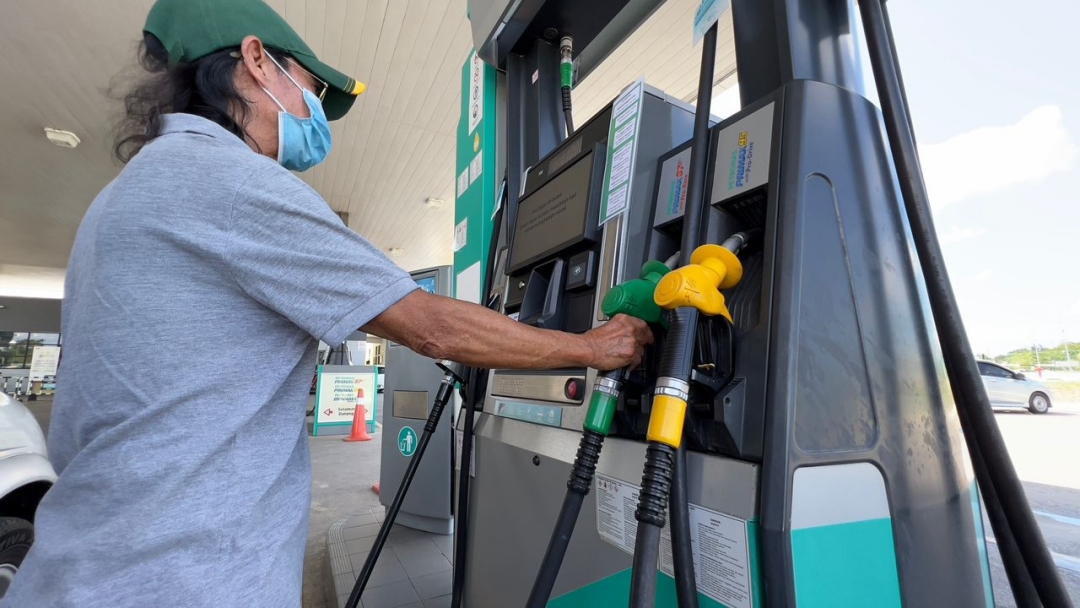 KPDNHEP enforcement director Azman Adam said apart from the large-scale monitoring and enforcement efforts by its 2,200 personnel nationwide, the ministry hoped the public would furnish information to help eradicate the crime. – Photo by Roystein Emmor

SHAH ALAM (June 17): The Ministry of Domestic Trade and Consumer Affairs (KPDNHEP) has detected an increase in the smuggling of diesel and RON95 fuel following a hike in prices and the high differences in prices between Malaysia and its neighbours.

KPDNHEP enforcement director Azman Adam said apart from the large-scale monitoring and enforcement efforts by its 2,200 personnel nationwide, the ministry hoped the public would furnish information to help eradicate the crime.

“There has been a significant hike in the number of cases and value of seized RON95 fuel in the first five months of this year.

He said among the factors that led to the hike in cases were the significant fuel price differences between the industry and subsidised rates (at petrol stations) and the higher prices in neighbouring countries.

He said the smuggling of diesel and RON95 had adversely affected supply to consumers and burdened the government through the leakages.

Earlier, Azman checked a lorry seized by KPDNHEP which had been modified to carry up to 10,000 litres of subsidised fuel to be smuggled to a neighbouring country.

He said a lorry was only allowed to fill up no more than 250 litres of subsidised fuel at a time.

“The modus operandi of most smugglers is to fill up and suck the fuel back out at another location before going again to fill up, or modifying the tanks of their vehicles to be able to fill up more, apart from some petrol station operators who allow them to fill up more than 250 litres of fuel at a time,” he said.

He said KPDNHEP would take firm action against the errant parties including petrol station entrepreneurs, where their businesses could be shut down and licences cancelled.

According to Azman, action had been taken against nine petrol stations to date, with several more being investigated under the Control of Supplies Act 1961. – Bernama

Previous ArticleState Secretary: MA63 negotiation not possible without proper record, archive
Next Article It was 25 years ago today – The RWMF Book: A review