Monday, February 6
You are at:Home»News»Sarawak»New PBB lineup to be announced tomorrow
For the freshest news, join The Borneo Post's Telegram Channel and The Borneo Post on Newswav. 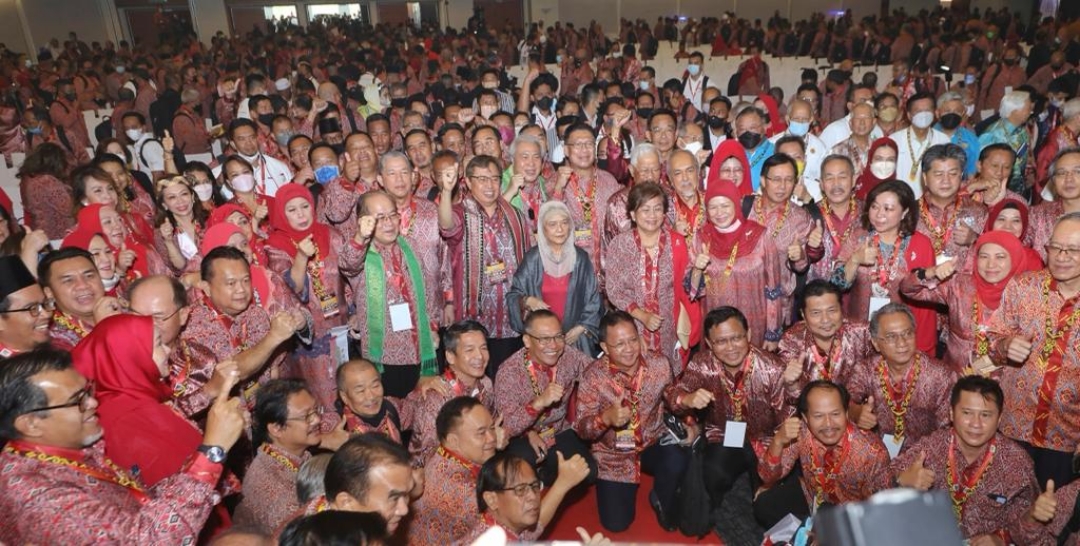 Abang Johari (centre) flanked by his wife Puan Sri Datuk Amar Juma’ani Tun Tuanku Bujang and his colleagues after the second day of PBB Convention today. – Photo by Chimon Upon

“The results are expected to be known latest by 8am before the meeting reconvenes tomorrow (Sunday),” he said after the party’s convention at the Borneo Convention Centre Kuching (BCCK) this evening.

The contest for the ordinary supreme council member posts is the only election to take place during this PBB Convention, with 22 nominees vying for the 16 slots.

Also uncontested were the 14 posts of supreme council ordinary members from the Pesaka wing.

This meant that the Premier Datuk Patinggi Tan Sri Abang Johari Tun Openg would be retained unopposed as the party’s president for another term.

Miro is a vice president by virtue after being elected as the new PBB Youth chief while Fatimah is one of the vice presidents since she was retained as Women chief.

Some 2,420 delegates took part in the 15th PBB Convention at Borneo Convention Center Kuching  which was officiated by Abang Johari today.