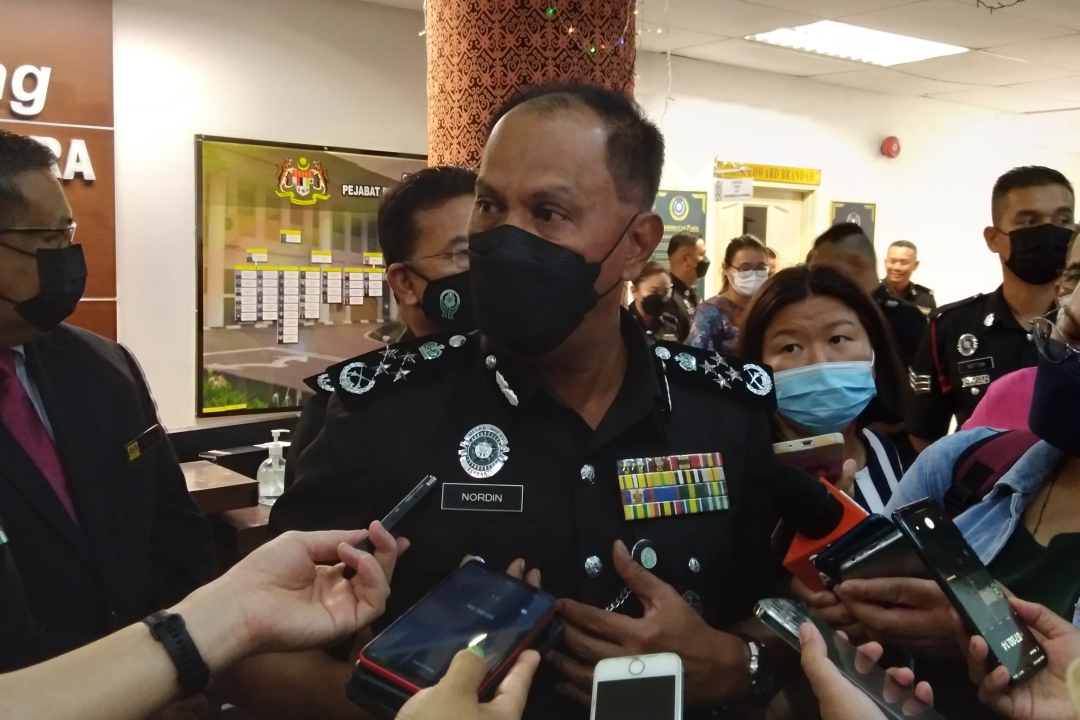 Nordin speaks to the media.

He said the department is collaborating with Sarawak Small and Medium Enterprise (SME) Association to make this a reality. Several companies are already engaging 20 to 30 prison inmates as workers and the department hoped it can be expanded.

“We are looking at one big correctional centre provided by the community or companies for about 300 inmates to be gainfully employed while serving out prison term. The inmates would get full boarding, food and salary,” he said after presenting the department’s excellent service awards here yesterday.

Nordin stated that the department has been promoting correctional centres to reduce prison overcrowding and recidivism (tendency to reoffend). He gave the collaboration with Panasonic in Selangor as a successful example.

“Qualified inmates are given the same pay as other workers in the company with some earning RM3,000 a month. Some rehabilitated inmates left prison with savings of RM18,000.

“Others continued working with Panasonic after their release and got married to fellow co-workers,” he shared.

Nordin emphasised community support to ensure the success of such rehabilitation programmes so ex-prisoners can become useful citizens who contribute to the nation.

“The biggest correctional facility in Malaysia is in Selangor. In total 300 companies are involved in such community programmes across the country.

He added that having one big correctional facility in each state would allow officers to focus on intervention programmes to effectively reduce recidivism.

He informed that Sarawak prisons recorded the lowest recidivism rate at 0.6 per cent or 52 individuals as of May this year and the department had sent a team to study this success to mitigate overcrowding in the six state prisons.