Tuesday, February 7
You are at:Home»Columns»Uncle DI»‘The Sabah Twelve’
For the freshest news, join The Borneo Post's Telegram Channel and The Borneo Post on Newswav. 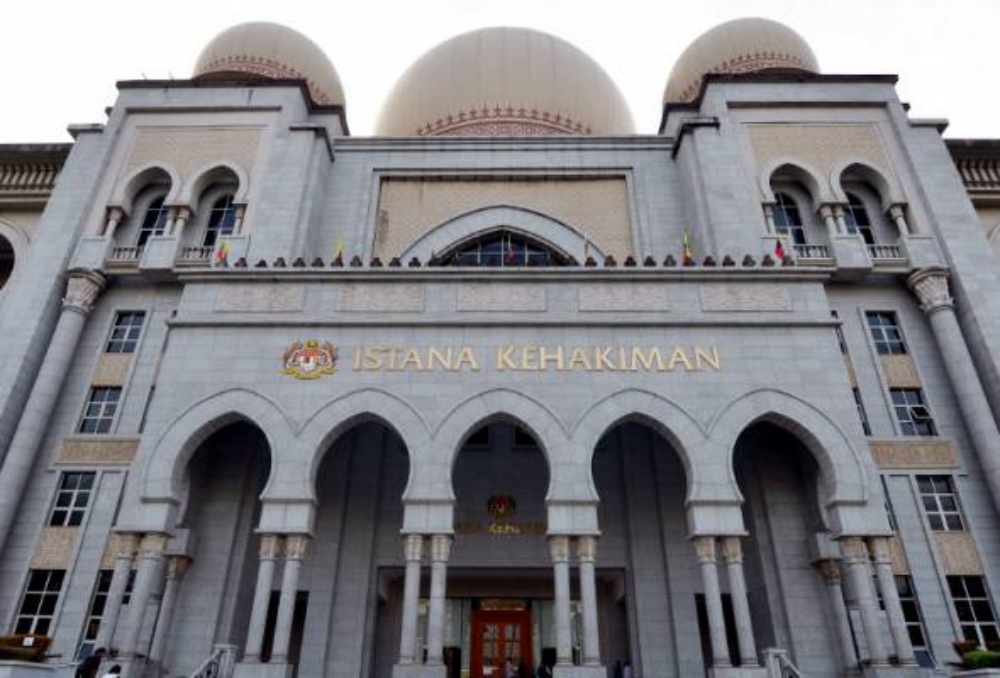 ’Pinning our hopes on the court of law, not on political expediency’. — Bernama photo

TWELVE members of Parliament and the State Legislative Assembly from Sabah are planning to take their government and the federal government to court! Source: The Borneo Post of June 4, 2022.

The ‘Sabah Twelve’ are seeking a declaration from the court, whether or not Article 112C and Section 2(1) of the Tenth Schedule to the Federal Constitution still apply and are enforceable.

For readers without a copy of the Constitution handy – it’s all about money. Sabah and Sarawak were each promised a certain amount of money they agreed to be merged as a partner in the new Federation of Malaysia in 1963.

For instance, Sarawak would get an annual grant of RM5,800,000, while Sabah would be entitled to 40 per cent of the annual revenue derived from that state’s resources each year, all such revenue having accrued to the Federation.

At the same time, there are constitutional provisions governing reviews of the quantum that each state would get, depending on the financial position of the federation at the relevant period.

What does it tell us? It tells us that there is controversy over the interpretation of certain provisions of the Constitution relating to such rights.

Quiet deliberations within the four walls have not produced the desired results, it seems; so resorting to the court is seen as the sensible option by these twelve stalwarts.

The chances of success of this suit are hard to tell. The judges will pass the judgment that will bind both sides.

Apparently, these Sabahan lawmakers were reacting to the statement made by the Federal Minister of Finance in March this year. That minister had told parliament that ‘Sabah’s 40 per cent revenue-sharing no longer applies as the federal government cannot afford it’.

A new grant would be made available instead.

‘Oh don’t worry’, the minister said; there was an agreement reached between the federal government and the Sabah government to pay Sabah its dues – all clear and above board.

Not clear to us, the Sabah Twelve reply. They would like to bring to the court to rule whether or not this review is ultra vires to the Constitution; if ultra vires, then the review would therefore be null and void and of no effect.

The outcome of the ruling of the suit will be of the utmost importance to Sarawak and its people in our quest for a fair share of the revenue derived from our sources, under the same law.

We will be watching developments closely.

Although Sarawak is entitled, before any reviews, to revenue derived from the state, the percentage is not stated in black and white. Only the annual grant for RM5,800,000 per year is stated. In the event of any agreement between the federal and state government in terms of reviews of the quantum, Sarawak has to work out a formula by which to get a fair share of the revenue for the past 59 years. The annual amount due to Sarawak would be sizeable, if income from the sales of oil and gas found within its territory by virtue of the Sarawak (Alteration of Boundaries) Order 1954 is to be factored in.

Hence the importance of continuing with claiming that right, including the right to resort to a court of law, if the court of public opinion cannot help solve the problem.

I hope the visit to London by the team of officials, legal experts and researchers from Sabah would find vital information, other than the sources already available in Kota Kinabalu.

There may be a Sarawak Twelve — who knows?

I wish Sarawak’s lawmakers would join forces with the Sabah Twelve in referring to the court for interpretations of the existing provisions of the constitution.

We need to KNOW what rules govern the annual amount of money due to Sarawak as well as to Sabah. If payments were made promptly and in accordance with the promises – actually, the Constitution! – Sabah and Sarawak would have been much better off than they are now.

After more than half a century of existence in Malaysia, we are still the stepchildren, fobbed off with a few crumbs every now and then.

If the suit reaches the court, we will have to wait for a long time for a decision one way or the other. But it will be worth the wait.

The Sabah Twelve, from a group of political parties known as Pakatan Harapan, must have weighed in the pros and cons of their action. They must have calculated the possible political damage to their cause should they fail; they must also have counted the gains should their suit succeed.

It is a political gamble.

Suing a government is a sign that many stakeholders are fed up with political solutions even in the name of the national interests.

What are national interests anyway if they exclude the interests of the citizens?
This issue over state rights has been swept under the carpet again and again. One fine day, what is under that mat will be exposed to all and sundry.

Opinion is divided over going to court to solve a dispute between federal and regional governments. In the 1970s, the controversy between the federal and Sarawak government over ownership of petroleum found within Sarawak borders fizzled out because the people in authority then were thinking more of a political solution than of a legal solution.

As of 2022, no solution has been reached. We must avoid this uncertainty now that Malaysians are getting more assertive of their rights in Malaysia.

The national interest can be served if the court delivers a just verdict in the case of the Sabah Twelve versus the government of Malaysia and the State Government of Sabah.

The Minister of Finance was quoted by the media to have said that the government could not afford to pay what was due to Sabah.

That is not the question; it is the letter and the spirit of the Constitution that matter.
Failure to pay what is due to both Sabah and Sarawak will not improve the relationship between the federal government and the regional governments.

Monies due have to be paid, by means of periodical installments, if necessary.

But pay the federal government must, just like you and I have to pay our lawful dues and debts!