Wednesday, July 6
You are at:Home»Features»When passion for politics never wanes

For veteran politician, service to party and state takes precedence over self-interest 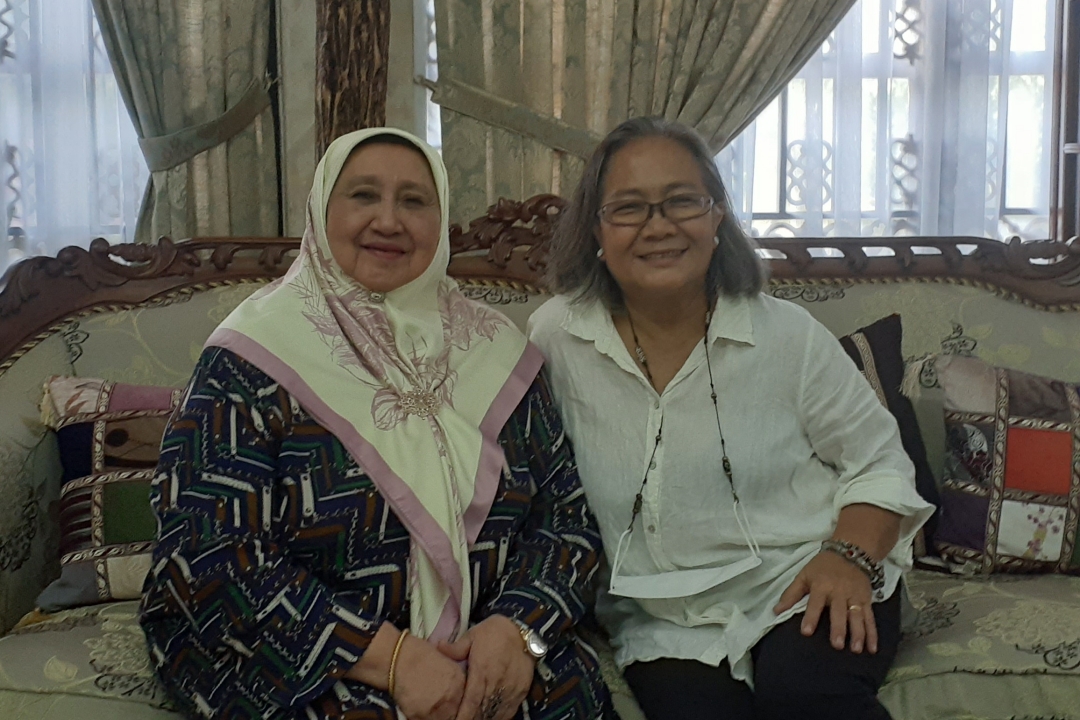 Sharifah Mordiah (left) with the writer.

HER political career began when she became a branch member of one of Sarawak’s earliest political parties, Barisan Rakyat Jati Sarawak (BERJASA) – later known as Parti Pesaka Bumiputera Bersatu (PBB) when it merged with Parti Pesaka.

At 19 then, she showed great enthusiasm for the party and its causes, exuding confidence and inherent political interest. She soon became a branch leader of the party and later divisional leader.

She was 23 when she became a member of the party’s supreme council.

She moved up to a higher position of responsibility and was elected as a Council Negeri member in 1979.

In 1987, she became Assistant Minister of the then-newly established Ministry of Women’s Welfare and Affairs, a portfolio that she continued to hold until 2006.

She took the lead in setting up the Sarawak Women’s Council in 1989.

The third woman in Sarawak to hold a ministerial post, Sharifah Mordiah’s climb up the party hierarchy has been attributed to her loyalty to the party and leadership.

During the height of her political career, she vacated her Sebandi seat to give way to the present Yang di-Pertua Negeri Sarawak Tun Pehin Sri Abdul Taib Mahmud, who was then deemed a potential candidate to be the next Chief Minister, to stand in the 1981 state election.

It was a commendable move – one worthy of emulation indeed.

For Sharifah Mordiah, service to the party and state takes precedence over self-interest.

Her team spirit remains strong in her struggle as demonstrated in her community work through the non-governmental organisations (NGOs) that she is actively involved in.

At 74, the veteran politician today is still very much passionate about politics, and her sense of patriotism resonates distinctly in any discussion even in casual conversations.

Sharifah Mordiah comes across as a resourceful well of the history and struggle of PBB women in the early years. Her influence and experience are still well regarded.

“Actually, I don’t retire from politics. I only step aside from holding political office and party posts to pave the way for the younger generation. I am always happy to pass down what knowledge and experience I have gained when I was active in party politics, in the interest of the party and country at large.

“The vision of a political party is crucial and the new generation needs to be educated on this. We need to know the goal and aspiration of our party leadership if we were to move in unity.
“As I often stress, politics is not a game where you can come in and out as you wish.”

She keeps abreast of the political development in the country, playing her role as a strong supporter of PBB, once in a while going to the grassroots to give support and encouragement.

“Politics in Sarawak,” she says, “has been relatively stable for a long time. Much is attributed to PBB leadership.

“In the early days, young women tended to shy away from politics. Most of the women who joined politics were the older ones.

“Today, along with the progress in the state, more and more women of all races are capable of taking up leadership roles. They just need the right motivation and good support especially from the leadership itself.

“In doing so, we are developing future leaders. This is important if we want to see more women at the decision making level in the government.

“Even as a leader, we need to surround ourselves with positive people so that we can easily focus on our goals.”

When she was a minister, she initiated a think tank for the advancement of her plans and causes. Even today, she still checks with her think tank on important matters in order to come up with the right decision. 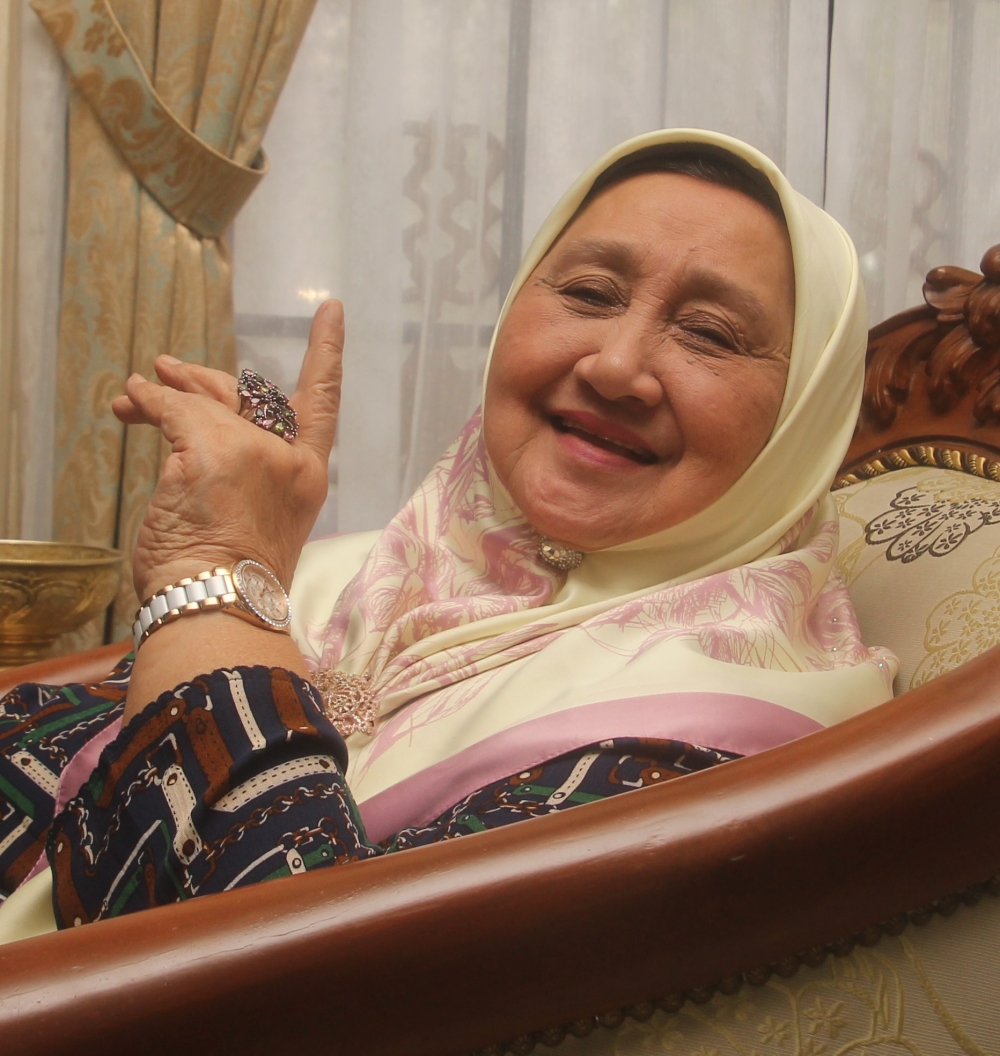 Even though Sharifah Mordia has taken leave from formal political roles, politics is in her DNA.

The setting up of the senior citizens association, where she is the chairman, had been the result of constructive discussions with the group. The association acts as a platform for various activities and motivational programmes where members can also make their voices heard.

The emergence of women’s voices during the 1946 cession kindled the spirit of nationalism among Sarawak women.

Sharifah’s Mordiah’s mother, Hajah Sharifah Hasidah Tuanku Mansor, was among the 400 civil servants (the ‘338 Movement’) who resigned en bloc as a protest against the cession.

She joined the Malay National Union Women’s Section to fight for Sarawak’s independence during the early colonial era, and was among the early women patriots who were later recognised by the state government for their role and contribution during the pre-independence years.

Sharifah Hasidah’s deep sense of patriotism brought her to the people further. Dedicating her life to community work, she reached out to the sick and the downtrodden and yet, she did not neglect her family.

The same spirit of patriotism imbues her daughter.

Sharifah Mordiah speaks with passionate interest on topics related to politics, often emphasising on the family institution as an important component in politics.

“In serving the community, my mother never neglected her family.

“The well-being of a family is indispensable. The marriage institution must provide space for mutual understanding and promote open discussions in order for harmony to prevail in the home. A strong support from family members is a good vitamin for political strength, without which we will not be able to perform.

“Therefore, we must have the tenacity to cultivate a good family environment.”

Attributing her longevity in leadership to her supportive husband, Haji Wan Razali Tuanku Junaidi, Sharifah Mordiah underlines the importance of mutual understanding and trust in a marriage.

“The lack of these between the husband and wife stifles the ambitious spirit.”

Wan Razali, whose mother Datuk Paduka Pemanca Hajah Sharifah Rehanah was a founding member of the Sibu BARJASA Women’s Wing and a well-regarded political pioneer, has always been a staunch supporter of his politician wife. Although he comes from a family with political background, the former government servant is not involved in politics.

“Some people say politics is dirty. It is dirty if you treat it as a game, or use it for your own gain.

“For me, politics is an empowering vehicle that enables me to serve the people for the love of the country. There will be sacrifices, obstacles and all kinds of challenges, but with strong family support and faith in God, the path is made easier.

Sharifah Mordiah has been there for over five decades and has stood the test of time.

Even though she has taken leave from formal political roles, politics is in her DNA.

She envisions a progressive Sarawak, saying: “If we remain committed to the cause of service and betterment of the people, driven by a clear moral conscience where multiracial harmony and social justice thrive, politics will remain a positive and dynamic vehicle to bring about meaningful transformation.”