Friday, July 1
You are at:Home»News»Sabah»Body of last missing teenager found 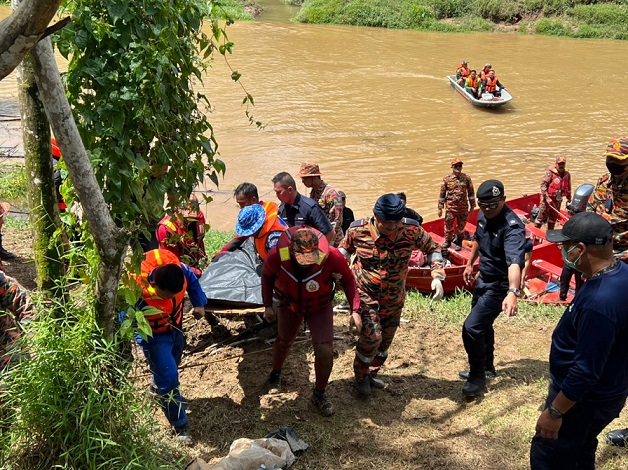 The body of Tomansi Olaf was found at the Moyog River.

KOTA KINABALU (June 20): The Fire and Rescue Department found the body of the last missing teenager at Moyog River in Penampang around 11am on Monday.

Tomansi Olaf’s remains were recovered 300 meters from the second control post set up by the department.

Tomansi and five boys all aged 17 were swept away by strong current while swimming at the river at Kg Timpangoh in Penampang on June 18.

The search and rescue mission resumed at 9am on Monday and the search was conducted along the river bank by the police and two civilians.

The body of the first missing boy, Harold Walter, was found on June 19 while Jeremiah Maxwell, Constant Felix, Jameson Johnwai and Bryan Lee were rescued on June 18.

All of them are students of SM St Michael in Penampang.