Thursday, August 18
You are at:Home»News»Nation»Don’t compare me with Zuraida, says Azmin as he denies rejoining PKR 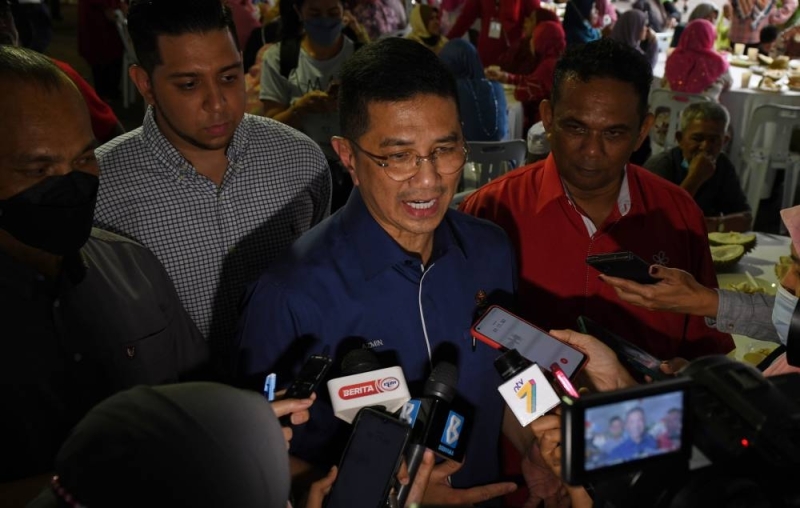 Mohamed Azmin, who is Senior International Trade and Industry Minister, said he would continue his struggle and serve the people through Bersatu.

“I think there is no need to compare me with others (Zuraida) because I did not choose Bersatu under compulsion. In fact, I joined this party (Bersatu) because it is close to my heart as I want a progressive and inclusive party.

“Bersatu has made a paradigm shift in its constitution by opening the party to all races. So, I need to defend and strengthen the party together with Tan Sri Muhyiddin Yassin,” he told reporters after making a working visit to the Balik Pulau parliamentary constituency here today.

Mohamed Azmin said policies introduced by Bersatu had helped to steer the country out of a health, economic and political crisis.

He said this when asked to comment on the statements of several parties who compared him with Zuraida, who left Bersatu to join PBM on May 26.

Mohamed Azmin also said he is prepared to stand anywhere in the next general election, including defending the Gombak parliamentary seat, as decided by the Bersatu leadership.

He also dismissed rumours that he might be rejoining PKR as he had allegedly met two PKR emissaries at Hotel Sheraton in Petaling Jaya recently.

“I met a lot of people and visited many hotels; I don’t remember whom I met. But that is just speculation,” he said. — Bernama