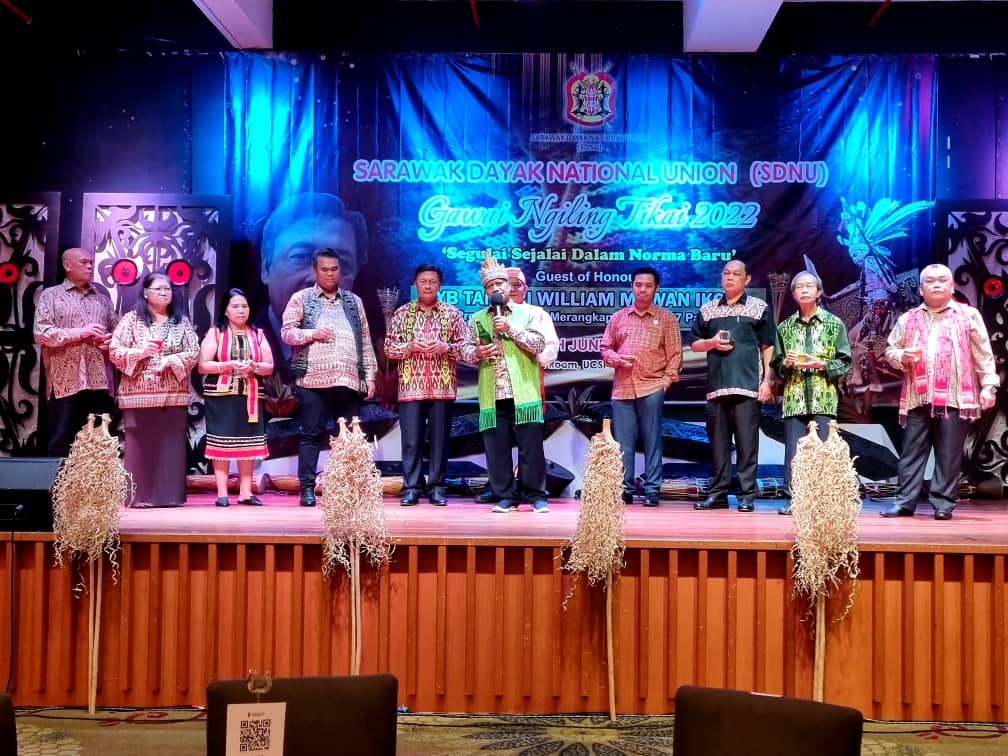 Speaking during the union’s Gawai Dayak closing ceremony here Saturday night, Mawan urged critics not to use the Rumah Dayak project merely for political mileage or as a reason to ridicule or belittle the Dayaks, saying this would not help their cause.

“Some quarters who are uncertain about the status of Rumah Dayak should talk with me.

“They know little about Rumah Dayak so why should we answer to them (via social media). If there are so many queries and factors to be discussed, we can go for a proper town hall session,” he said in his address.

Rumah Dayak, often dubbed by critics as ‘the longest-ever running project’, had the foundation for the building first laid in 1997.

Apart from Rumah Dayak, SDNU has also planned to develop its landed property in Siol Kandis and Jalan Chawan here.

Mawan believes that SDNU will be able to move forward because of the backing of the majority of Dayaks.

“There is no reason to destroy it (SDNU) after its 64 years of existence. We need to carry on the good works of our forefathers. We would be achieving nothing if we are to move backward.

“I know there are some people, even among us Dayaks, who wish to see us fail but the majority of us Dayaks will keep holding on to our cause,” he remarked.

The Pakan assemblyman said SDNU will continue to reach out to many more Dayak youths in its efforts to make the union more dynamic, bringing in fresh innovative talents.

SDNU will also be organising a series of golf tournaments and other recreational programmes including ‘The Warriors Run’ joggerthon.

“Young people want fun and SDNU is not only alive and kicking but also a provider of social and sports platforms. Let us all rise together,” Mawan said.

As part of the fundraising programme for the night’s event, Mawan managed to secure RM15,000 for SDNU by rendering two songs.