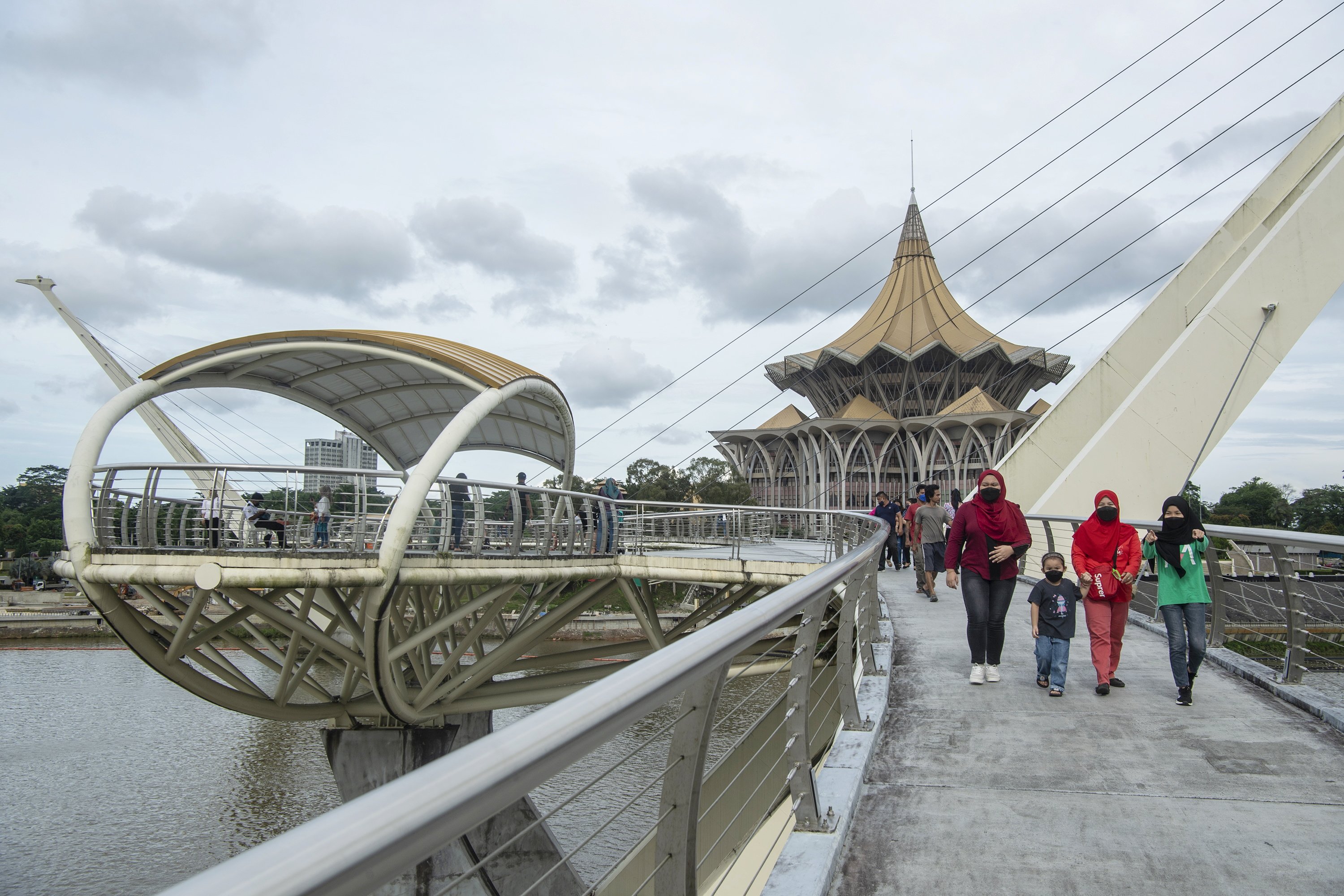 City folk cross the Darul Hana Bridge at Kuching Waterfront, where the Sarawak Legislative Assembly Complex can be seen in the background. — Bernama photo

KUCHING (June 20): The Statistics Department Sarawak has clarified that the total population of the state in 2020 was 2.45 million.

The department said this after the Sarawak Facts and Figures 2021 report said the state’s population was 2,560,600 that year.

The report published by the Economic Planning Unit (EPU) under the Sarawak Premier’s Department, had compiled data from the Statistics Department among others.

The department said the data used by the EPU was based on the mid-year population estimate data based on the 2010 Population and Housing Census data.

“In addition, the data displayed in the Sarawak Facts and Figures 2021 only takes into account 31 administrative districts in Sarawak.

“The number of administrative districts based on the 2020 Population and Housing Census has increased to 40,” added the department.

According to the department, the methodology used in the 2020 Population and Housing Census of Malaysia is based on a de jure approach where the census is conducted on all persons in their usual residences on July 7, 2020.

This means that those who have or will live as ordinary members of the various households for a period of six months or more in 2020 include babies born on or before and are still alive on July 7, 2020 as well as students, both primary and secondary schools, living in dormitories in Malaysia in 2020.

The department added that the census was also conducted on anyone who was or would be in the hospital for a period of less than six months in 2020.

It issued the clarification following a complaint made via TaliKhidmat recently on the accuracy of the data released by EPU.