Friday, July 1
You are at:Home»News»Nation»Immigration: No pilgrims have been restricted from travelling for Haj 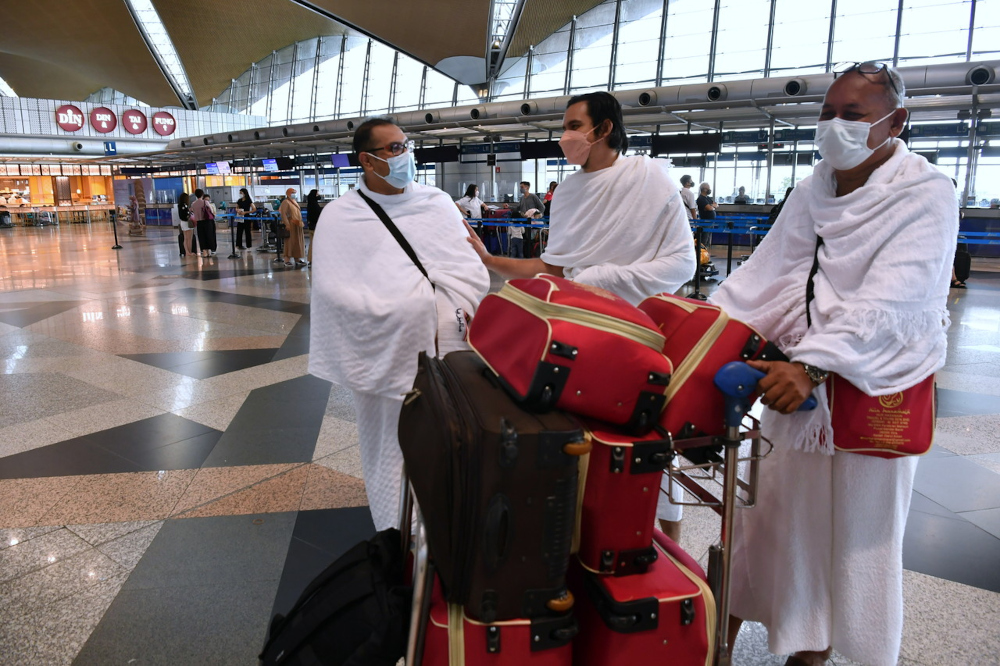 He said checks by the Malaysian Immigration Department showed that Haj pilgrims from Malaysia do not have any travel restrictions imposed on them either by the Inland Revenue Board, Customs Department or the police.

“There is no problem with their international travel,” he said at a press conference after visiting the operations of the Makkah Route for Haj pilgrims at the Kuala Lumpur International Airport (KLIA) here today.

Commenting on the Makkah Route programme, Khairul Dzaimee said the department has deployed 30 of its staff to work on shifts at the pre-departure counters at the KLIA to handle Haj and umrah pilgrims.

Makkah Route is an initiative to facilitate the process of entry for Malaysian pilgrims to Makkah without having to go through time-consuming procedures at the airport in the country.

According to him, 11 Saudi Arabian immigration counters, including one special counter to handle Haj pilgrims with disabilities, are operated by 18 personnel specially flown in from Saudi Arabia.

“Saudi Arabia immigration personnel manning the counter at KLIA for the Makkah Route will check pilgrims’ passports so that when they arrive at the Madinah or Jeddah airport they will not have to wait long at the immigration and customs counters there,” he said.

This year, Malaysia, Morocco, Pakistan, Indonesia and Bangladesh, have been selected to participate in the programme.

Malaysia made history when it became the only country chosen by the Saudi government when it first implemented Makkah Route in 2017. – Bernama

Previous ArticleEx-finance minister: Najib ‘relax je’ when US$700m transferred from 1MDB to firm owned by Jho Low
Next Article Jokowi to visit Russia, Ukraine this month ahead of G20 meeting