Wednesday, August 10
You are at:Home»News»Court»Witness suspects Syed Saddiq conspired with two other individuals over missing RM250,000 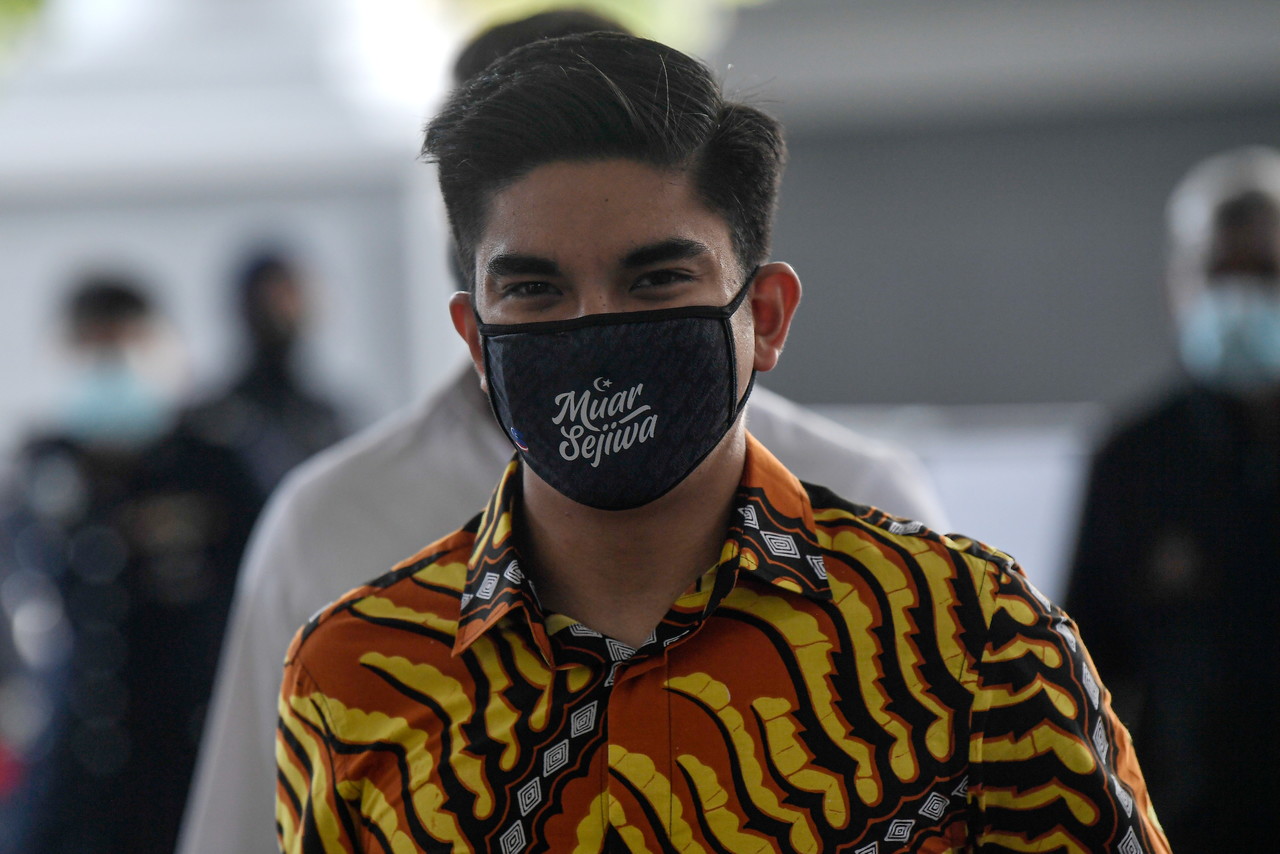 KUALA LUMPUR (June 22): An assistant superintendent of the Royal Malaysia Police (PDRM) told the High Court here today that he suspected Muar MP Syed Saddiq Syed Abdul Rahman and two other individuals were involved in the missing RM250,000 cash from a safe kept in the house of the politician, two years ago.

ASP Ahmad Marzuqi Ibrahim, 39, who is the investigating officer in the case, said he suspected this because only Syed Saddiq and two other individuals, namely Siti Nurul Hidayah and Lim Hooi Sean knew the combination code for the safe.

“Only Syed Saddiq’s fingerprints were found on the cupboard and the safe. I suspected that all three of them were involved or abetted in the case of the missing money.

“I had sent a letter to Bank Negara Malaysia (BNM) to obtain information to facilitate the investigation, but I have yet to receive any feedback from BNM,” he said during examination-in-chief by deputy public prosecutor Mohd ‘Afif Ali on the second day of the trial of Syed Saddiq, who faces four charges of criminal breach of trust (CBT) and money laundering.

The fifth prosecution witness also confirmed that there was no trace of the safe being forced open and only Syed Saddiq’s fingerprints were found on it.

“I did not do any verification or investigation on how YB Syed Saddiq obtained the money because my investigation at that time was according to Section 380 of the Penal Code, which is theft in dwellings.

“I also confirm that YB Syed Saddiq never told me that the missing money was political money. He only said that it was his savings and also his parents’,” he said.

Earlier, Ahmad Marzuqi said following a police report on the theft of RM250,000 made by Syed Saddiq on March 29, 2020, he had arrested the politician’s maid, an Indonesian named Novi Dwi Anggraeni.

“However, Novi was released because there was no evidence linking her to the case. I also confirmed that Syed Saddiq’s room did not show signs of forced entry,” he said.

Meanwhile, the seventh prosecution witness, Corporal Helmi Abdul Rahman, who received a MERS 999 call from Syed Saddiq regarding the theft, said he did not suspect that the report of the loss of money was false.

“I also did not ask Syed Saddiq when did he realised that the money had been stolen or missing,” he said.

According to the first charge, Syed Saddiq, 29, is charged as the then Bersatu’s youth wing or Armada chief — who was entrusted with control of Armada funds — of abetting Rafiq Hakim Razali, Armada’s assistant treasurer at the time, with CBT of RM1 million in funds belonging to the wing.

He is alleged of having committed the offence at CIMB Bank Berhad, Menara CIMB KL Sentral, Jalan Stesen Sentral 2, here on March 6, 2020, and is charged under Section 406 of the Penal Code which provides imprisonment for up to 10 years with whipping, and is liable to a fine, if found guilty.

For the second charge, the accused is charged with misusing property for himself, namely RM120,000 from the Maybank Islamic Berhad account belonging to Armada Bumi Bersatu Enterprise by causing Rafiq to dispose of the money.

Syed Saddiq is accused of having committed the offence at Malayan Banking Berhad, Jalan Pandan 3/6A, Taman Pandan Jaya here between April 8 and 21, 2018, and charged under Section 403 of the Penal Code which carries a minimum jail term of six months and a maximum of five years with whipping and is punishable by a fine, if convicted.

He also faces two counts of engaging in money laundering activities, namely two transactions of RM50,000, believed to be proceeds of unlawful activities, from his Maybank Islamic Berhad account into his Amanah Saham Bumiputera account.

Syed Saddiq is accused of committing the offence at a bank in Jalan Persisiran Perling, Taman Perling, Johor Baru, on June 16 and 19, 2018.

The charges are framed under Section 4 (1) (b) of the Anti-Money Laundering, Anti-Terrorism Financing and Proceeds of Unlawful Activities Act 2001 which is punishable under Section 4 (1) of the same law, which provides maximum imprisonment of 15 years and a fine of not less than five times the amount or the proceeds of illegal activities, upon conviction.

Previous ArticleThree-year-old boy dies after falling from 10th floor of condo
Next Article Miri police chief: Cyclist killed in hit-and-run was on way home from mosque