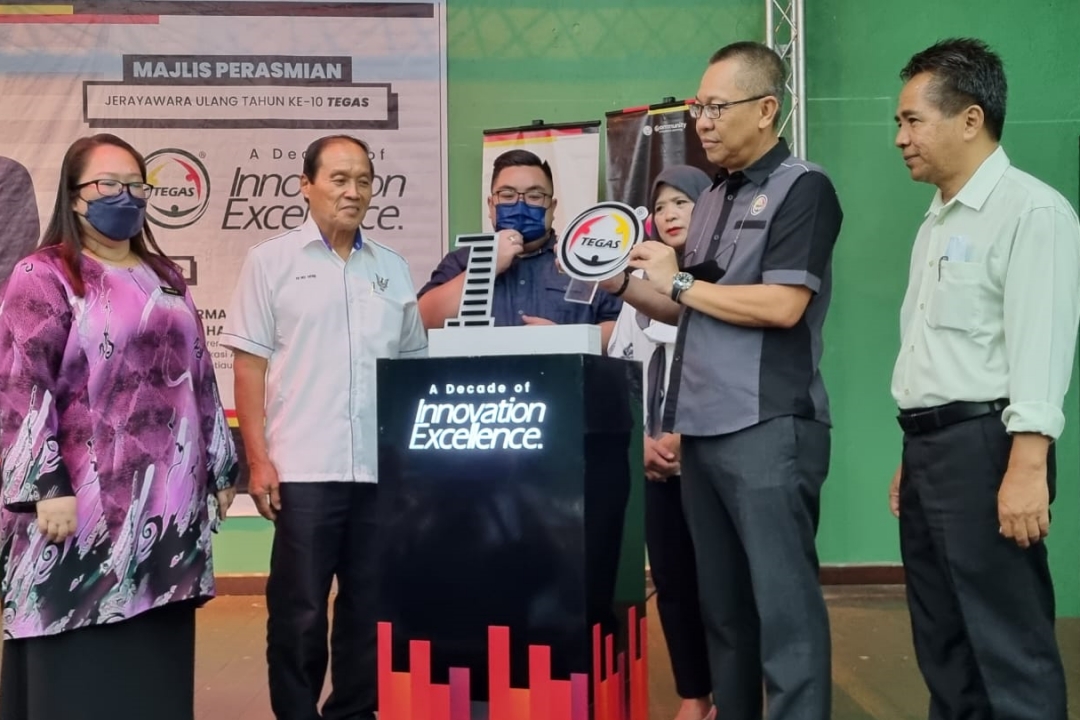 Abdullah (second right) officiates at the 10th anniversary of Tegas’ roadshow while others look on. – Ukas photo

SIBU (June 23): The government is urged to look into recruiting foreign workers to expedite projects that have been abandoned for the past two to three years.

Deputy Minister in the Premier’s Department (Corporate Affairs and Ukas) Datuk Abdullah Saidol said many projects had not been completed and thus were causing much concern among the community, especially in rural areas.

“Many projects are affected and even abandoned after two years of Covid-19 pandemic. The contractors faced cash flow problems and shortage of manpower to continue the project.

“The rural community will be very frustrated if the problem is not resolved immediately,” he said this after officiating at the 10th anniversary of Tabung Ekonomi Gagasan Anak Bumiputera’s (Tegas) roadshow at Bintangor Community Hall yesterday.

The Semop assemblyman also said they would increase the involvement of the community, especially parent-teacher associations (PTAs) and educators to instill interest in the field of digital entrepreneurship at the school level.

“Digital economy is something that is inevitable; it is a part of life both in business management as well as administration,” he said.

He added that Tegas had produced at least 3,000 digital entrepreneurs since its establishment 10 years ago.

However, with the huge digital structure of the economy, he believed good telecommunication infrastructure especially in the rural areas must be made available.

Abdullah, who is also secretary of Tegas Board of Trustees, said no less than 7,000 telecommunication towers had been and would be built throughout Sarawak.

He said the implementation of such infrastructure was challenging due to the geography of Sarawak.

Nevertheless, he said the government would ensure that telecommunication penetration would be better in the next two to three years.