Monday, July 4
You are at:Home»Entertainment»Billie Eilish to perform in KL on Aug 18 for world tour 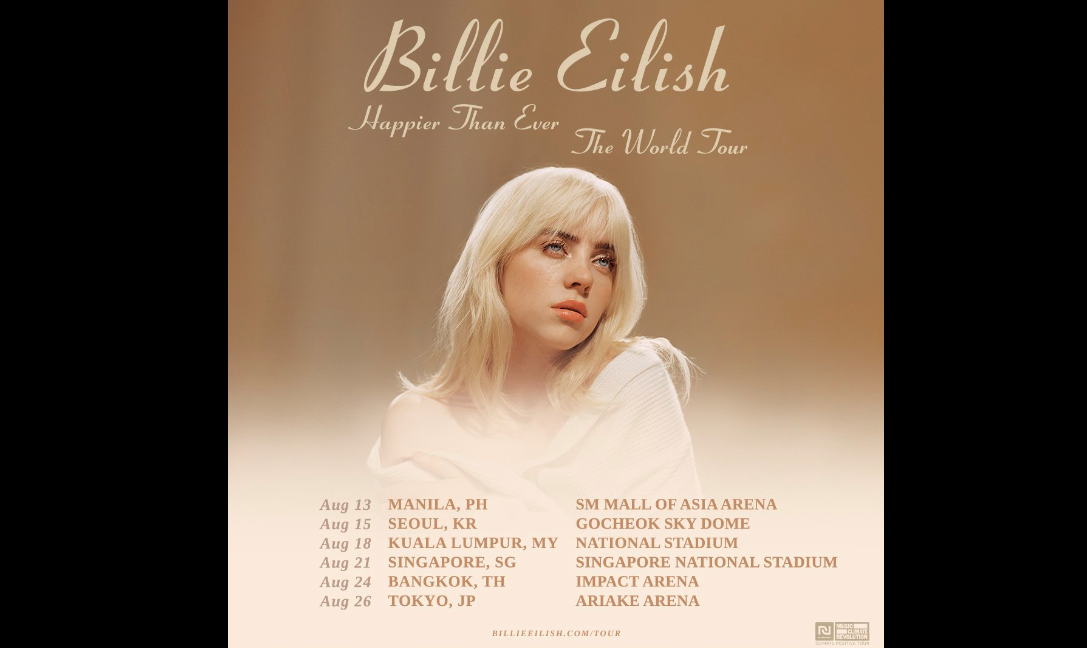 The tour will see Eilish performing in Asia for the first time. — Photo from Facebook/Billie Eilish

KUALA LUMPUR (June 23): Multi-award winning singer-songwriter Billie Eilish will be performing for the first time in Kuala Lumpur on August 18.

The upcoming concert in Bukit Jalil National Stadium will be part of the singer’s highly anticipated Happier Than Ever World Tour.

Her first live debut in Asia, the tour will take the singer to Manilla, Seoul, Kuala Lumpur, Singapore, Bangkok, and Tokyo.

General public tickets will go on sale on June 27 at 10am through golive-asia.com or the GoLive Ticketing App.

The No Time to Die singer’s world tour comes off her highly acclaimed second album, Happier Than Ever.

NME wrote that it “fully establishes Eilish as one of her generation’s most significant pop artistes”.

To date, the 20-year-old singer has won seven Grammy awards and an Academy Award for Best Song with No Time to Die. — Malay Mail