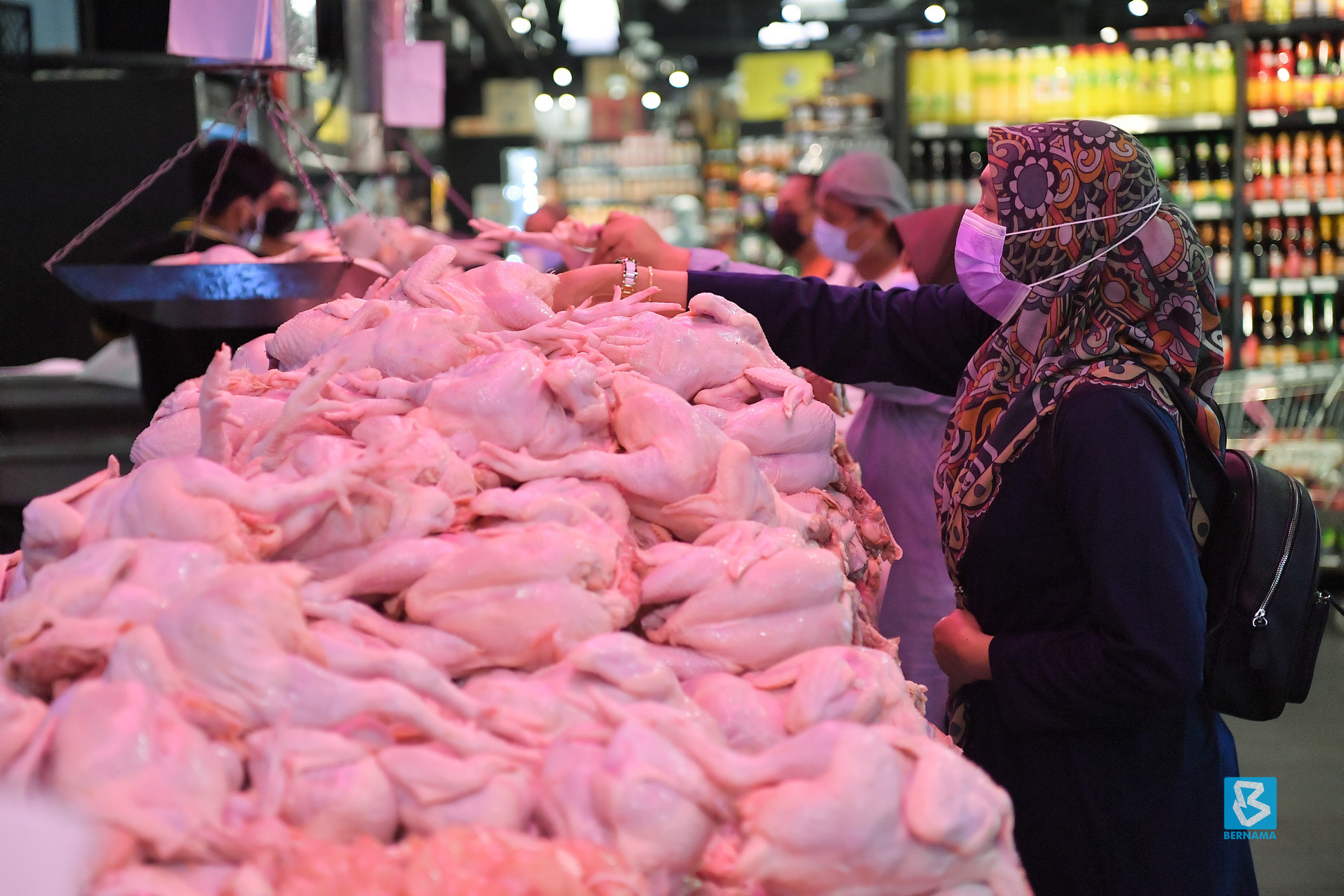 The ceiling price for chicken will end next month. — Bernama photo

KUCHING (June 23): The price of whole chicken in Sarawak will not go above RM11 per kg when the ceiling price control for chicken is discontinued next month, said the Sarawak Livestock Breeders Association.

Association advisor Lee Jin Chiaw said there is a silent pact with the Domestic Trade and Consumer Affairs Ministry (KPDNHEP) not to review the price in a drastic manner.

“The ceiling price of whole chicken is RM9.10 and once the ceiling price control is no longer enforced, we will not sell above RM11. This is what we have agreed with KPDNHEP, which says action will be taken against us if the price is too high,” he said when contacted by The Borneo Post here today.

According to Lee, the government has been subsidising poultry farmers by up to RM1.40 per kg since the enforcement of the ceiling price control.

When subsidies are withdrawn from July 1, he admitted poultry farmers would struggle.

However, he said the association had never favoured the subsidy mechanism, saying prices should float according to market forces.

“We are not saying that the government subsidy is not good, but poultry farming is already a mature industry in Malaysia, having achieved self-sufficiency level.

He said imported chicken wings and drumsticks are relatively cheaper, some sold at RM1 to RM1.20 per kg, solely because they are the unwanted products of exporting countries.

“Making the matter worse, it does not enhance our competitiveness,” he said.

While saying poultry farmers would survive the end of subsidies, Lee stressed the government must fight the smuggling of chicken so that the industry can grow.

He pointed out that the price of chicken feed has skyrocketed since February.

“Chicken feed is now priced at RM3,000 per tonne, from what used to be RM1,500 per tonne. Mind you, the price continues to soar between RM60 and RM80 per tonne per month.

“This is just part of the rising operating costs, which have yet to include the impact of the new minimum wage,” he said.

On Tuesday, KPDNHEP Minister Dato Sri Alexander Nanta Linggi said the ceiling price control for chicken, among others, will not be continued beginning July 1.

He said the move was to ensure that the supply of food in the market was more stable and prices stabilised in the long run.