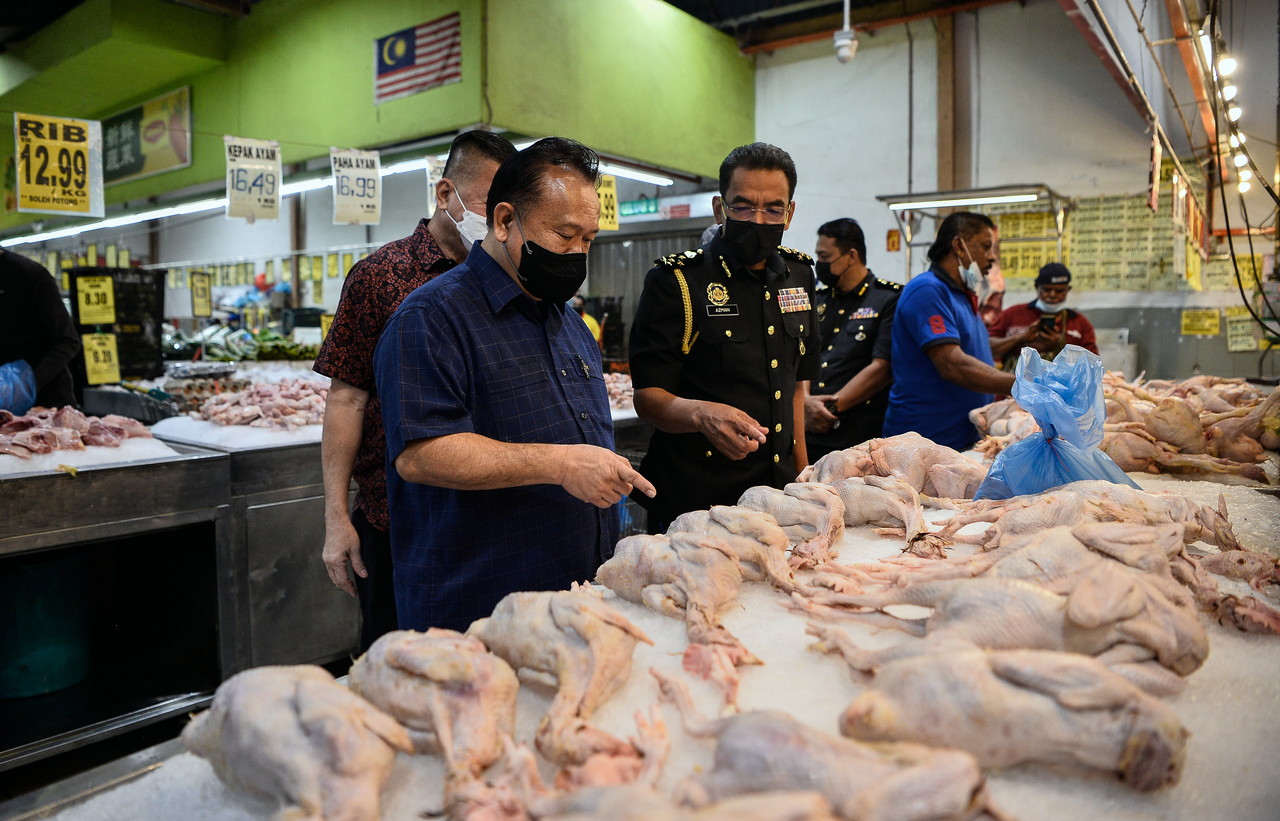 Nanta during the Op Anti-Sorok operation at a supermarket in Selayang, Kuala Lumpur, June 23, 2022. – Bernama photo

KUALA LUMPUR (June 23): A special team set up by the Malaysia Competition Commission (MyCC) will present the findings of its investigation into allegations of anti-competitive conduct in the country’s poultry industry on Monday.

Domestic Trade and Consumer Affairs Minister Datuk Seri Alexander Nanta Linggi said the special team would submit the findings to members of the commission which acts as a quasi-judicial body that has the power to decide whether there is a violation of Section 4 of the Competition Act 2010.

“This morning I was informed by the MyCC (that) they have completed the investigation and will present the findings,” he said after participating in the Op Anti-Sorok at a supermarket here today.

It has initiated investigations on all poultry industry players throughout Malaysia covering upstream and downstream activities.

On Op Anti-Sorok, Nanta said it was implemented to curb the hiding of controlled goods following the government’s announcement to float the prices of certain goods such as chicken, chicken eggs and bottled cooking oil effective July 1.

He said the operation was also to ensure that industry players and traders of controlled goods were always aware of their responsibilities in ensuring adequate supply in the market.

“From January to June 22 this year, a total of 158,064 inspections were carried out covering selected retailers, selected wholesalers and selected manufacturers and the supply of controlled items were sufficient for the needs of consumers,” he said. – Bernama