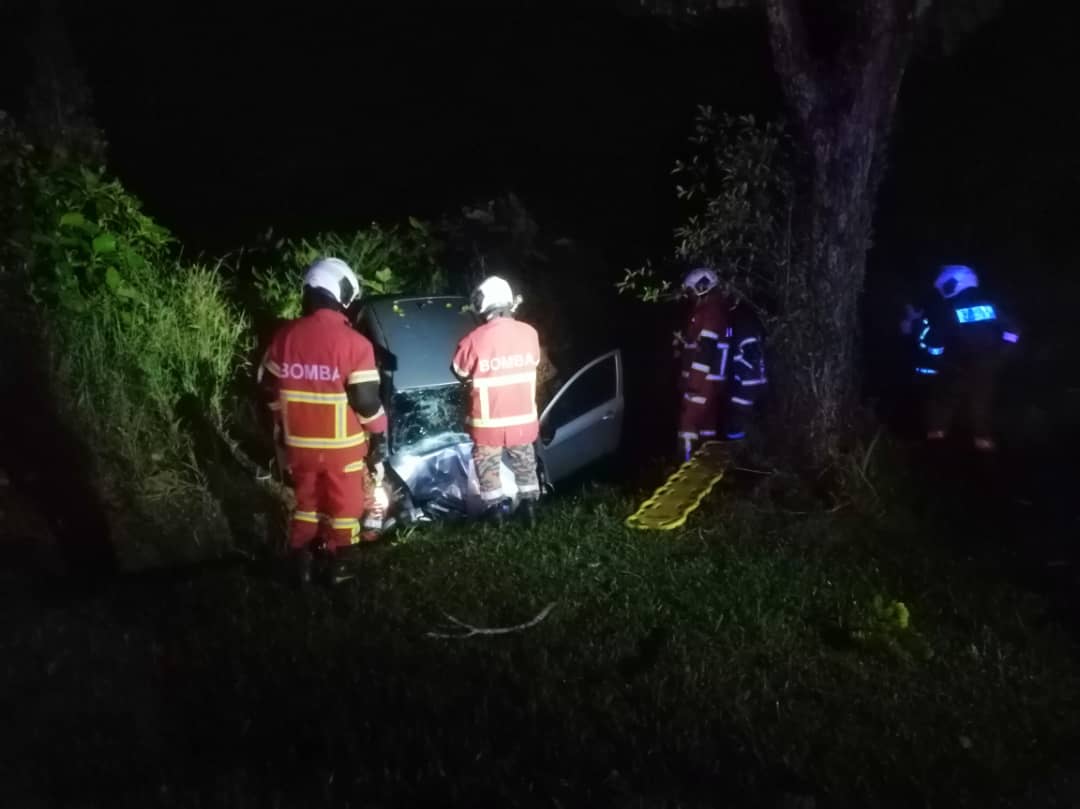 A Bomba photo shows firefighters working to extricate the driver from the crushed car.

KUCHING (June 23): A teen driver broke both his legs in a single vehicle accident at Jalan Demak Laut around 3.13am today.

The Fire and Rescue Department (Bomba) said in a statement that the 19-year-old from Kampung Gersik somehow lost control of his vehicle and veered to the left side of the road.

It is believed the car crashed into a roadside tree before landing in a ditch.

The crash also left the youth deep wounds to his kneecaps.

At the scene were firefighters from the Tabuan Jaya and Petra Jaya fire stations.

Firefighters had to use specialised tools to extricate the driver from his seat.

He was later brought to the hospital in an ambulance.