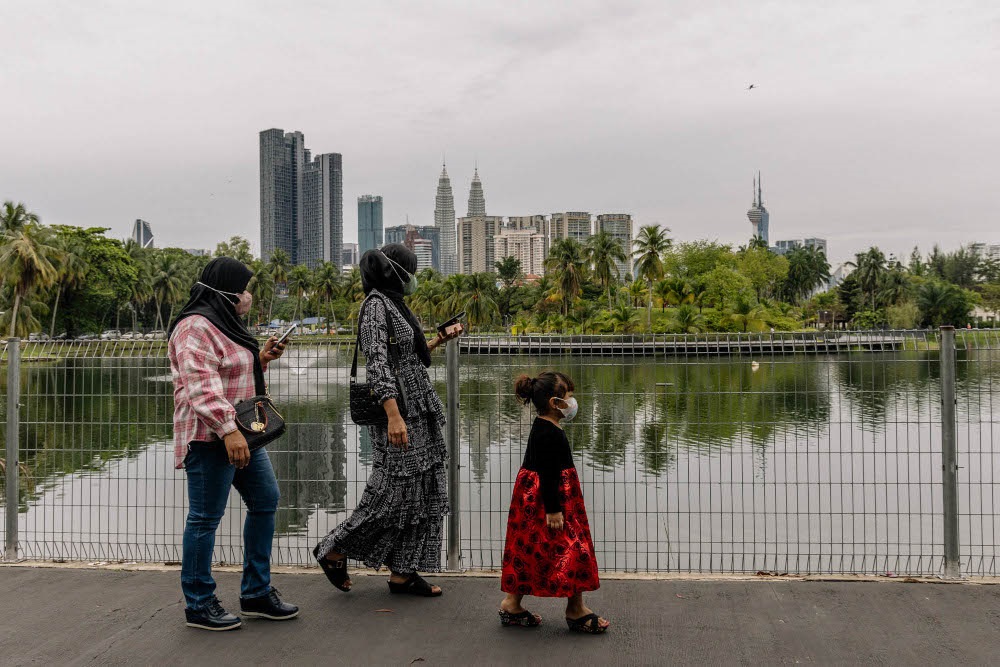 KUALA LUMPUR (June 23): Opinion is split on whether a snap 15th general election (GE15) will have a positive or negative impact on Malaysia’s economy.

Two experts polled by Malay Mail recently argued that a lengthier term for the current government would be better for getting the nation’s finances back on track.

However, another expert had an opposing view and said that the country needs long-term changes that can only happen when politicians are feeling confident — which, in the current political climate, means winning GE15.

Economist Prof Yeah Kim Leng said that the economy is on a trend towards recovery and it would be best to allow this trajectory to continue for as long as possible without the interruptions of a general election.

“We don’t want to derail the recovery, so that businesses can recover some of their losses and households are able to regain some of their livelihood.

“Then we would have a more stable environment to cope with inflation shocks as well global uncertainties,“ said the director of the Economic Studies Programme at the Jeffrey Cheah Institute on South-east Asia at Sunway University.

In the first quarter of 2022, Malaysia registered a GDP growth of 5 per cent — compared to a 0.5 per cent growth rate for the same quarter in 2021, which was adversely affected by the Covid-19 pandemic.

In the midst of economic recovery, some camps within Barisan Nasional (BN) have been calling for a snap general election, riding a wave of confidence after consecutive state election wins in the past year.

However, in an interview with Nikkei Asia earlier this month, Prime Minister Datuk Seri Ismail Sabri Yaakob cited rising costs in food and other living expenses as among the reasons to push back the elections, which only need to be called by September next year.

“I think it’s better not to distract policy makers from focusing their attention on economic challenges faced by the country,” stressed Yeah.

“Challenges are rising in the sense of the Russia-Ukraine war, with several sanctions imposed on Russia, now a fuel and food crisis may jeopardise Malaysia’s recovery — a major shock is slightly on the horizon,” he added.

Universiti Tun Abdul Razak economist Prof Emeritus Barjoyai Bardai said that the government has not yet had enough time to prove itself capable of handling the country’s economic woes, and a win at a snap poll is not likely to inject confidence into consumers or investors.

“For example, the government’s proposition of reimplementing goods and services tax (GST) is unnecessarily worrying.

“It is definitely seen as a burden, perception-wise, although the prices did not go up so much.

“It would be better to let the government prove itself first over the next year,” said Barjoyai, adding that a win by the incumbents after demonstrating their mettle would provide more certainty than a win at a snap poll now.

Furthermore, Barjoyai added that having a snap poll would cut into this year’s Budget.

On August 12 last year, Minister in the Prime Minister’s Department Datuk Takiyuddin Hassan told Parliament that it could cost RM1.2 billion to hold a general election at the time — compared to the RM500 million cost of GE14.

He said that the increase in expenditure was unavoidable since the Election Commission was planning to continue enhancements that have been carried out in recent state elections, such as increasing polling centres and creating special voting streams for those with special needs.

In response, veteran economist Tan Sri Ramon Navaratnam said that the funds for holding a general election would have already been accounted for by the government and should not be a reason for delay.

“These things, like inflation, are all not new; we have been through this cycle before,” said Ramon, who is a former deputy secretary-general of the Treasury.

“What we need is leaders who have the will to make changes such as further liberalisation of the economy and doing away with certain privileges that date back to the New Economic Policy [adopted in 1971].

“Removing obstacles and constraints in business will have a salutary effect on productivity. For example, [to combat food insecurity]farmers should be given more incentives regardless of their race.

“What’s the point of waiting? Better get it over and done with,” he said. — Malay Mail