Tuesday, July 5
You are at:Home»News»Sabah»Malaysia unable to meet world demand for cocoa – Zuraida 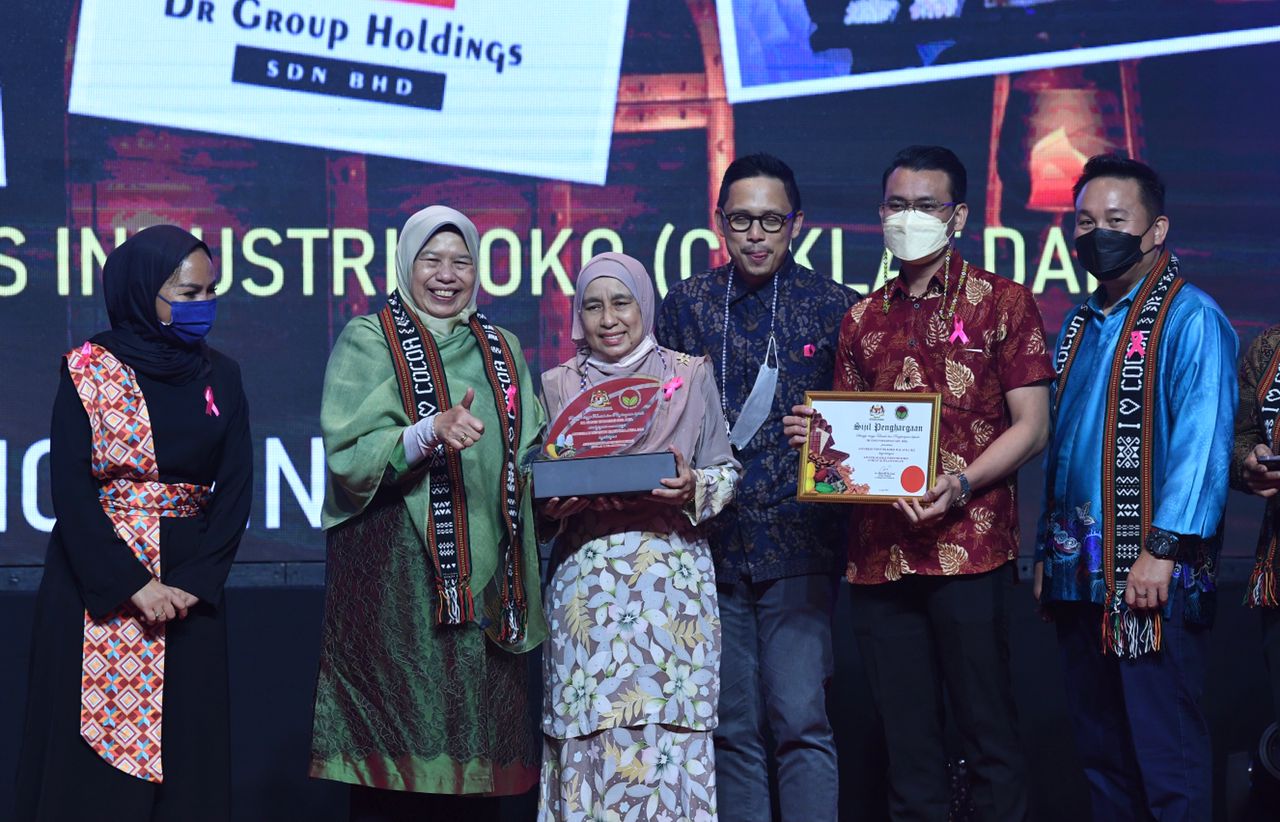 Zuraida (second from left) during the presentation of awards at the Magellan Sutera Harbour.

She added that the cocoa produced in Malaysia is of premium quality.

“The land is vast in Sabah and Sarawak. We hope that the state government will support to open more land for cocoa (planting) and increase our production for the market. This is in line with the sitaution now where we want to improve our economy. Cocoa can help increase income for our nation,” she said after attending the 2022 Malaysia Cocoa Industry Award held at the Magellan Sutera Resort on Wednesday night.

She also explained that the country still cannot meet the local demand for cocoa.

“We import cocoa, grind it and export it back to the market. (But) we want to grind our own (locally produced) cocoa. Right now, we are importing cocoa,” she said.

Earlier in her speech, Zuraida said that the Movement Control Order (MCO) in 2020 and 2021 to curb the spread of Covid-19 had undermined production activities, logistics, employment and movement of all economic sectors.

She added that the agri-commodity sector was also affected even though the activities of the sector had been allowed to operate during the MCO period.

“Nevertheless, the situation has not affected the downstream sectors of the cocoa industry where there has been an encouraging improvement for the cocoa grinding sector and better performance at the downstream level,” she said.

She also said that the agri-commodity sector, including the national cocoa industry, must be prepared to face impending changes and challenges.

Zuraida also said that the coming 10 years period will be critical for the country and that her ministry has drafted the National Agri-commodity Policy 2021-2030 (DAKN2030) which sets out a framework for defining clear directions and targets for the agricultural commodities sector.

“The vision set for DAKN2030 is advancing agriculture for sustainability and prosperity of entrepreneurs, traders, farmers, chocolate artisans and cooperatives,” she said.

Meanwhile, concerning the 2022 Malaysia Cocoa Industry Award ceremony, Zuraida said that it was the sixth edition since it was first introduced in 2004 by the Malaysia Cocoa Board to recognise and celebrate the success of those in the industry, including those who have contributed to the continuity and development of the local cocoa industry.

The ceremony was attended by some 400 participants consisting of cocoa operators, entrepreneurs, traders, farmers, chocolate artisans and cooperatives.