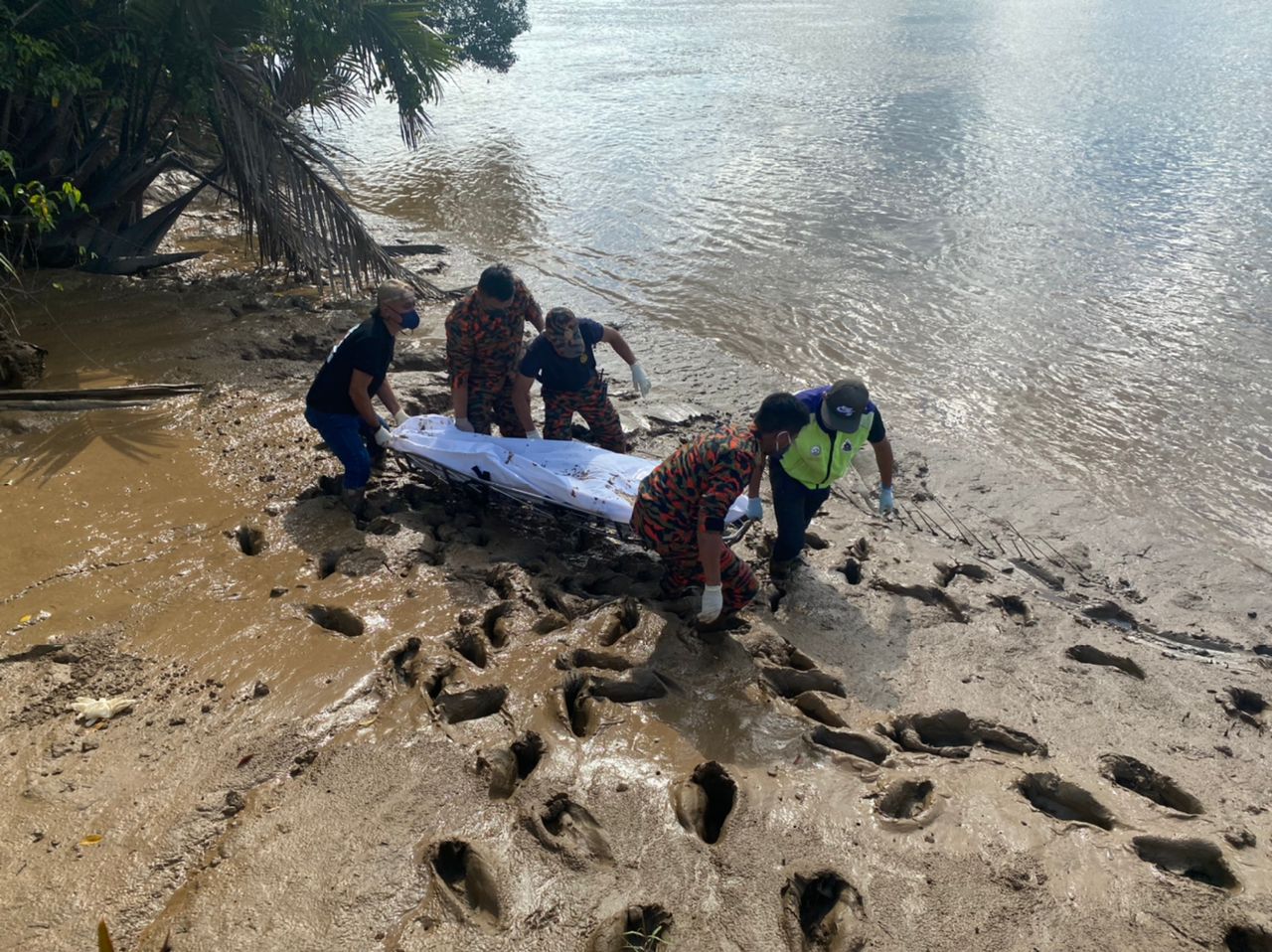 Firefighters and police carry the body from the riverbank.

Sarikei Fire and Rescue Department (Bomba) chief Mahmudin Narudin said the body was spotted by residents of a nearby village, who informed Sarawak Rivers Board (LSS) staff stationed at the terminal.

“We received a call from a staff member of LSS informing of the discovery at 2.47pm and immediately rushed a team of men to the scene,” he said.

Firefighters then contacted the police to retrieve the body, Mahmudin said.

“It is a body of a man but yet to be identified as there was no identification document found on it,” he added.

A police team at the scene later brought the body to Sarikei Hospital for a post-mortem.