Wednesday, July 6
You are at:Home»News»Sarawak»Terengganu keen to learn about digital economy from Sarawak 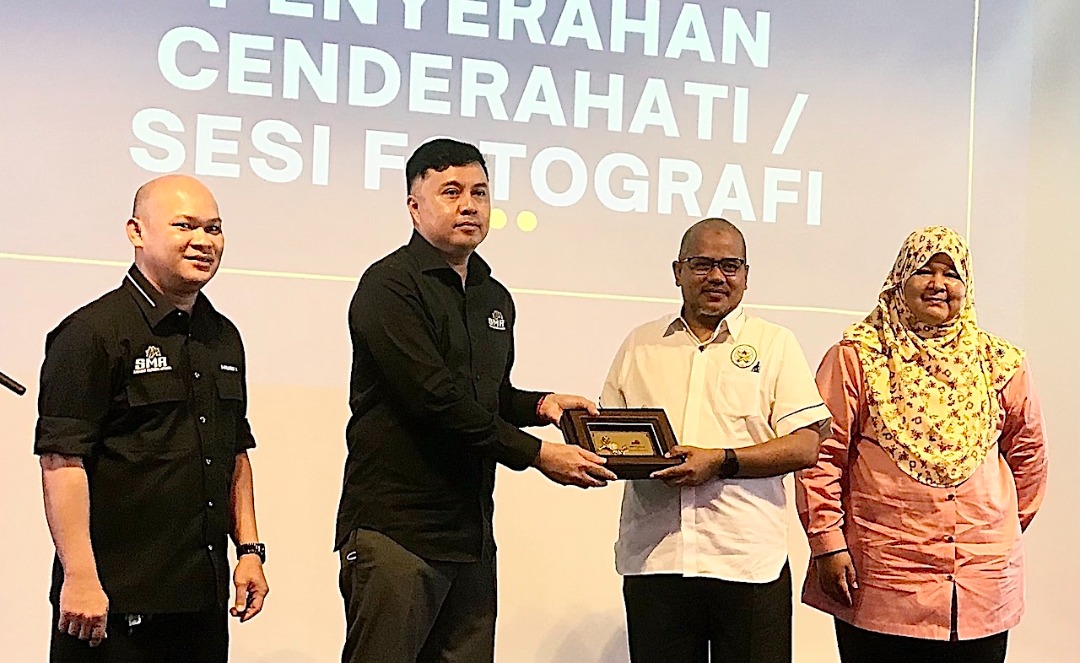 Mohamad Irtidzar (second left) presenting a souvenir to Ariffin in the presence of Carolineson (left) and Nuzulnisa Barudin @ Kamarudin, Secretary of Terengganu’s Information Technology Development (right) after the briefing by SMA in Kuching.

BINTULU (June 23): Terengganu is keen to learn more about digital economy from the Sarawak Multimedia Authority (SMA) on how it has assisted the Sarawak government’s efforts to implement its digitalisation policy.

This was pointed out by Terengganu’s executive committee chairman for Tourism, Culture and Digital Economy Ariffin Deraman.

“On our part, we have tried to set up a similar entity similar to SMA but it is taking too much time to enact the law.

“So we have set up a company, Terengganu Joint Digital Intelligent Development Sdn Bhd (TAJDID), which functions like SMA,” said Ariffin after a briefing by SMA at the SMA Cultural Heritage Innovation Centre (CHIC) in Kuching today.

He added that TAJDID has also set up two subsidiaries, namely Terengganu Telecommunications Sdn Bhd (TCOMM) to construct telecommunication structures in his state and Terengganu Digital 1303 (TD1303) as a digital village to empower its people to embrace digital economy.

On a related issue, Ariffin said Terengganu is keen to collaborate with Sarawak’s Ministry of Tourism to develop apps to promote tourism products especially in ecotourism.

“We would like to come back again to share knowledge with our counterparts in Sarawak,” said Ariffin.

Besides SMA, Ariffin and his delegates also visited Tegas’ Digital Village in Samajaya.

Meanwhile, SMA’s Head of Corporate Services Mohamad Irtidzar Razali in his remark welcomed the Terengganu delegation and hoped that they will gain more knowledge on digital economy.