Tuesday, February 7
You are at:Home»News»Sabah»First gibbon rehabilitation project in Sabah
For the freshest news, join The Borneo Post's Telegram Channel and The Borneo Post on Newswav. 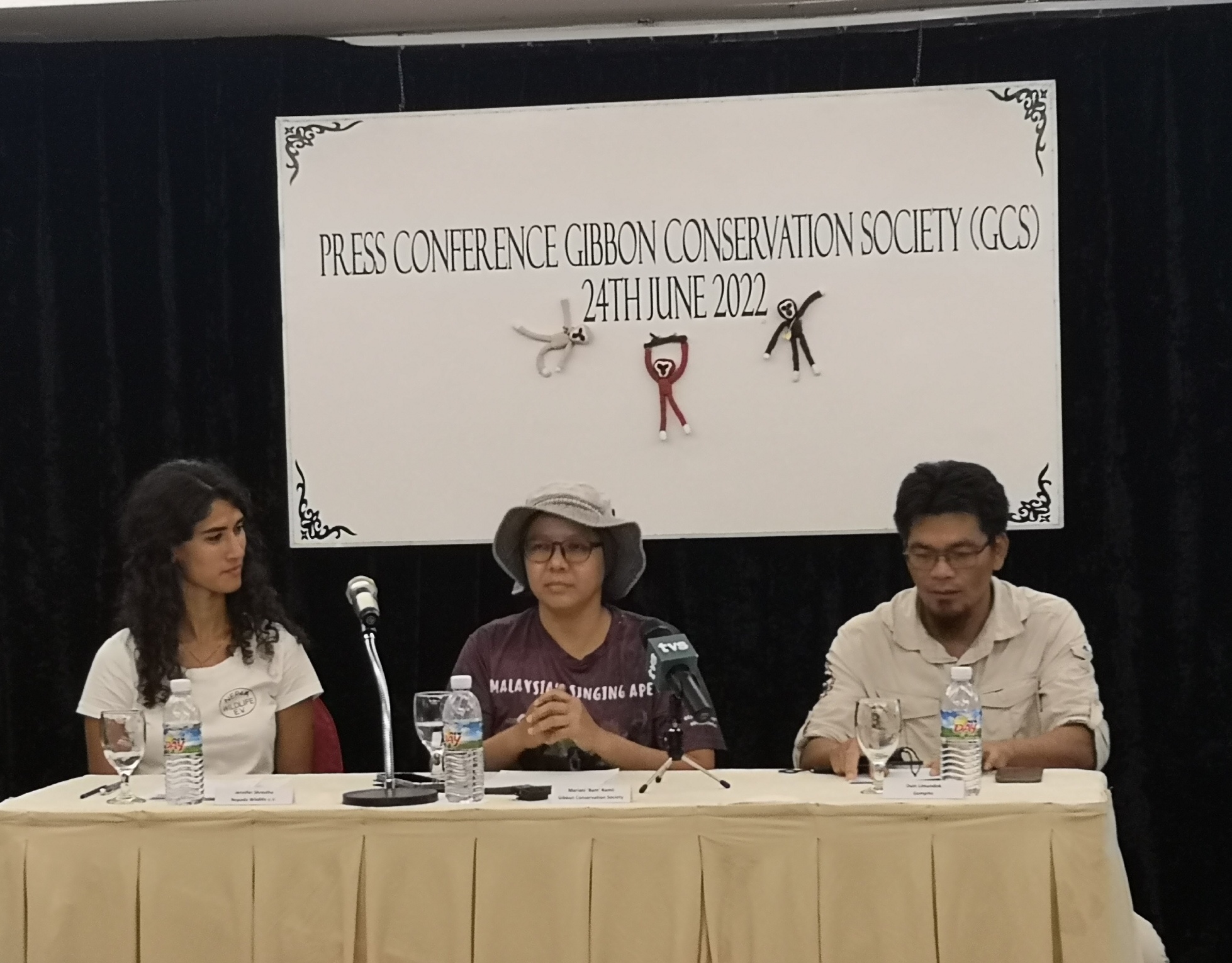 From left to right: Jennifer, Mariani, and Duin.

KOTA KINABALU (June 24): The Gibbon Conservation Society will be setting up the first gibbon rehabilitation project in Sabah.

Both species are categorized as endangered species under the IUCN Red List and are native to Sabah and Sarawak. The population of gibbons in the wild in Sabah and in Sarawak is unknown.

“We have no idea how many are left in Sabah and in Sarawak,” she said.

She said that the Borneo GReP is located at Kampung Kiau, Kota Belud which is 90 kilometers from the state capital of Kota Kinabalu. Construction of their temporary facility is ongoing.

Mariani said that initially five gibbons will be placed at the Borneo GReP to be rehabilitated.

“We will see how they adapt after a few months … we take behavior assessments,” she said.

She added that not much research had been done on gibbons in Borneo.

She also said that the five gibbons were victims of the pet trade.

Aside from rehabilitating the gibbons, which are also known as the “Singing primate”, Borneo GReP will also serve as a venue where rescued gibbons could be housed, people could learn more about them, where scientists can conduct researches and inculcate the love for them, she said.

Mariani also said that although the Borneo GReP is the first gibbon rehabilitation project in Sabah, the society has already set up a similar structure in Pahang since 2013.

“So, we would like to do the same in Borneo,” she said in a press conference here.

Mariani also explained that the challenges facing the species in West Malaysia and in Borneo were not the same.

One of the residents of Kampung Kiau Nuluh, where the permanent facility of the Borneo GReP would be set up, Duin Limundok, said that they hope to promote a community that lives harmoniously with nature and aims for their future generation to know about their heritage.

Also at the press conference was Jennifer Shrestha who is the project management of Nepada Wildlife e.v.