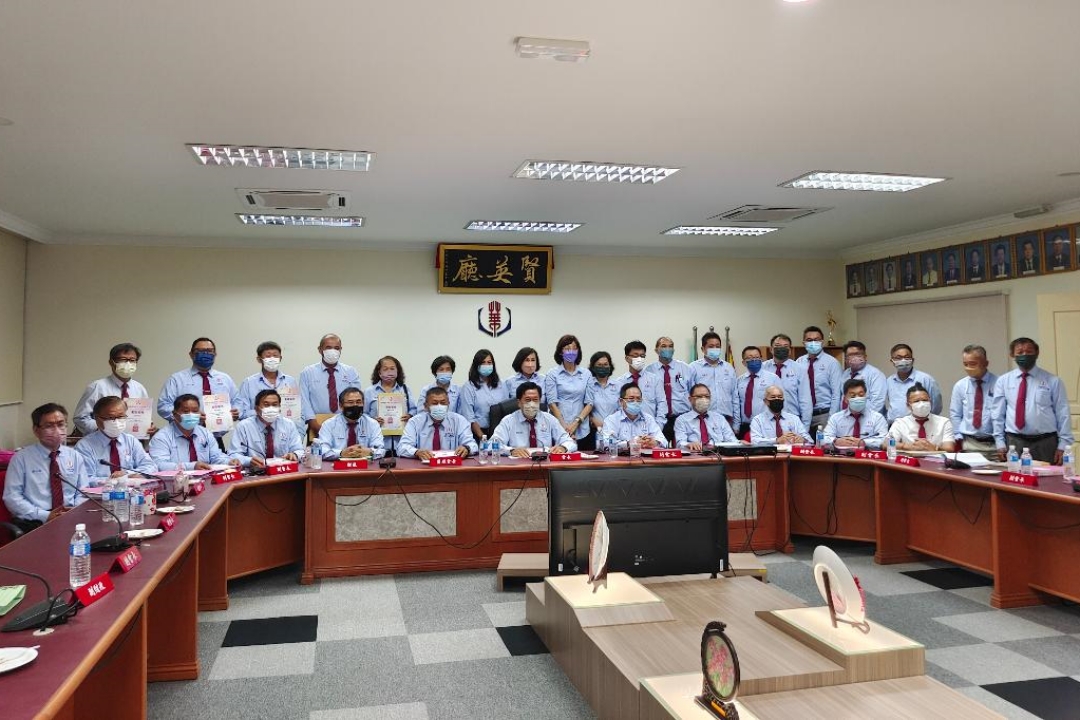 Ngieng (seated seventh left) and UCA leaders in a photo call after he chaired his final meeting as president.

He said the hottest issue now is the rising price of food ranging from chicken eggs to sundry goods.

“The government ought to do something concrete to stop the situation from worsening as the people are suffering,” he said at the UCA 22nd committee meeting held here recently.

Ngieng attributed the recent price hike to the ongoing Russia-Ukraine war, the Covid-19 pandemic as well as the devaluation of the ringgit.

He said the people are now voicing their grievances against the government as their livelihoods are at stake.

“With the situation not at all rosy, the government also decided to implement the RM1,500 minimum wage for workers, further aggravating the situation (for businesses).

Ngieng said no business community or consumers are spared during these difficult times and it would be impossible to predict when price hikes would come to a halt.

On a separate issue, Ngieng said traffic congestion in Sibu has also become a hot topic for discussion in recent days.

“Some people say traffic jams are a symbol of development but that apparently is not the case in Sibu. I’d say that the traffic jam in Sibu is due to the poor road system.

“I have been harping for years for more and better planned roads to solve the traffic congestion woes here.”

On his successor as UCA president, Ngieng said it was not for him to decide.

He believed the Chinese community here has many talented people who are more than capable of taking over the post.

As such, he thanked members for rendering their undivided support, cooperation and encouragement during his six years as UCA president.

Previous ArticleWong: Accountants under MIA probe should get legal advice if hearing improperly conducted
Next Article Working in bad weather conditions – bosses can be penalised