Wednesday, July 6
You are at:Home»News»Sarawak»Sharifah Hasidah: Use of English in civil service for ease of communication 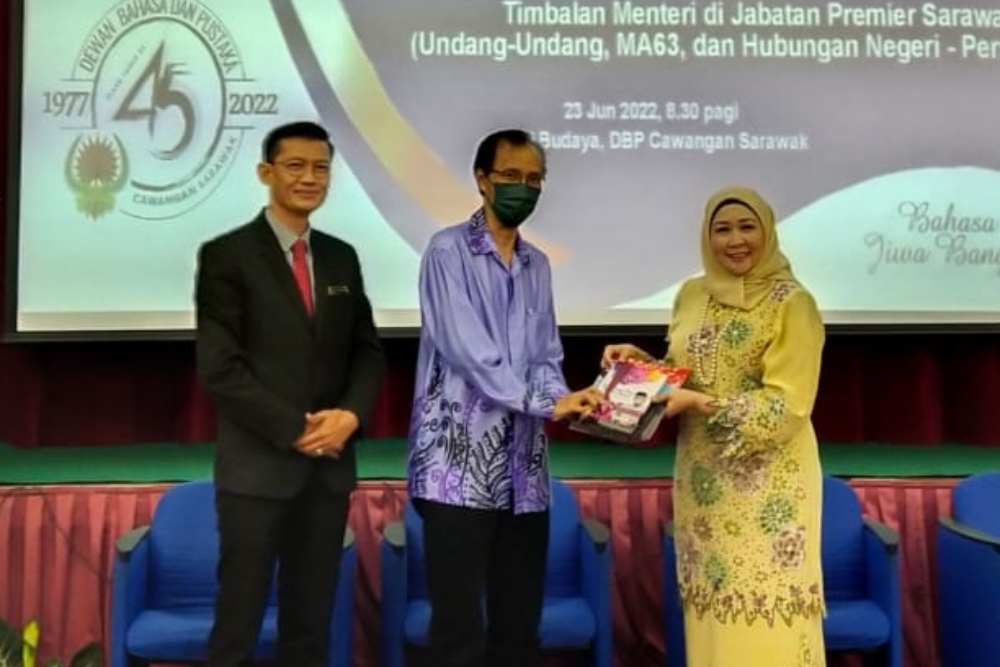 KUCHING (June 24): Sarawak’s decision to maintain the use of English in the civil service does not mean denying Bahasa Malaysia as the national language, but instead to ease communication at the international level.

Deputy Minister in the Premier’s Department (Law, MA63 and State-Federal Relations) Datuk Sharifah Hasidah Sayeed Aman Ghazali said as a developing state, effective communication was needed to connect with various sectors in and outside the country to achieve our goals.

“For example, in the development of digital economy, we need to work with the more developed countries, in terms of digital technology. This is where we need wide communication to achieve effective development,” she said at ‘Wacana 45 Tahun Dewan Bahasa dan Pustaka (DBP) Sarawak’, in conjunction with DBP Sarawak 45th anniversary celebration here yesterday.

She added that in supporting the efforts and roles of DBP Sarawak, the state government had channeled funds to implement several programmes for language, literature, research and Sarawak history.

“I hope DBP will double its effort in publishing books and research on tribal language, ethnic literature and Sarawak culture.

“We hope that with more writing and research on local culture, custom and literature will be able to highlight the common sense of our people.”

After 10 years of hosting the award, five Sarawakian writers have been recognised as Sarawak Literature writers.

This highest recognition has helped the state government to indirectly improve the standard and development of national literature as well as uplifting the image and performance in literature and writing field.

Previous ArticleRentap: Sarawak will do its best to triumph at Sukma, no matter what
Next Article Sarawakian paddler captures bronze medal at SEA Junior-Cadet Championship