Wednesday, February 8
You are at:Home»News»Sarawak»Big crowd expected for Miri Country Music Fest 2022 in November
For the freshest news, join The Borneo Post's Telegram Channel and The Borneo Post on Newswav. 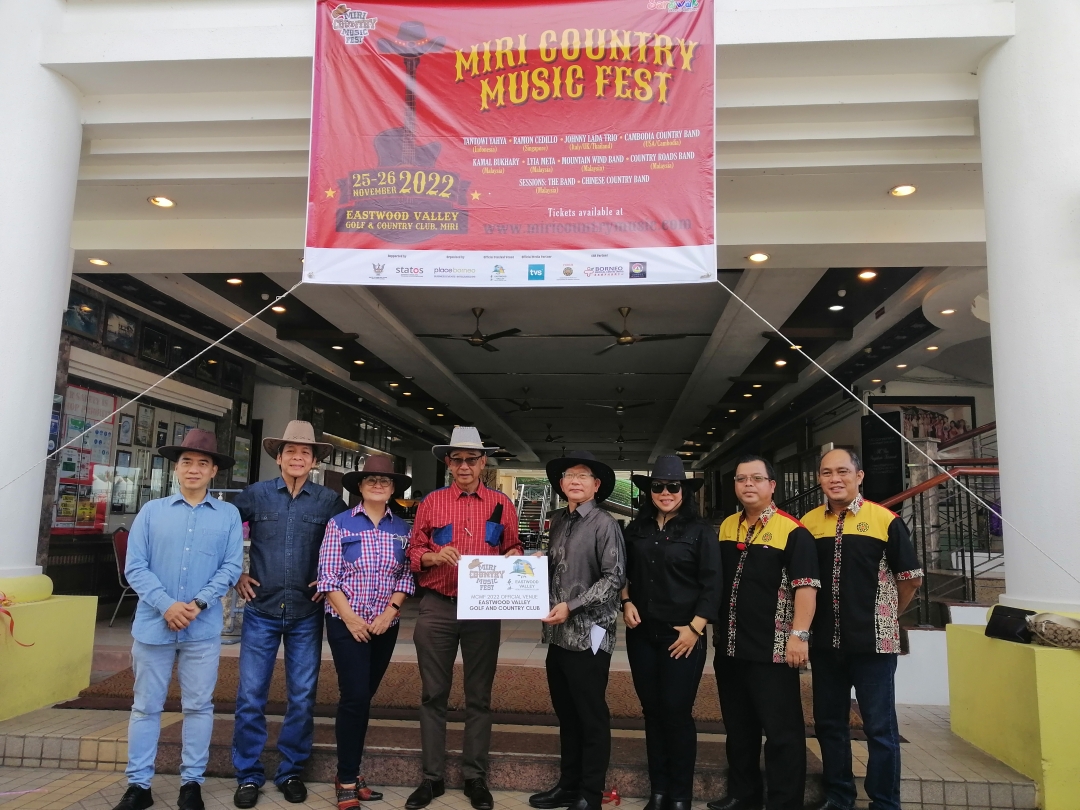 According to Minister of Tourism, Creative Industry and Performing Arts Dato Sri Abdul Karim Rahman Hamzah, the BJF, which kicked off on Friday and would run until today, had all its tickets, including the last-minute issuance, snapped up on the first day.

“We were initially worried about how the response to BJF this year would be after having been putting it off for two years and especially with the Brunei borders having yet to reopen, but the first day (of the festival) had given us a great surprise.

“It actually gave us the confidence to look forward to other tourism events such as the MCMF,” he said at a press conference here yesterday, adding that the limited number of tickets to BJF was partly due to the space limitation at Coco Cabana.

The minister assured all that the MCMF ‘would happen, fully physical’ at the Eastwood Valley Golf and Country Club here.

“Throughout the years, it has featured many local and international bands with different styles of country music, with the foreign talents coming all the way from Singapore, Indonesia, Australia, the US, Britain, Germany, and Czech Republic.

“It is good to see that MCMF supports both Malaysian and international country music performers as this gives Sarawak’s own musicians a platform to showcase and promote their music alongside their international counterparts,” said Abdul Karim.

MCMF 2022’s international line-up would include Tantowi Yahya from Indonesia, Johnny Loda Trio with their Italy, UK and Thailand background, Cambodia Country Band from US/Cambodia, and Ramon Cedillo from Singapore.

The Malaysian performers would be Kamal Bukhary and Lyia Meta, as well as Miri’s own Sessions a.k.a session:theBand, Country Roads, and Mountain Wind.

Adding on, Abdul Karim commended the MCMF organiser for staging the festival in Miri, which he regarded as ‘the gateway to Sarawak’s tourism attractions in the northern region’.

“MCMF had partnered with Sarawak Trade and Tourism Office Singapore (Statos) to market the event, which is a good move as we can now heavily promote this festival in Singapore.

“With direct flights under Singapore’s special tour packages inclusive of MCMF tickets, this (strategy) creates Sarawak holiday tour package with two nights of country music fiesta,” he said, adding that the festival-goers could explore many tourism destinations in the state’s northern region during their stay here, such as the World Heritage Site Mulu National Park and the Bario Highlands.

He also expressed hope to see more participation from the private sector towards creating more homegrown events, and in this respect, he gave his assurance that his ministry would help to market these events and eventually, promote Sarawak as an exciting destination for culture adventure, nature, food and festivals (CANFF) tourism.

“This is very much the kind of partnership that my ministry wants to see,” he added.

For more information about the festival’s ticket purchase, go to www.miricountrymusic.com, or search ‘Miri Country Music Fest’ on Facebook.