Saturday, December 3
You are at:Home»News»Nation»Don’t baulk at voting because you’re disillusioned now, Pakatan youth leaders tell Malaysians ahead of GE15 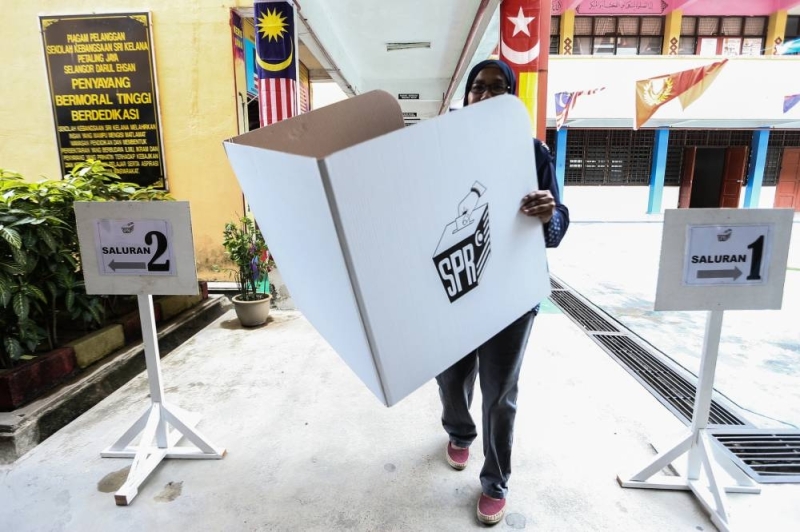 DAP Youth legal bureau head Quratulain Atiqah Norzahirul Anuar reminded those who were disillusioned of the value of voting and cautioned that refusal to exercise their right would only mean the same people now in power would remain in charge. – Malay Mail photo

KUALA LUMPUR (June 26): Fresh faced politicians took centre stage at Pakatan Harapan’s (PH) ceramah circuit at Dataran Pantai Morib last night, seeking to galvanise Malaysians to go to the election box in the coming national election, even though a date has yet to be given.

Each of the less than familiar faces spoke about the widespread disgruntlement over rising living costs and sought to create an empathetic connection with the everyman, recognising that the hurdle they had to overcome was creeping political disillusionment.

“I hear many youths, they are disappointed with politics, they said ‘I don’t want to vote, it’s still the same whoever I want, vote for PH in the end BN becomes government’,” DAP Selangor Youth deputy chief Tan Wee King said in the Jelajah Harapan Selangor ceramah, which was also aired live on Facebook.

“I said, ‘if you are disappointed, you don’t want to vote, our fates are decided by the 5 per cent and they won’t listen to us, they won’t care’,” he added.

He stressed that giving up on voting would not be the correct approach.

“This is a reality that we face, but I always tell them: If don’t want to vote, our future will be quite bad,” he said.

Tan, who runs a restaurant, shared his experience of feeling the pinch from price hikes since last October. One by one, he listed the price changes of raw food items: Tomatoes now cost RM5 per kg from RM2; a tray of eggs is now RM12 compared to RM6; chicken which used to be RM7 to RM8 per kg before last October have since increased to up to RM12 per kg in the markets which is beyond the ceiling price for a whole chicken.

He observed that more people were looking to save money by cooking at home instead of eating out.

He commiserated with those who found that RM50 afforded them fewer things, adding that salaries were stagnant even as workers grappled with transport costs.

“That is the reality for our youth, but our federal government does not notice, they only think I want a general election,” the Kuala Langat councillor said.

But he said dissolving the government for elections would not change life for Malaysians if the same leaders were re-elected to power again, and pointed to the situation in Melaka and Johor after their recent state elections.

Tan also disclosed his engagement with ethnic Chinese voters who were businessmen and purported to support PH but insisted on not rocking the boat for the sake of political stability.

“This is a big problem. Here I ask our friends, like it or not, must come out and vote. This is something very important to me. If you don’t vote, however much you scold also no use,” he said, noting that prices of goods would continue to increase.

“I ask all youths, we don’t have empty talk, just criticise at the kopitiam or food court, we come out and vote, we as youths come out and determine for our youth, not just be disappointed with politics and then give up on everything,” Tan said.

At the same event, DAP Youth legal bureau head Quratulain Atiqah Norzahirul Anuar shared her experience as a first-time voter in Election 2013 when she was 22 years old.

Quratulain Atiqah said her young Instagram followers asked her for advice on youths who had already given up on politics, advice for youths who wanted to join politics but are hesitant, and advice for new voters who have turned 18 but do not know what to do.

She said her simple reply to youths is that the fact that they feel disappointment, anger or tired with the current state of politics was normal and meant that they still had awareness, but said such feelings do not indicate that they had given up.

She spoke of changing attitudes among Malaysians who voted in Election 2018 believing their country would change for the better after PH won federal power, only to feel let down after the political shenanigans from the Sheraton Move.

“But I always remind myself, I always remind friends who ask, the fact that you are disappointed, you are angry is not that you give up, it’s just that you know there are things we have to do, that we have to correct, because of that, we cannot give up. “And that is the same thing I always remind youths,” she said, stressing that such feelings of anger, sadness, disappointment does not mean that Malaysians have to give up.

To those feeling disillusionment, Quratulain Atiqah reminded them of the value of voting and cautioned that refusal to exercise their right would only mean the same people now in power would remain in charge.

“Don’t give up because Malaysia is our country and the future of Malaysia is in our hands,” she implored.

In his speech, Parti Amanah Negara youth wing’s committee member Abbas Azmi chose to focus on the benefits Selangor residents received under the state PH government and said the rest of the country could enjoy similar benefits if the coalition returned to federal power in GE15.