Sunday, October 2
You are at:Home»News»Crime»3 bikers nabbed after being caught performing ‘wheelie’ stunt in Petra Jaya 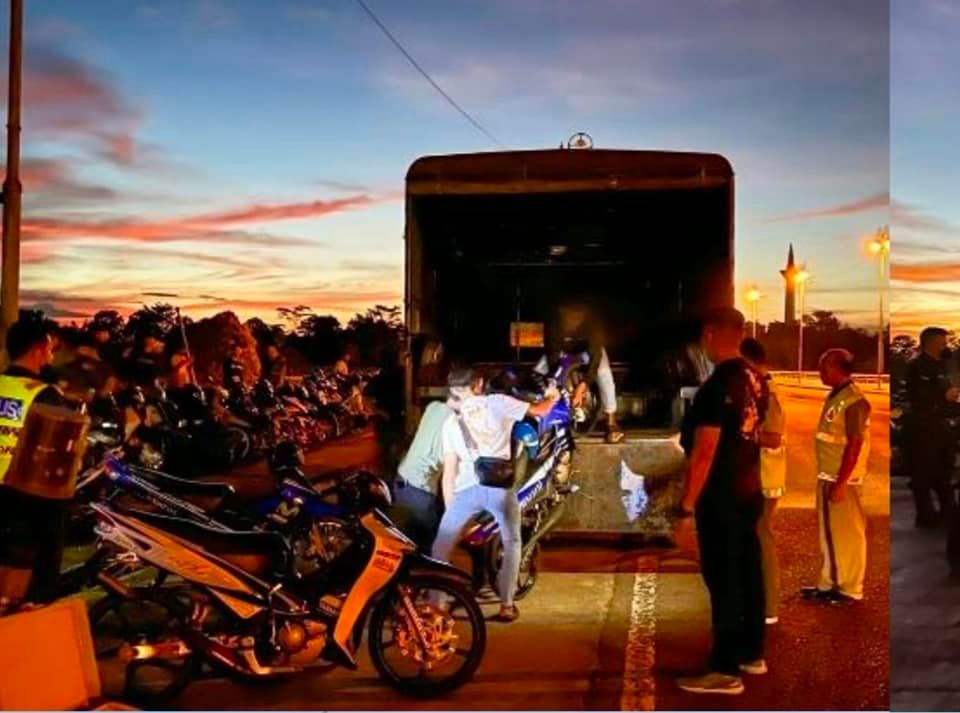 Some of the motorcycles that were seized by the police during ‘Op Samseng Jalanan’ on Sunday.

KUCHING (June 28): Three motorcyclists were arrested by the police after they were caught performing a ‘wheelie’ stunt at Bangunan Baitulmakmur (Masja) area in Petra Jaya here on Sunday.

Kuching police district chief ACP Ahsmon Bajah in a statement said the suspects, aged between 18 and 20, were caught performing the stunt during an operation dubbed ‘Op Samseng Jalanan’ conducted from 4.30pm to 11pm.

“They were brought to Kuching district police headquarters for further action. The case is investigated under Section 42 (1) of Road Transport Act 1987.

“If found guilty, the suspects will be fined between RM5,000 and RM15,000 and an imprisonment of not less than five years and will be disqualified from their driving licenses for up to five years,” he added.

Meanwhile, Ahsmon said a total of 143 summonses were issued during the operation for various traffic offences.

Out of the total summonses, 22 were issued for modifying vehicle equipment, registration number not following the specified specifications (19 summonses); no side mirrors (18 summonses); as well as various other traffic offenses.

“The operations team had also inspected 55 vehicles and 67 individuals, while 20 motorcycles were seized for further inspection,” he added.

Previous ArticleStats Dept: Selangor, Penang and Sabah emerged as top importers of wheat in May 2022
Next Article Youth who punched man due to misunderstanding over Facebook comments fined RM1,500