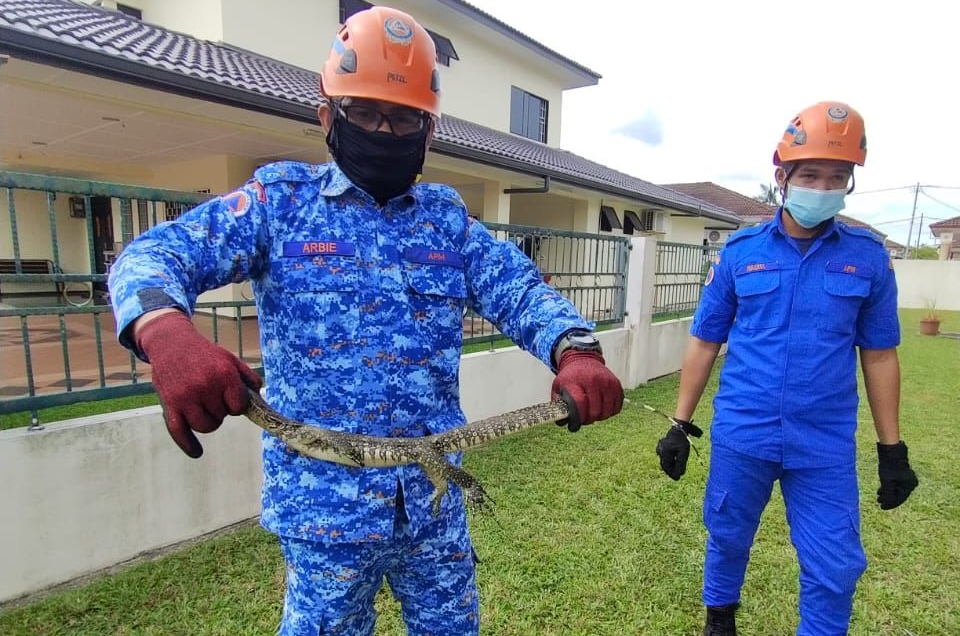 APM personnel showing the monitor lizard they captured in the drain of the complainant’s house.

MIRI (June 28): A 47-year-old woman was shocked to discover a juvenile monitor lizard in the drain of her house compound at Desa Pujut in Bandar Baru Permyjaya here this morning.

After receiving a call at 9.49am, the Miri Civil Defence Force (APM) despatched a team of four personnel to the scene, said Miri APM officer Usman Harto.

“Upon their arrival, the team found the monitor lizard in the drain.

“The operation continued by using special equipment to capture the reptile before it was released back to its natural habitat,” said Usman.