Monday, November 28
You are at:Home»News»Sabah»Ongkili: I’ll quit as PBS president in 3 years or earlier 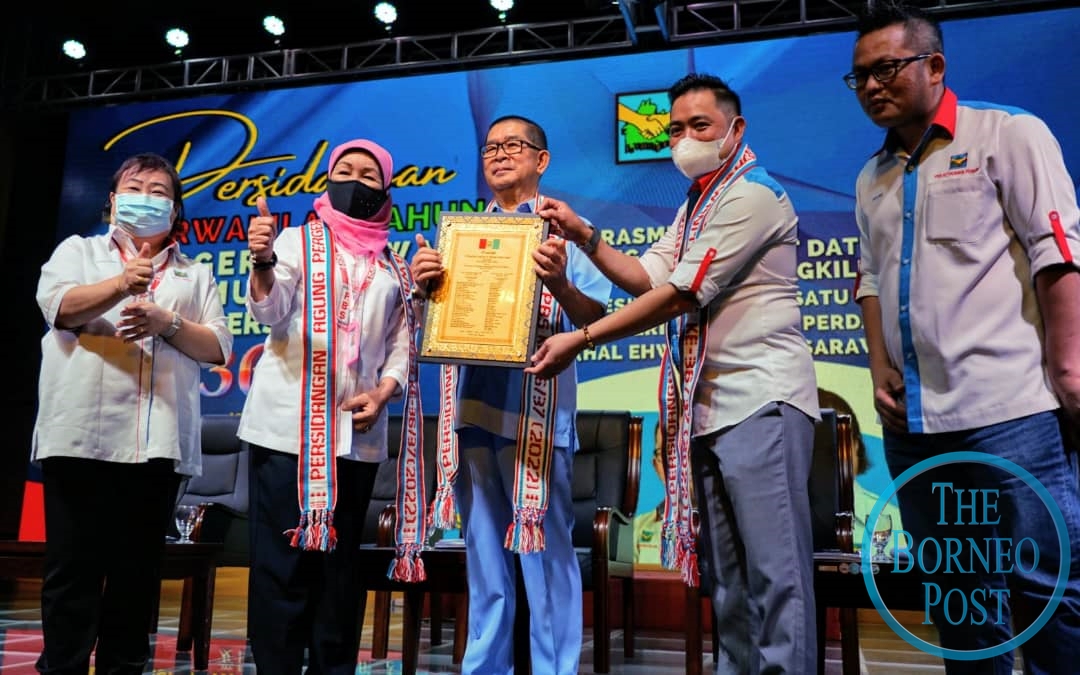 Ongkili, who was met after officiating PBS’ Women and Youth movement’s annual congress, said he is looking at a time frame of three years for the new party president to take over.

“Yes, I said in three years so that there is a time frame for the party… at least they know that Maximus said he is finishing off by the congress in three years or even before,” he said.

Ongkili said this when asked to comment on his speech earlier where he mentioned that he would be resigning as party president in three years.

“We can begin to identify potential candidates (for the presidency) and I think we should be able to do that from the party election on Thursday. They have yet to prove themselves (but) give them a chance to get ready to do the changeover later,” he said.

Meanwhile, when asked about the outcome of the trip to London to search and study any references related to the Sabah’s rights under the Malaysia Agreement 1963 (MA63), Ongkili said that it was a fruitful one.

“There were some discussions there (as) there were some Sarawakian leaders there. Of course we (now) need to sit down and analyse what needs to be extracted and used by Sabah when making the relevant claims.

“For the moment, our focus is on financial, a few continental shelf and boundaries. There is much that we can do but in the end, it will be up to the state to take it up further. At the federal level, we will provide the avenue and space for then to do subject to specific claims.

“There was a lot of data (and) it depends on how far you (state government) want to push it and follow through,” the Minister in the Prime Minister’s Department (Sabah and Sarawak Affairs) said.

On June 19, Ongkili led a group of legal experts, researchers and officials from the Federal and Sabah governments on a week long trip to London to search and study any references related to the state’s rights under the MA63.

“Preliminary research showed over 300 documents referring to our rights and matters related to the MA63 are at the National Archive in London. There have been so many misconceptions and it is time to set the records right. MA63 is not just an agreement, therefore we need all the facts and figures to enable us to make claims that are rightfully ours,” he said prior to the trip.

Ongkili stressed that it was vital for the team to do their homework, so the rights of Sabah and Sabahans are protected.

Among those in the team are Sabah Attorney General Datuk Nor Asiah Mohd Yusof; the Sabah’s envoy to Brunei, Indonesia, Malaysia, the Philippines – East Asean Growth Area Tan Sri Pandikar Amin Mulia, as well as legal and top officials from MHESS and BHESS, aa well as the Sabah Chief Minister’s Department.

Previous ArticleYouth who punched man due to misunderstanding over Facebook comments fined RM1,500
Next Article Unido Maeesta programme helps save energy of RM26.2 mln a year