Monday, February 6
You are at:Home»Lite Stories»Sarawakian Grab rider goes viral with ‘gibberish’ TikTok videos, confuses users with his ‘language’ (VIDEO)
For the freshest news, join The Borneo Post's Telegram Channel and The Borneo Post on Newswav. 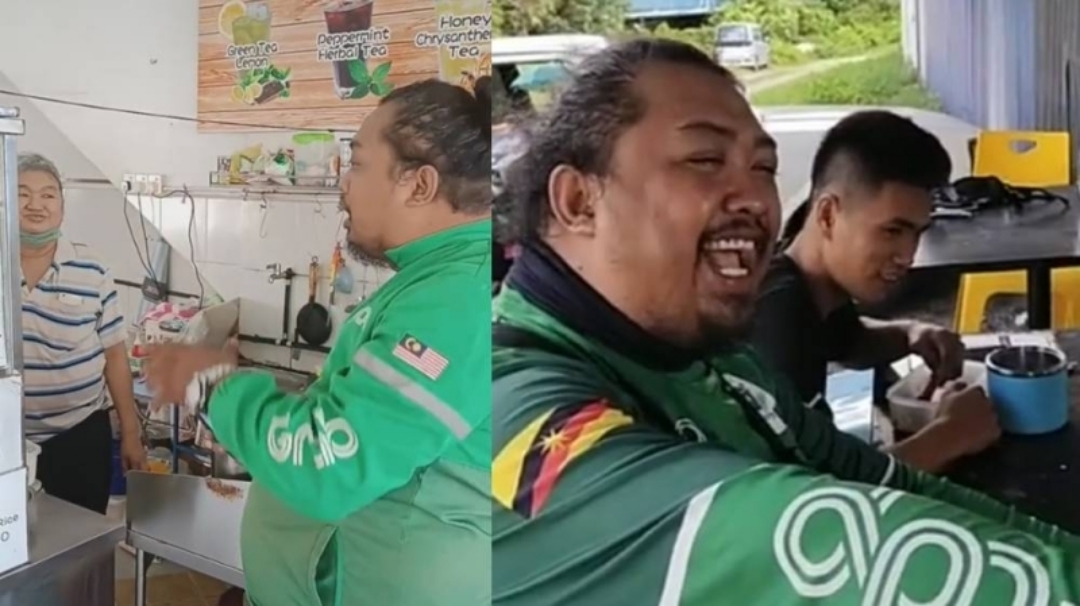 KUALA LUMPUR (June 29): Life as a Grab rider can be tedious sometimes.

Especially when you are waiting for orders to come in or hanging outside restaurants to pick the orders up.

One rider in Sarawak has found a solution to it: Take comedic videos and post them on TikTok.

The rider, who is known as Khairul or ‘Ar Ar’, recently went viral when he spoke gibberish that was supposed to be Cantonese to a clueless hawker stall uncle, and posted in on his comedy account, Pakwe Rangers.

Previously, in another viral video, Khairul also spoke bahasa rojak to a Chinese customer in a restaurant while laughing at his own jokes.

“Both of the viral videos were made entirely spontaneously,” Khairul told Malay Mail.

“In Sarawak, nobody really cares about race, we all speak a little bit of each other’s language, Chinese, Tamil, and Malay.”

He typically hangs out with fans of his comedy group, Pakwe Rangers, and will somehow come up with random jokes and skits.

Inspiration hit when the rider was in the middle of a coffee break with a friend and saw a Chinese hawker stall vendor.

“I asked the uncle politely if I could film him in the coffee shop and he agreed, then I performed my bit.”

Online commenters were tickled at the confusion of the Chinese uncle, pointing out the ridiculousness of the broken Cantonese spoken.

“I don’t mean to make fun of the Chinese language, it’s just from what little I know,” the rider said.

“I make stupid jokes for people to laugh online. It’s not that deep.”

When he is not doing his rounds as a Grab food rider, Khairul is an emcee and does comedy for weddings, company events, and product launches.