Tuesday, September 27
You are at:Home»News»Nation»Student unions say will march if cost-of-living crisis not addressed 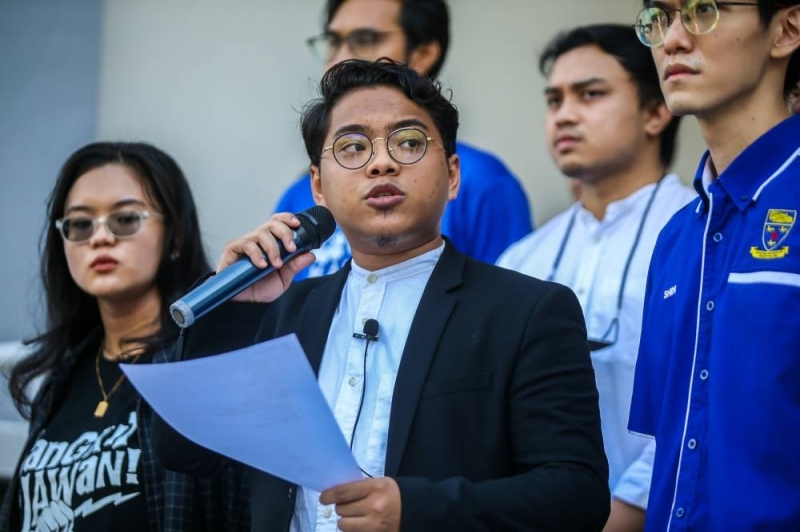 GOMBAK (June 29): Several student bodies said they will take to the streets if their demands are not met following the removal of subsidies amid the cost-of-living crisis.

Their representative Aliff Naif Mohd Fizam today demanded that the government continue existing subsidies, control the price of goods on campus, provide food security solutions as well as cut the wages of both ministers and deputy ministers to help the people.

“In this regard, we as a student movement that not only represents the voice of students, but also that of the people, call on all component parties of Barisan Nasional, Pakatan Harapan, Perikatan Nasional, Gabungan Rakyat Sabah, Gabungan Parti Sarawak, Muda and Parti Sosialis Malaysia as well as non-governmental organisations (NGO) to join this cause so that we can continue to safeguard everyone’s future together, whether from the Opposition or the government.

“Listen to our demands, or we are taking to the streets,” he told a press conference at the International Islamic University Malaysia (IIUM) here today.

Aliff, who is also president of the IIUM student union, did not give a timeline but said it would be announced once some subsidies cease on July 1.

Other than the IIUM student union, other student bodies involved in the press conference were the University Malaya Student Union, Congress IIUM, Virtue IIUM, Demokrat University Kebangsaan Malaysia, Angkatan Mahasiswa Universiti Malaysia, and Umany, along with 12 others student bodies from other parts of the country.

Last week, the IIUM and UM student unions announced that they are demanding that the government lower food prices.

They criticised the government’s decision to discontinue the subsidy for bottled cooking oil which they said was made without taking into consideration the rakyat’s circumstances.

“BKM recipients cannot survive on RM100 for very long if the price of essential goods keeps going up,” they said. — Malay Mail