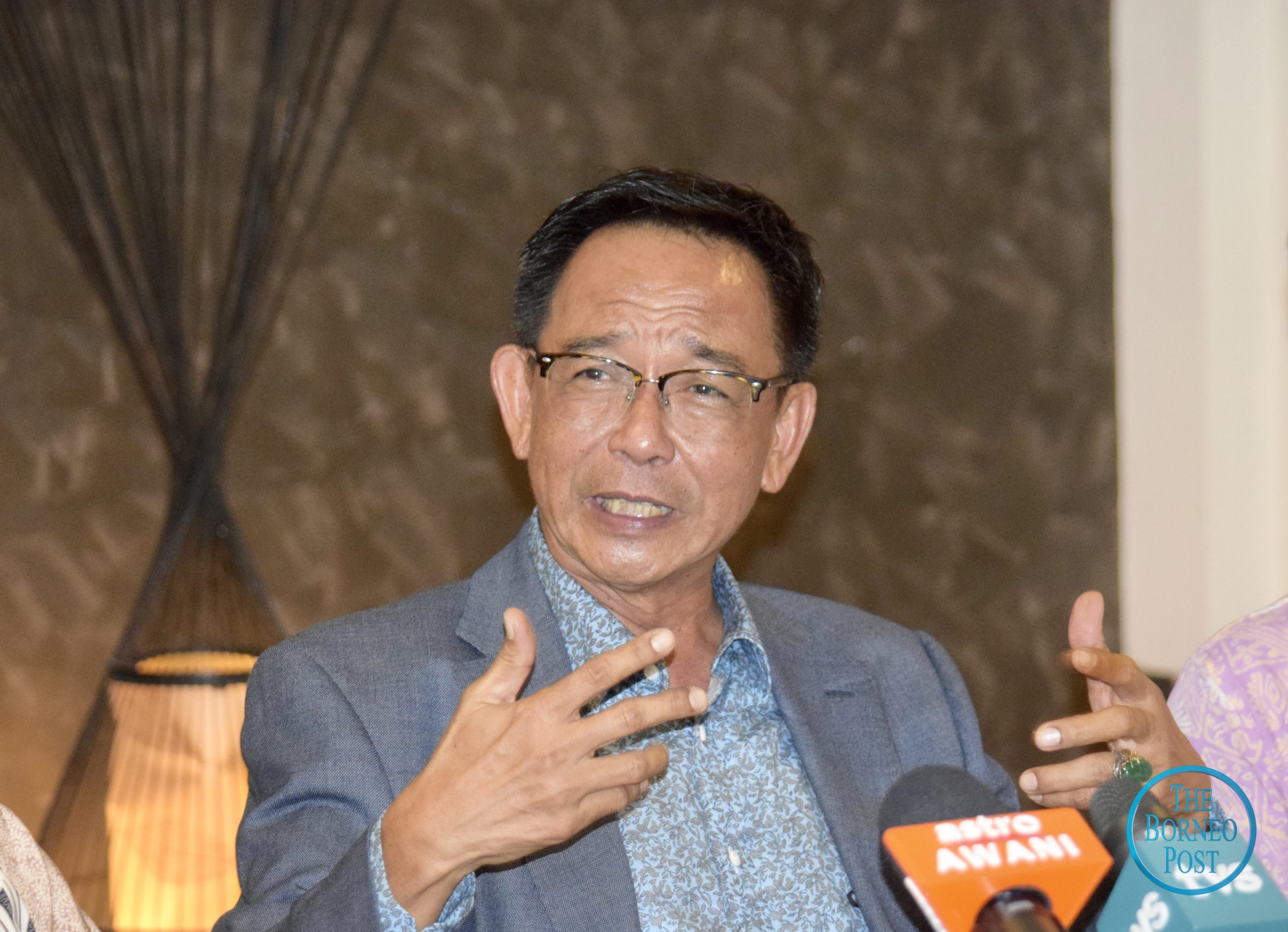 Abdul Karim emphasises a point during the press conference. – Photo by Roystein Emmor

KUCHING (July 1): The completion of the Centre of Performing Arts will ensure Sarawak’s performers have an avenue to showcase their talents in future, said Dato Sri Abdul Karim Rahman Hamzah.

The Minister of Tourism, Creative Industry and Performing Arts said the centre at the old State Legislative Assembly (DUN) building could benefit both budding and veteran performers.

“Hopefully in the next few years, with the completion of the Centre of Performing Arts, it could be a place for Sarawakian performers/talents to entertain and be able to showcase culture and music to us,” he told a press conference for the What About Kuching? (WAK) 2022 Call for Proposal launch yesterday.

He said performances at the centre could potentially be held every week or on a monthly basis.

Abdul Karim admitted there is currently a lack of avenues for talented and creative minds within the performing arts industry.

“We are still growing and, I have to admit, there is a need for something like this, there must be an avenue for those performers to able to showcase their talents.”

He said the state government supports and would contribute to the development and growth of the industry in the state.

“This is why we’ve got home-grown festivals with a lot of them who performed, be it Rainforest World Music Festival (RWMF), Miri (Borneo) Jazz Festival, or Miri Country Music Fest (MCMF), and also minor festivals held in the state, as a performing avenue for those talents,” he said.

According to him, such festivals are avenues for musicians to showcase their talent and part of the ministry’s hope to develop a pool of quality entertainers.

He pointed out that Premier Datuk Patinggi Tan Sri Abang Johari Tun Openg had given a directive for the Sarawak State Symphony Orchestra (SONS) to perform not only in Kuching, but also other areas such as Daro, Asajaya, and Betong.

He added the Sarawak Arts Council would also help to develop the industry.

Previous ArticleAnnuar: No more ‘iron wall’ between govt, Opposition
Next Article Bersih: Kuching town hall to continue despite chairman being barred from Sarawak