Sunday, November 27
You are at:Home»News»Sarawak»Uggah: Replica of Kubu Rentap to be built at Bukit Sadok 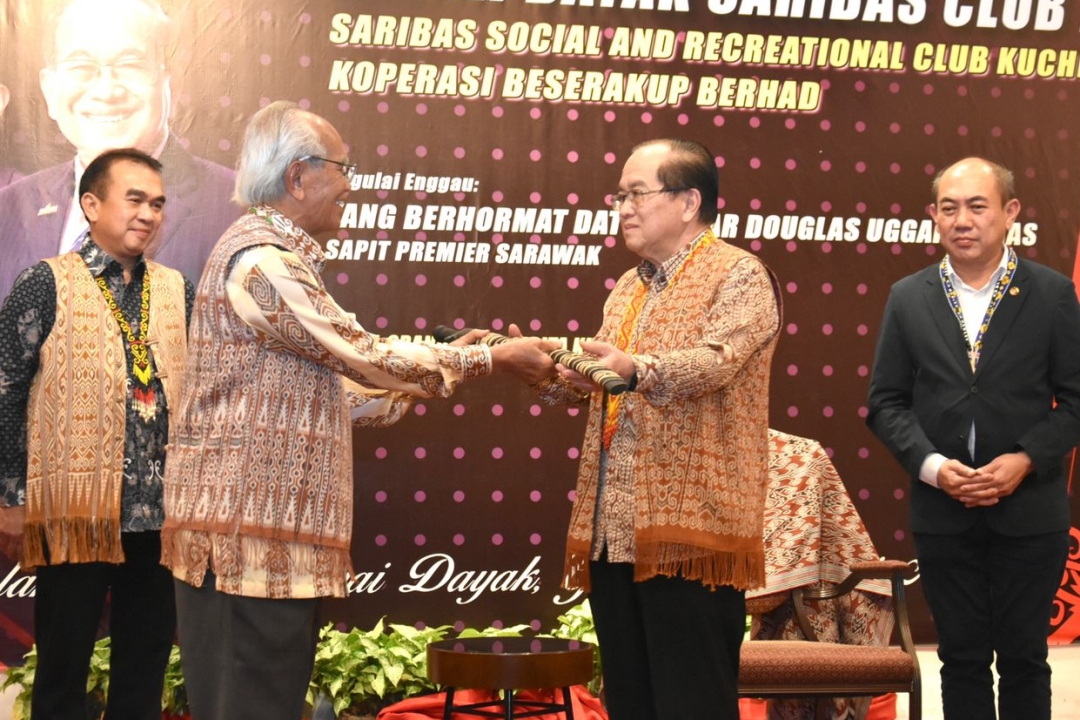 Jabu (second left) presents an Iban sword to Uggah during the Saribas Club Gawai dinner, while Chuat (left) and Rentap (right) look on.

In a recent meeting with the architectural firm designing this fortress replica, he had requested for a traditional longhouse to be included  within the fort area and a statue of Rentap at the Visitors’ Gallery on the foothill.

A replica of Rentap’s canon ‘Bujang Timpang Berang’ used in the war against the Brooke Army will also be among decorative components in a gallery displaying various weapons used in the past.

‘Kubu Rentap’ will be the latest tourist attraction in Betong accessible via Pan Borneo Highway as well as the Second Trunk Road (STR) and Bebuling Short Take-off and Landing Airport (Bebuling STOLport).

On another matter, Uggah said efforts to promote modern agriculture with Internet of Things (IoT) will continue as some 500,000 hectares have yet to be properly developed.

He encouraged youths to take up the challenge of becoming modern farmers and agropreneurs.

Regarding Saribas Club, Uggah lauded former deputy Chief Minister Tan Sri Alfred Jabu who co-founded the club which has grown into a ‘tree’.

“We will continue to nurture it to grow even bigger and stronger for the benefit of Saribas folks living in the city,” he added and announced the appointment of Political Secretary to the Premier Dr Richard Rapu as its new chairman.

Meanwhile, in his address Jabu paid a glowing tribute to Uggah for being an outstanding leader from the state Dayak community, notably as chairman of State Disaster Management Committee in the fight against the Covid 19 pandemic.

Previous ArticleKPDNHEP: Ceiling prices for chicken, eggs to benefit people from all levels of society
Next Article KPDNHEP: Only 3 polypacks of 1kg subsidised cooking oil per customer allowed