Thursday, August 18
You are at:Home»News»Sabah»BN to use PKPKPK formula to attract fence-sitters in GE15 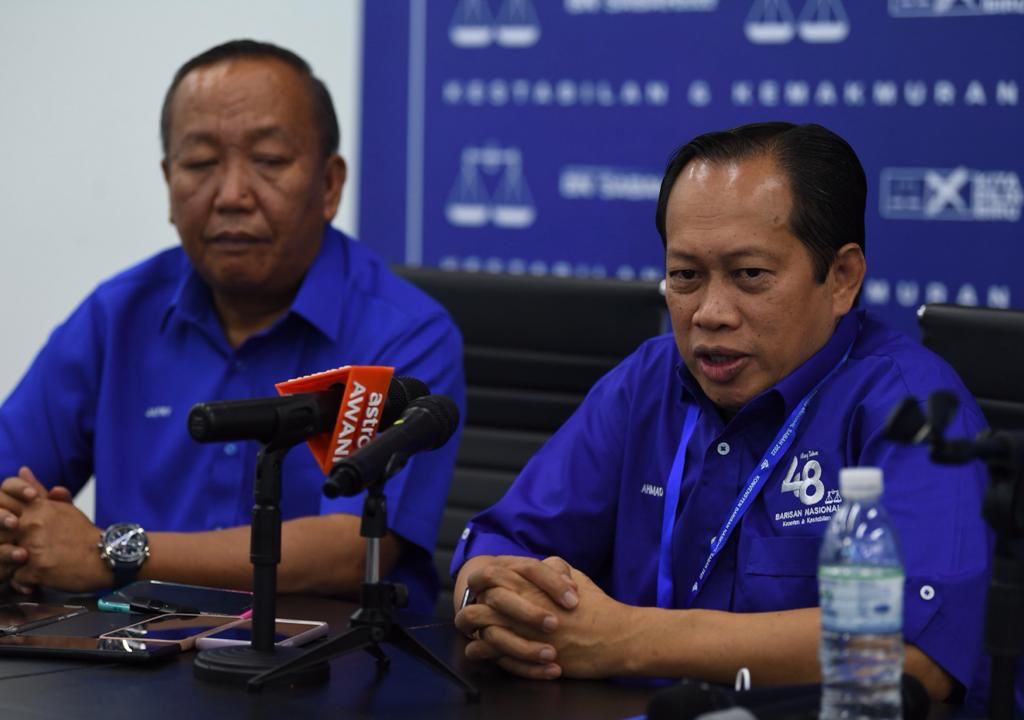 PENAMPANG (July 2): Barisan Nasional (BN) will use the PKPKPK Formula to attract voters, especially the fence-sitters in the coming 15th General Election (GE15).

Umno secretary-general Datuk Seri Ahmad Maslan said the PKPKPK Formula – Pendidikan (education), Kemahiran (skills), Peluang Berniaga (entrepreneurship opportunity), Kerja (job), Perumahan (housing) and Kebajikan (welfare) — are the promises given by BN to the voters, and should be considered by the fence-sitters.

“BN needs to be aggressive in their approach to win the fence-sitters and we must go closer to them through various approaches because whoever win their hearts, they will have a bigger chance,” said Ahmad Maslan at a press conference after launching the 2022 Sabah BN Convention at ITCC Grand Ballroom, here on Saturday.

According to Ahmad Maslan, the momentum of BN victories is an indication of a good chance for the coalition to win in the federal level, and the data have been shared with delegates at the convention.

“In my speech, I have shared the data of BN victories to remind our supporters that if we keep that momentum up, we could win back in Malaysia level.

Meanwhile, Sabah BN secretary-general Datuk Jafry Ariffin who is the organising chairman of the convention, said the event had been focusing on the election machinery, reminding them to be fully prepared for GE15.

“We will have Gelombang Biru gathering in six different locations throughout Sabah, where we will be calling our hardcore supporters to listen to speeches and messages from our leaders.

Some 6,000 delegates attended the convention.

Previous ArticleAbg Jo says will try his best to have Deepavali gazetted as public holiday in S’wak
Next Article PM Ismail Sabri: There is only one camp in Umno