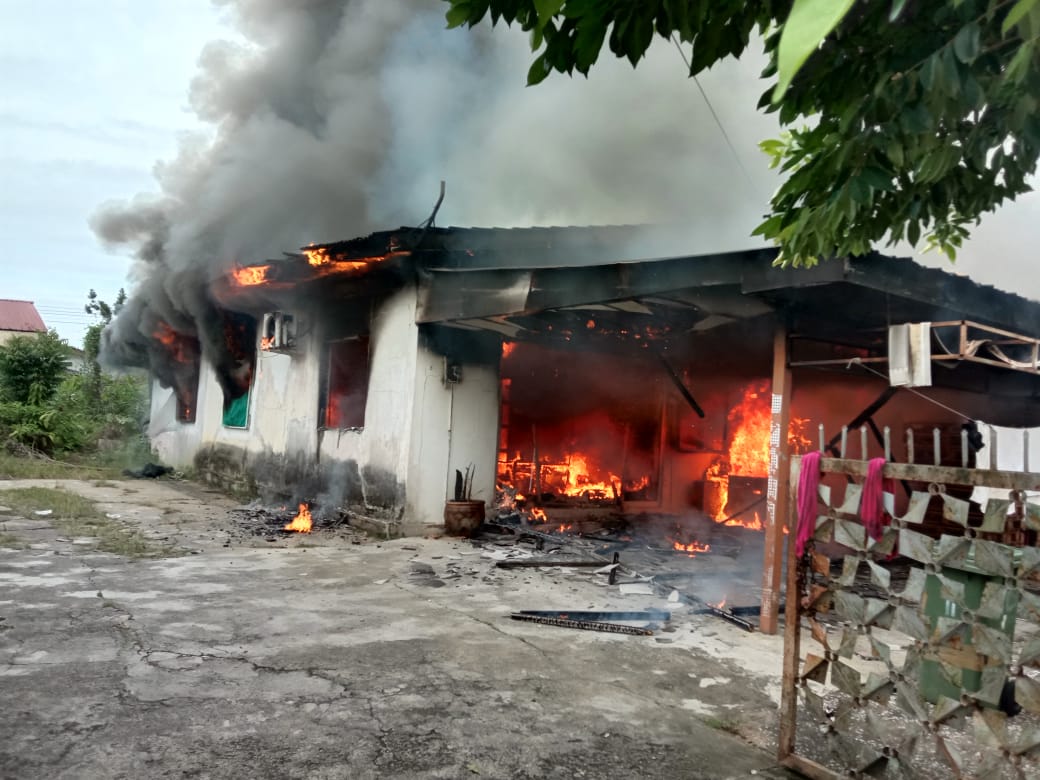 A Bomba photo showing the house that was on fire this morning.

KUCHING (July 3): A single-storey house was almost totally destroyed by a fire at Jalan Pearl Park, Mile 3 around 8.30am this morning.

The Sarawak Fire and Rescue Department (Bomba) in a statement said the house which measured to about 149 square metres is home to a family of 12, consisting of three men, five women, three girls and a boy.

According to Bomba, all of them managed to flee to safety and did not sustain any injuries.

At the scene were firefighters from the Batu Lintang fire station who managed to control the fire at 9.05am by using two water nozzles.

By using the offensive and defensive fire fighting strategies, the fire was totally extinguished at 11.05am.

Also at the scene were the police personnel and Sesco technicians.