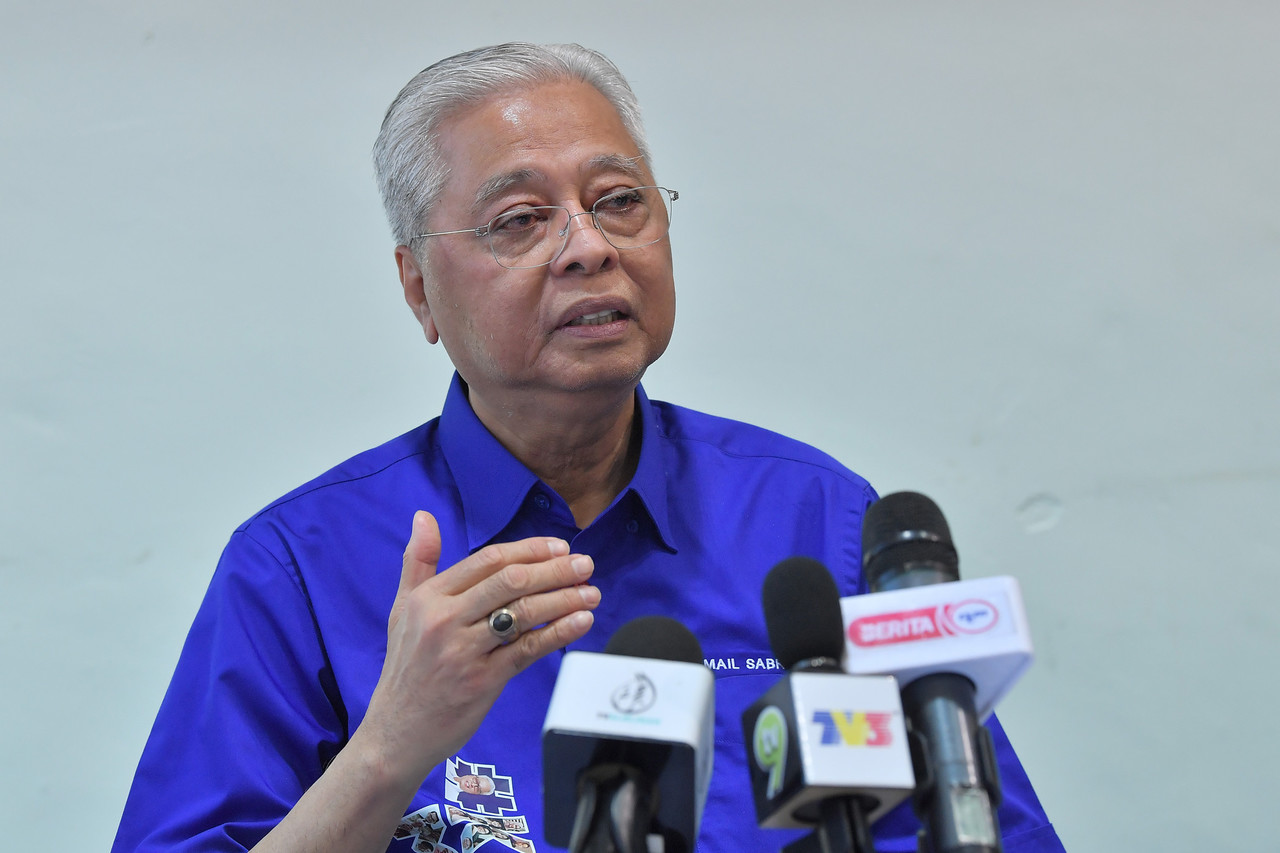 Ismail Sabri speaks during a press conference in Bera on June 19, 2022. – Bernama photo

The prime minister, who arrived at the venue at about 11.30 am was  welcomed by Perak Menteri Besar Perak Datuk Seri Saarani Mohamad and Pasir Salak Member of Parliament (MP) Datuk Seri Tajuddin Abdul Rahman, accompanied by the beat of the “kompang” by about 30 members of the Kompang Kampung Gajah Association.

The state-level AKM tour,  which opened its doors last Friday,  was expected to attract  more than 30,000 people.

The AKM Tour, inspired by Prime Minister Datuk Seri Ismail Sabri Yaakob, is a continuation of the successful organisation of the 100-Day AKM programme at the Kuala Lumpur Convention Centre (KLCC) from Dec 9 to 12 last year.

In his speech, Ismail Sabri said  today’s challenges,  including the changing global economic scenario, could not be addressed by the government alone and required the implementation of proactive measures through the modification of certain policies.

“I’m hoping for Keluarga Malaysia (Malaysian Family)  to be the ‘eyes and ears’ of the government in ensuring that there is no subsidy leakage.

“The Keluarga Malaysia concept is very important to unite us all, regardless of differences in religious and and political beliefs,  to work together to face it,” he said.

He said now was not the time to point fingers, but for all quarters to pool resources to face the challenges and further drive the Malaysian economy.

He said this proved that the tour benefited Keluarga Malaysia because they were given the opportunity to give feedback that could help improve the services by the ministries and government agencies.

“It also proves that the Keluarga ​​Malaysia inspired by the government is not just a mere rhetoric or slogan, but the interests and well-being of the people continue to be preserved… it is like caring for a family,” he added.

Ismail Sabri said the practice of living together had  continued for the past six decades and needed to be defended, and strengthened despite the challenges ahead.

“The concept and approach of Keluarga Malaysia is not something that is difficult to understand because it is actually based on the existing values ​​that we have in a family,” he said. – Bernama