Sunday, October 2
You are at:Home»News»Nation»PM: Govt looking into ways to address rising prices of goods, will not let people suffer 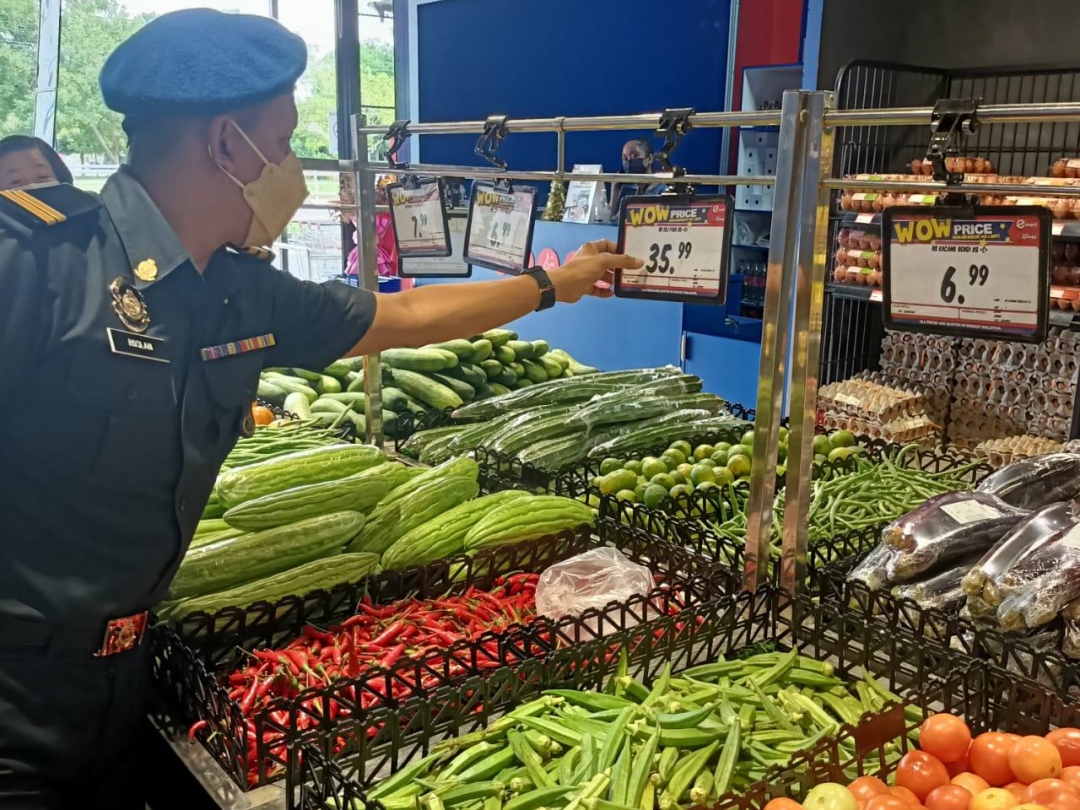 An officer inspecting goods at a shop. – File photo

PASIR SALAK (July 3): The government will look into ways and means to address the rising prices of goods and will not let the people to suffer, said Prime Minister Datuk Seri Ismail Sabri Yaakob.

“(Under) The previous government, the people struggled, but  we (the current government) are looking for ways so that the people are not burdened. Never in history, do we give subsidy so that prices do not rise.

“The government provides subsidy of RM77.7 billion, namely for chicken, fuel, electricity, eggs, cooking oil and water. We take short, medium and long term actions to ensure the people are not burdened with the increase,” he said when closing the Perak Jelajah Aspirasi Keluarga Malaysia or Malaysian Family Aspiration (AKM) Tour at at the Datuk Sagor Circuit, Kampung Gajah here.

According to Finance Minister Tengku Zafrul Abdul Aziz, the government’s projected expenditure of RM77.3 billion for consumption subsidies in 2022 so far is the highest subsidy in history ever borne by any government.

Ismail Sabri said  the present government is a government that will provide assistance, either in terms of material or support, in nurturing the spirit of unity in finding common ground in diversity.

“The government will continue to consistently focus on programmes and initiatives that bring prosperity and and benefits to  Keluarga Malaysia. This is done to ensure that no one is left behind or no one will be left behind,” he said.

Ismail Sabri also hit out at some parties for accusing the government of not doing anything and not taking any action on the issue of the rising cost of living.

“The government is aware that the price of many goods has increased. I did a random survey myself at business premises, supermarkets and so on to see for myself the phenomenon of the rising prices of  goods, ” he said.

On Perak’s development and progress, Ismail Sabri said he was satisfied and happy because various programmes  had been and would be planned to be implemented.

“I am happy when the state government strengthens its tourism industry by branding Pangkor as a nautical marine tourism destination through the Pangkor International Marine Tourism Conference 2022 (PIMTC22).

“Apart from that,  there are 93 new and extension projects for the development of schools and educational institutions in Perak,” he added.

It involves  a cost  of RM654 million, making Perak the only state to offer this robotics facility, he added.

Meanwhile, under the National Rehabilitation Plan, he said,  the Northern Corridor Implementation Authority (NCIA) also implemented several programmes in Perak which offered 56,642 job opportunities,  while the Rural Development Ministry  (KPLB) had allocated RM1.77 billion to ensure the comfort and well -being of the rural population in the state. – Bernama