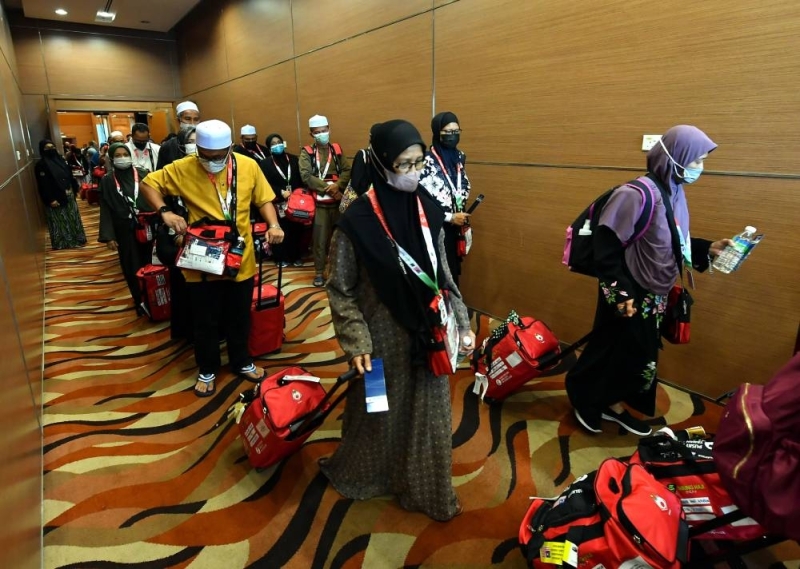 The first group of Malaysian Haj pilgrims are seen waiting for their flight to Saudi Arabia at the Movenpick Convention Centre in Sepang June 4, 2022. — Bernama photo

The efforts are being carried out with the Health Ministry (MoH) to ensure all prospective pilgrims have good health and meet the requirements set by the Saudi Arabian government, he added.

He also said that health examination is one of the proactive steps taken by TH to ensure that the pilgrims, who need to be in a situation where there are threats of diseases, are healthy.

“The health check is also more stringent in line with the regulations imposed by the Saudi Arabian government and MoH,” he told reporters at the Abraj Al-Janadriyah building, which houses TH headquarters and Malaysian pilgrim hostels, here.

According to Syed Saleh, since the arrival of Malaysian pilgrims on June 4, only conditions such as respiratory and skin problems as well as muscle cramps were referred to three medical centres provided by TH, adding that no dangerous diseases have been detected so far.

He said the health problems were due to factors such as congestion, movement to distant locations and hot weather of up to 48 degrees Celsius.

In addition, he said the percentage of Malaysian pilgrims who sought outpatient treatment and those who were admitted to the wards was relatively low compared to before.

“Those who are in the Holy Land are exposed to various diseases, especially when they are staying here for a long period of between 40 and 45 days. We cannot say that Malaysian pilgrims are not affected by any disease.

“The most important thing is that the health screening system has been working well and prospective pilgrims are healthy. We also have health facilities to treat those affected by any illness,” he said. — Bernama