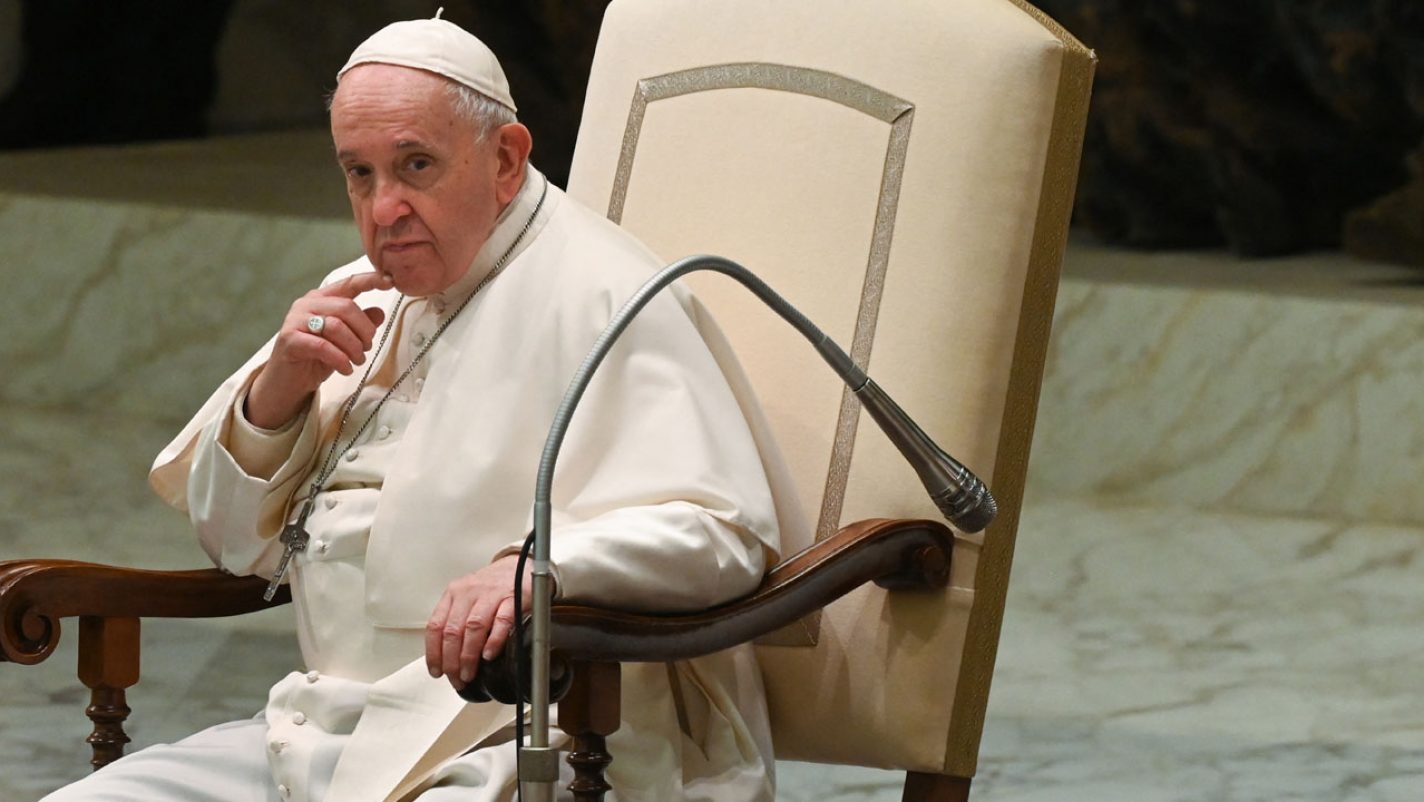 Pope Francis looks on during the weekly general audience on December 15, 2021 at Paul-VI hall in The Vatican. – AFP photo

VATICAN CITY (July 5): Pope Francis has rebuffed suggestions he may be readying to resign, saying in an interview published Monday that rumours he was suffering from a serious illness were “court gossip”.

But in the interview, which took place Saturday at the Vatican, he repeated his often-stated position that he might resign someday if failing health made it impossible for him to run the Church.

Francis said he had suffered a “small fracture” in his knee, which was treated with laser and magnet therapy.

The knee pain forced him to indefinitely postpone a July trip to Africa.

He denied rumours that he had been diagnosed with stomach cancer during his colon operation in July 2021, saying it was merely “court gossip”.

Francis will travel to Canada this month, after which he said he would like to travel to Moscow and Kyiv if possible.

The pontiff has repeatedly offered to help mediate in the war, saying he was hopeful for an invitation to visit Russian President Vladimir Putin following Russia’s invasion of Ukraine in February. – AFP