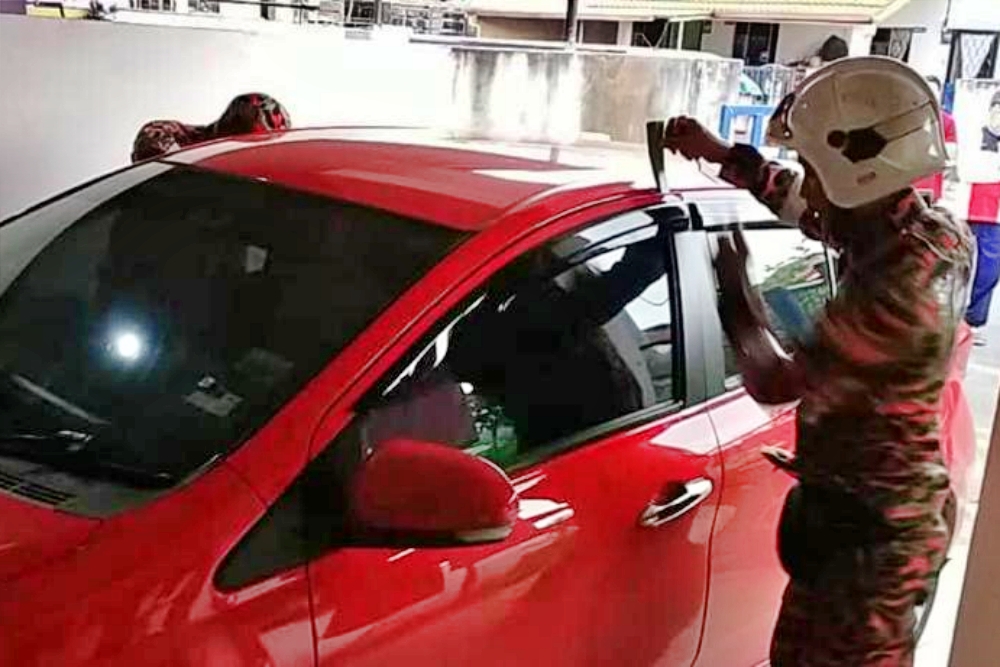 MIRI (July 6): A mother from Taman Tunku here faced anxious moments today after her toddler daughter ended up locked inside a car at their home.

Fire and Rescue Department (Bomba) Miri acting chief Ahmad Nizam Sapaiee said they received a distress call from the mother at 5.40pm and immediately dispatched a team to the house.

He said upon arrival, the team found that the 23-month-old girl was trapped inside a car parked on the porch.

Specialised tools were used to unlock the door and the child, who was not in distress, was handed over to her mother, he added.

The operation ended at 6.45pm.