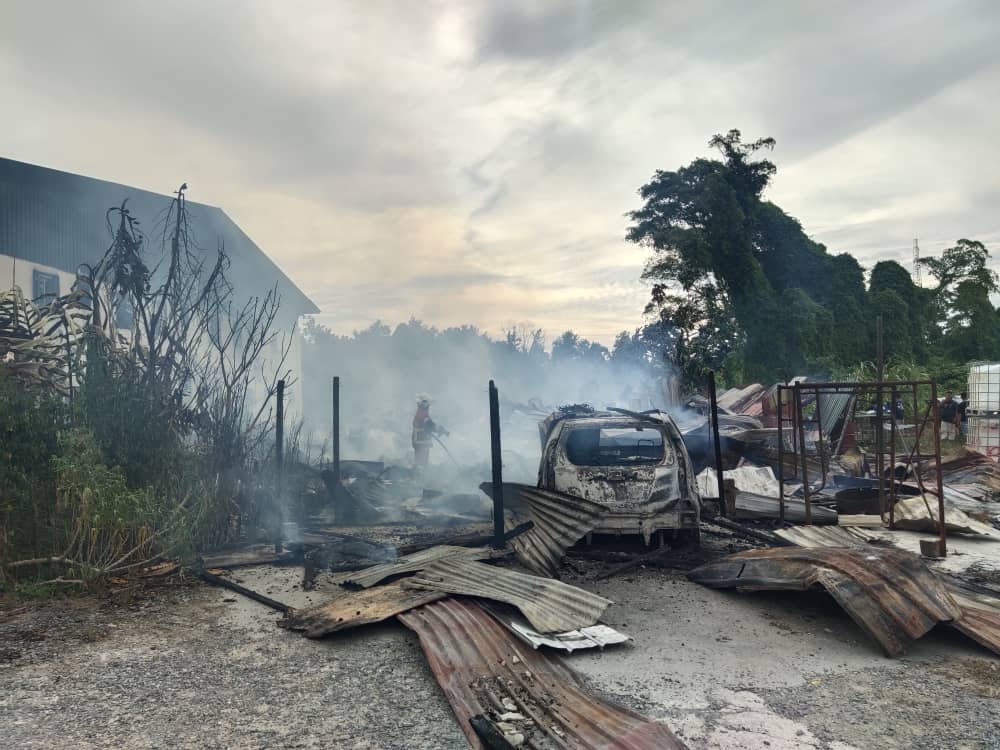 The aftermath of the fire.

MIRI (July 6): Twenty-six people including nine children were rendered homeless yesterday when a block of workers’ quarters at a cement batching plant in Lutong here was razed to the ground.

No casualties were reported among the 12 occupants who were at the quarters when the fire broke out as they managed to escape at the onset, while the remaining 14 were at work.

In a statement, Fire and Rescue Department (Bomba) Miri acting chief Ahmad Nizam Sapaiee said two of the occupants suffered minor burns while escaping the fire and were treated at the scene.

“We received a distress call regarding the fire at 3.25pm and immediately dispatched firefighters to the scene. The team arrived at 3.41pm but by then, the entire 11-unit block was already destroyed,” he said, adding that two of the 11 units were vacant.

Ahmad Nizam said the fire also destroyed two motorcycles and a car belonging to the victims.

The cause of the fire is under investigation.