Sunday, August 14
You are at:Home»World»Fresh Covid outbreaks put millions under lockdown in China 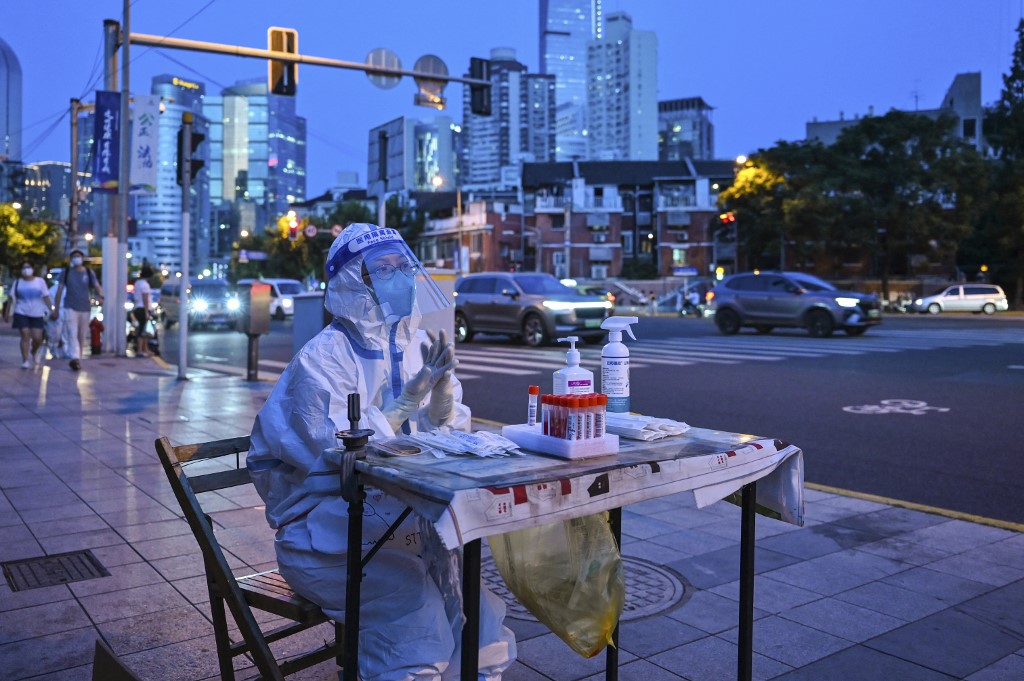 A health worker waits to test people for the Covid-19 coronavirus on a street next to a residential area in the Jing’an district of Shanghai on July 5, 2022. – AFP photo

SHANGHAI (July 6): Tens of millions of people were under lockdown across China today, and businesses in a major tourist city were forced to close as fresh Covid-19 clusters sparked fears of wider restrictions.

Chinese health authorities have reported more than 300 infections in the historic northern city of Xi’an — home to the Terracotta Army — with new clusters found in Shanghai, Beijing and elsewhere.

The outbreaks and official response have dashed hopes that China would move away from the strict virus curbs seen earlier this year, when its hardline zero-Covid policy saw tens of millions forced to stay home for weeks.

In Shanghai, some social media users reported receiving government food rations — a throwback to the months-long confinement forced on the city’s residents earlier this year.

“I’m so nervous, the epidemic has destroyed my youth,” posted a Shanghai-based user on Weibo.

Officials launched a new round of mass testing in more than half of the city’s districts after a rebound in cases since the weekend. All karaoke bars were closed after some infections were linked to six venues.

“I think this is unnecessary, and I don’t really want to do it,” Shanghai resident Alice Chan told AFP.

She said she took part in the latest testing round over fears that her smartphone-stored health code, which is used to access public spaces, might otherwise flag her as a Covid risk.

“I think the situation won’t improve in the short term,” said another resident, who gave his name as Yao.

“People now aren’t really scared of Covid anymore, they’re scared of being locked down in their homes.”

Japanese bank Nomura has estimated that at least 114 million people were under full or partial lockdowns nationwide as of Monday, a sharp jump from last week’s 66.7 million.

The recent resurgences pose a fresh challenge for President Xi Jinping, who last week reaffirmed his commitment to the zero-Covid strategy despite the mounting economic cost.

In Xi’an — a city of 13 million that endured a month-long lockdown last year — the population was placed under “temporary control measures” after 29 infections were found since Saturday, mostly among recycling workers.

The city government said it will close entertainment venues including pubs, internet cafes and karaoke bars from midnight.

State media showed Xi’an residents queuing up for tests past midnight Tuesday but said the city was not under lockdown.

Officials have blamed the outbreak on a subvariant of Omicron, which is more transmissible and immune evasive.

“The positive infections are all the BA.5.2 branch of the Omicron variant, and epidemiological tracing work is still in full swing,” Xi’an health official Ma Chaofeng said at a briefing.

In Beijing, officials said that the BA.5.2 branch has also been detected in the capital, but stressed the outbreak remains “controllable”.

Visitors to places including museums, sports centres, libraries and cinemas must be vaccinated unless exempt, Li said.

The city is also pushing to get more retirees vaccinated, saying those who visit centres for the elderly must be jabbed as soon as possible.

China’s biggest cluster is in the central province of Anhui, where more than 1,000 infections have been reported since last week.

“A resurgence of Omicron is not an issue in most other countries, but it remains a predominant issue for the Chinese economy,” warned Ting Lu, Chief China Economist at Nomura. – AFP