Monday, February 6
You are at:Home»Lite Stories»Is this goat the GOAT? Long-eared kid takes Pakistan by storm
For the freshest news, join The Borneo Post's Telegram Channel and The Borneo Post on Newswav. 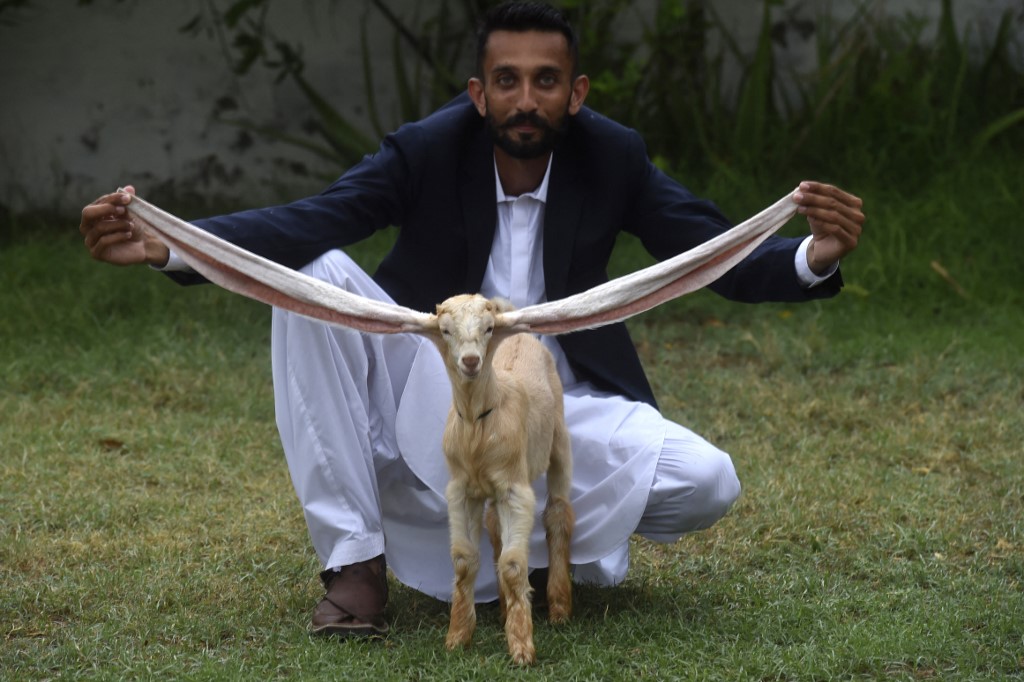 KARACHI (July 6): A kid goat with extraordinarily long ears has become something of a media star in Pakistan, with its owner claiming a world record that may or may not exist.

Simba is now living a pampered existence in Karachi, where he was born last month with ears that were strikingly long — and have grown further to reach 54 centimetres (21 inches).

Breeder Mohammad Hasan Narejo says he has approached Guinness World Records to see if his charge can be included as the Greatest Of All Time, although a category for “longest-eared goat” does not currently appear on the organisation’s website.

“Within 10 to 12 days of his birth he was already appearing in all the national and international media — and won a beauty contest,” a proud Narejo says.

“Within 30 days he became so popular that even a famous personality might take 25 to 30 years to achieve this level of fame.”

Simba’s ears are so long that Narejo has to fold them over his back to stop the little bleater from standing on them.

He has also designed a harness so that Simba can carry the lengthy lugholes around his neck.

Narejo is wary of the attention Simba has attracted — including from rival breeders — and has resorted to prayer and tradition to try to fend off any ill will.

“We recite Koranic verses and blow on him to cast away the evil eye,” Narejo said.

“Following a long tradition we inherited from our elders, we have fastened a black thread around him that is fortified with Koranic verses.”

Narejo plans to raise Simba as a stud to promote the image of Pakistan as a top goat breeding nation.