Tuesday, February 7
You are at:Home»News»Sabah»Philippines AirAsia to explore more direct routes to Sabah
For the freshest news, join The Borneo Post's Telegram Channel and The Borneo Post on Newswav. 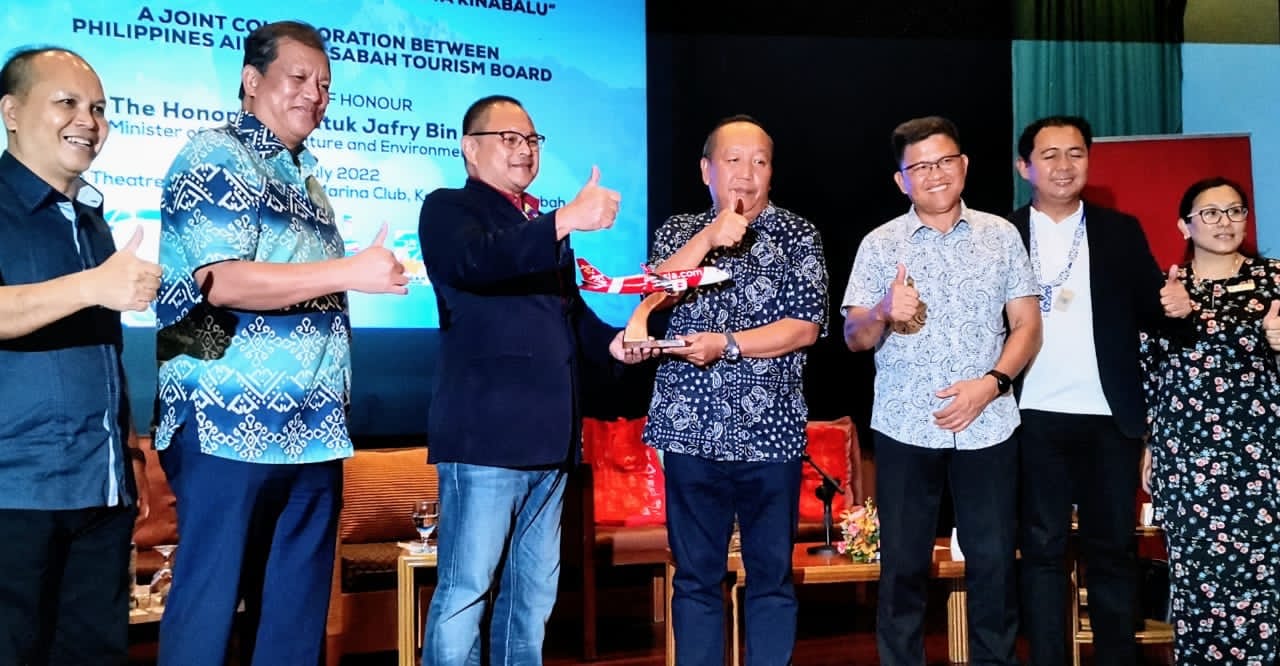 KOTA KINABALU (July 6): Philippines AirAsia intends to create more direct flights to Sabah and will likely establish a hub in Sandakan as part of these expansion ambitions.

The direct routes to Kota Kinabalu they plan to study are Puerto Princesa and Davao.

A probable connection between Zamboanga and Sandakan is also on their list of possible direct routes.

State Tourism, Culture, and Environment Minister Datuk Jafry Ariffin stated that Sabah welcomes the plan, which would help both countries in terms of economic spillover.

“One of the Sabah Maju Jaya plans is to ensure Sandakan Airport is upgraded to an international airport. We should explore additional direct routes into the state.

“Tawau, being a gateway to Semporna, might potentially serve as an operational hub too. So, whether it’s Sandakan or Tawau, we’ll let them study the viability,” he said.

Jafry was speaking at a press conference on the joint collaboration between the Philippines AirAsia and Sabah Tourism Board (STB) here on Tuesday.

The press conference was in conjunction with the familiarization trip to Sabah for the Philippines media.

Speaking on the strategic partnership between STB and AirAsia, Jafry said the Board is now finalising a collaborative technical campaign to encourage Filipinos to visit Kota Kinabalu.

“We want to sustain the travel momentum and for Sabah, we are not just looking at beaches but eco-tourism and agro-tourism which are educational.

“We are looking into the prospect of opening a new destination in Sandakan, which has one of the highest Filipino populations in Sabah, as part of our expansion plan,” he said

Meanwhile, Noredah said Manila has the potential to serve as another hub to attract international visitors and also to attract expatriates living in the Philippines.

Although having certain similarities, she said Sabah and the Philippines each have unique contrasts that should be explored by both sides.

Pre-pandemic, Noredah said the state of Sabah received 4.2 million visitors in 2019, with a promising rise in arrivals since the reopening of borders after a two-year hiatus.

Chinese visitors contribute the most arrivals in 2019, followed by South Koreans and Europeans.