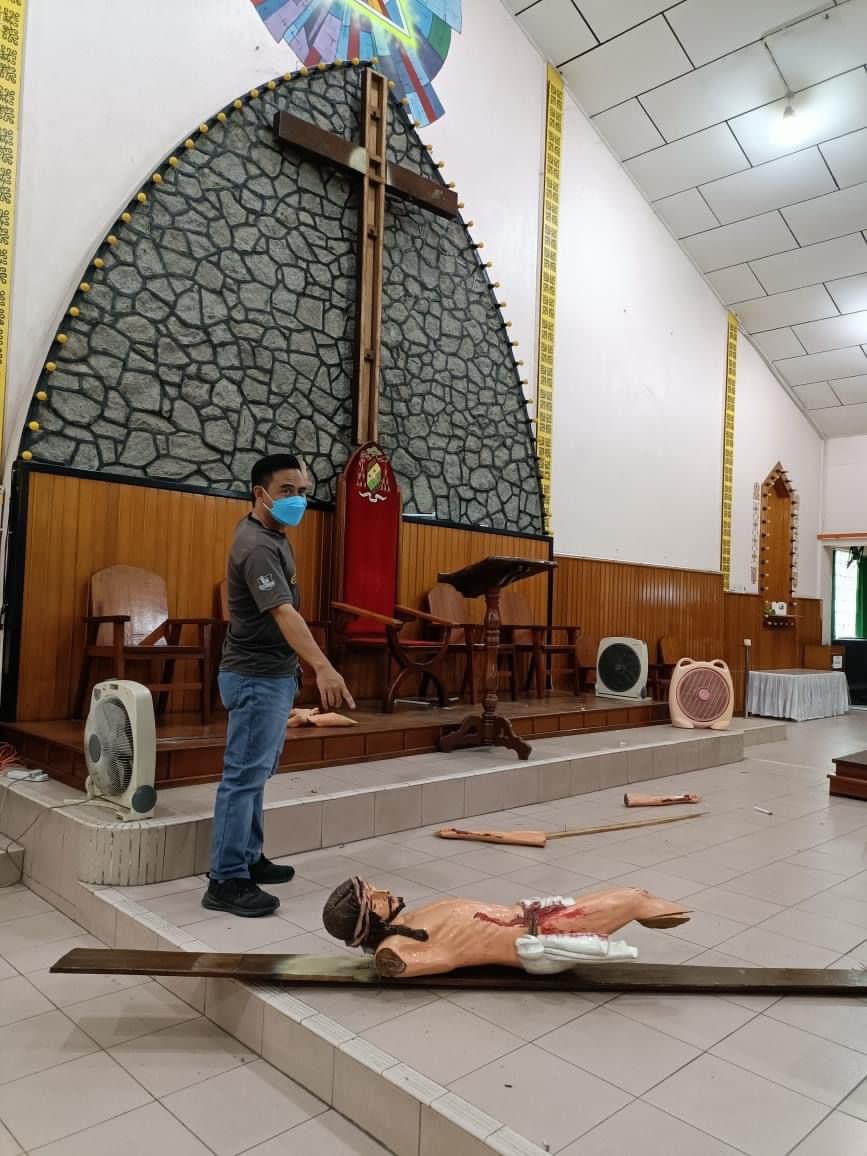 The damaged cross and statue at St Francis Xavier Church in Keningau.

KENINGAU (July 7): Police on Thursday apprehended a 34-year-old local suspect after St Francis Xavier Church reported a cross and two statues at both side of the altar were vandalised.

She said the suspect had been detained for investigation under Section 295 of the Penal Code for injuring or defiling a place of worship with intent to insult the religion of any class.

It is believed that the incident happened around 7.30am but the church staff only realised it when they started their morning shift at 8.30am.

Nor Rafidah said after receiving a police report from the church, police immediately rushed to the location.

“Police investigation revealed that the church is within a fenced area but the gate was not locked, while the church’s CCTV was not working,” she said in a statement on Thursday.

Nor Rafidah reminded the public not to speculate on the incident, after video and photos were shared in the social media, as it could interfere with police investigation.