Sunday, February 5
You are at:Home»Lite Stories»Lucky Limbang fisherman lands two stingrays weighing over 100kg in total
For the freshest news, join The Borneo Post's Telegram Channel and The Borneo Post on Newswav. 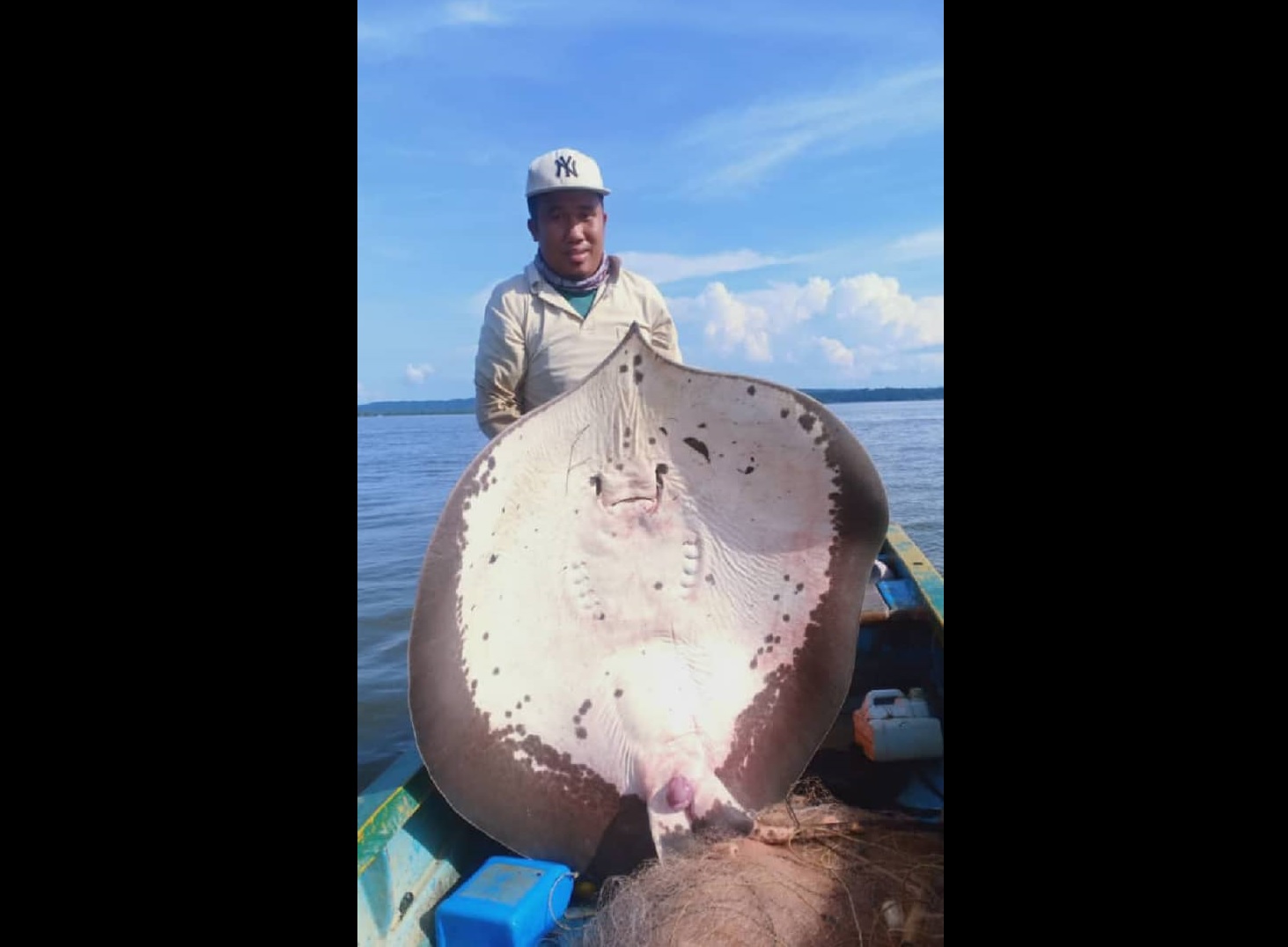 Mohd Fitri poses with one of the massive stingrays that he caught.

To his surprise on July 1, he managed to catch an even bigger stingray weighing 53kg.

“Alhamdulillah, I believe it is my good fortune. All my hard work has paid off,” he said.

Mohd Fitri said he caught both fish from Sungai Limbang.

He managed to sell the fish for RM800.

Mohd Fitri added he goes out to fish daily at 6am with his father Afendi Matusop, 50.