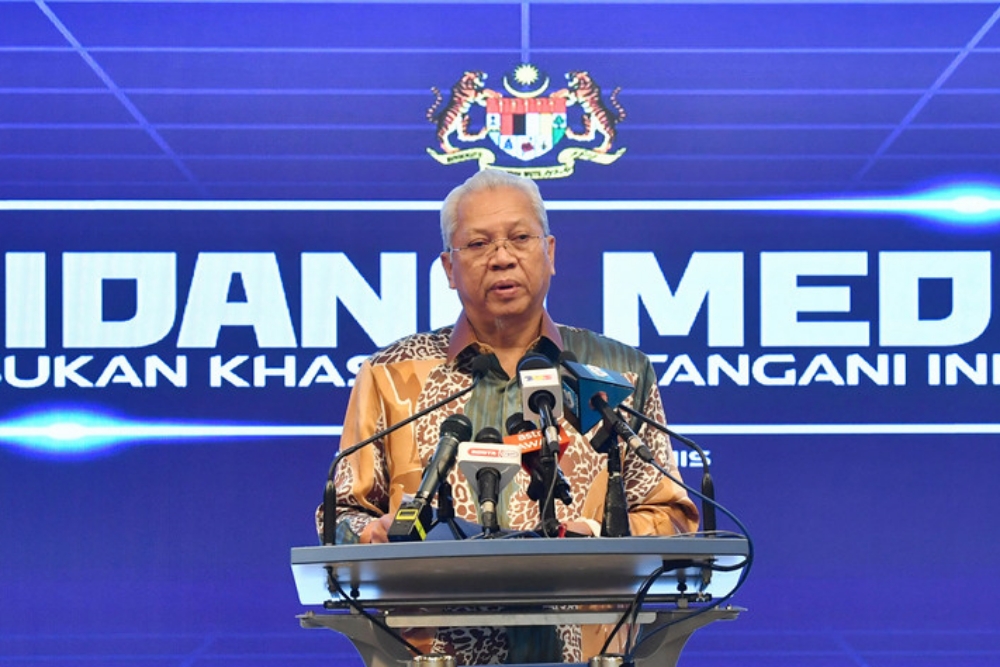 Tan Sri Annuar Musa said the payment process would also be made easy so as to enable the breeders to receive the subsidy without hassle. – Bernama photo

PUTRAJAYA (July 7): Small- and medium-scale chicken breeders are allowed to take advance payments of chicken price subsidy as one of the ways to ensure the supply of chicken in the market remains stable, Tan Sri Annuar Musa announced.

The communications and multimedia minister, who is also chairman of the Special Task Force on Jihad Against Inflation, said the payment process would also be made easy so as to enable the breeders to receive the subsidy without hassle.

“They are now given the opportunity to get advance payments before the full claim is paid,” he told a press conference after chairing the special task force’s meeting here today.

Annuar said the subsidies provided to chicken breeders since February 5 had amounted to RM1.1 billion, and based on the report presented at the meeting, the prices and supply of chicken in the market were stable.

“All inspections conducted by law enforcement teams confirmed that chickens were being sold at ceiling price (of RM9.40 per kg), but there were also sellers who were able to sell way below the ceiling price, some even sell below than RM9,” he said.

Starting July 1, the government has set the new ceiling price for chicken at RM9.40 per kg in the peninsula, RM6 per kg at the farm, and RM8.10 per kg as the wholesaler’s price for retailers.

“We found that the price structure has been implemented well and accepted by all parties involved. This has also enabled the supply to remain stable,” he said.

Annuar said the entire ecosystem related to chicken production was also being scrutinised and that continuous monitoring would be carried out to ensure that the supply system and the ecosystem remain under control.

He said the government had also introduced several measures to ensure a stable supply of chicken in the market including simplifying import procedures (IP) on four commodities, expediting the import licencing process and increasing the number of abattoirs and slaughterhouses abroad.

He said the Malaysian Quarantine and Inspection Services’ (MAQIS) import procedures on four commodities, namely soybean, wheat, corn and livestock feed which were simplified by deferring permit fees and creating a priority lane for fast entry until the chicken supply returns to normal.

“The import licensing process under the Department of Veterinary Services has also been expedited from July 1, with the approval process to be completed within seven working days compared to 30 to 90 days previously,” he said, adding that it would benefit 380 importers of livestock feed. – Bernama