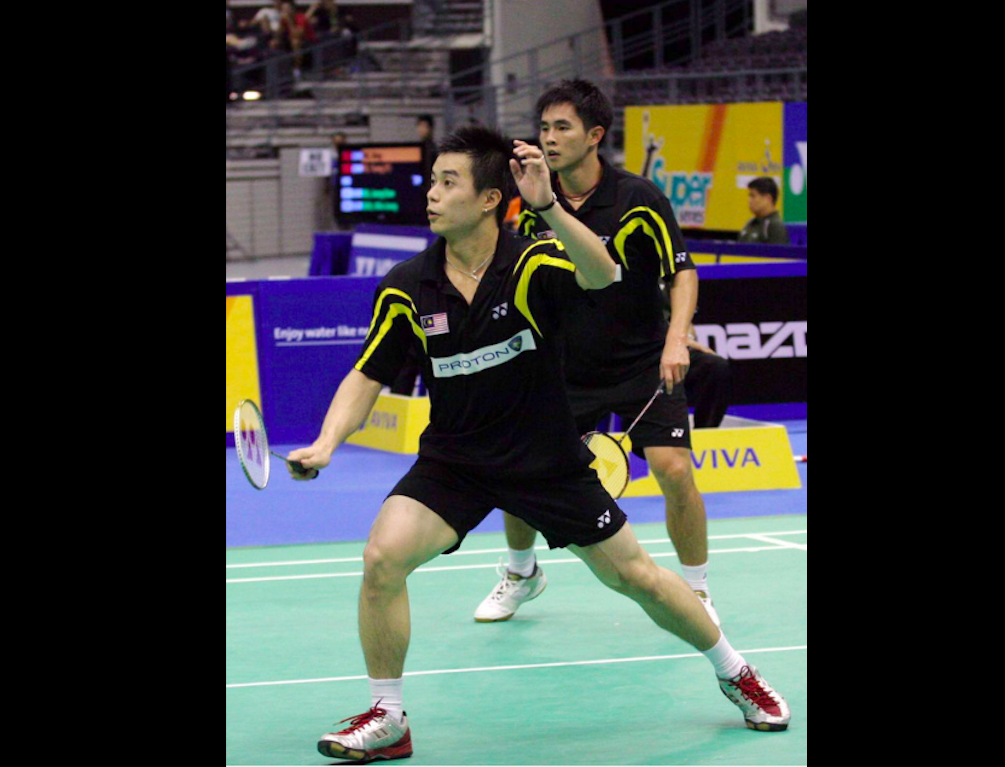 Lin is seen in action with partner Gan Teik Chai during the Singapore Open 2008 at the National Stadium Singapore on June 14, 2008. — Bernama photo

He was charged with deceiving a man in connection with online betting and a non-existent investment involving RM58,029.53 in 2016.

However, Lin, 39, pleaded not guilty to both charges before Judge Muhamad Anas Mahadzir.

According to the charge, Lin allegedly cheated a 39-year-old man by deceiving the individual into believing he could double the money by way of online betting and non-existent stock investments, thus prompting the victim to transfer the money into the accounts of the accused and his wife.

Lin was charged with committing the offence  in Setia Alam near here, between June 6 and Nov 29, 2016.

The charge, under Section 420 of the Penal Code, provides an imprisonment for up to 10 years and whipping and is also liable fine, if found guilty.

He was allowed bail of RM17,000 with one surety on both charges and also ordered to surrender his passport to the court , as well as report himself at the nearest Malaysian Anti-Corruption Commission (MACC) office every month.

Lin, represented by lawyer B Chandrateeban, posted the bail.