Monday, February 6
You are at:Home»Columns»Uncle DI»Restoring parliamentary system of government
For the freshest news, join The Borneo Post's Telegram Channel and The Borneo Post on Newswav. 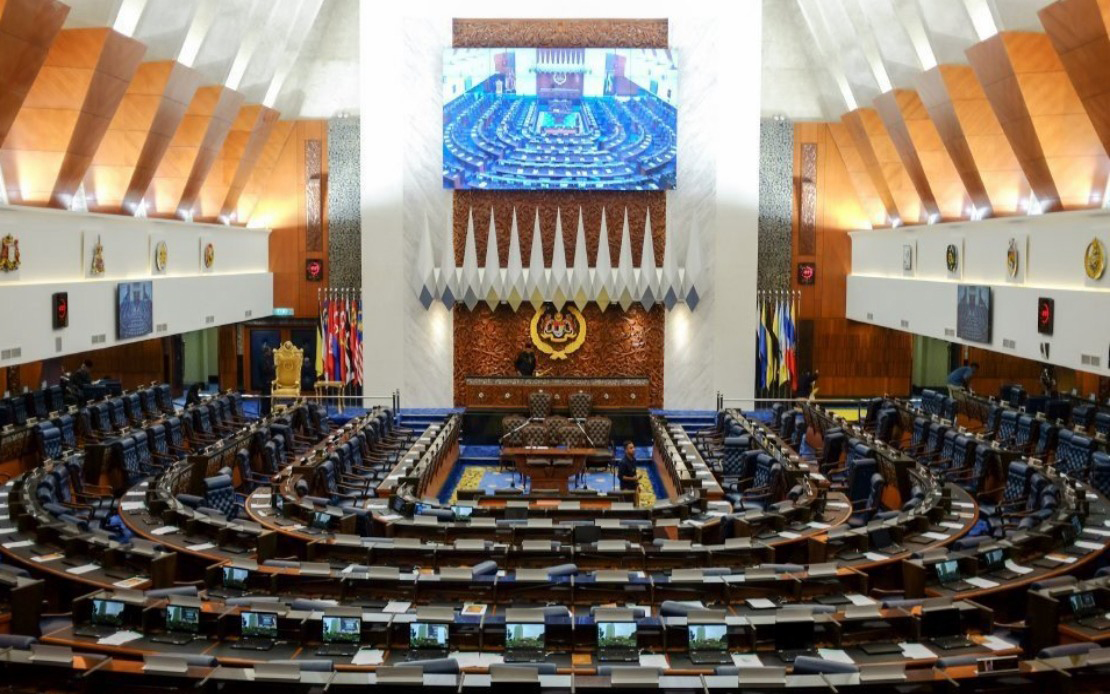 ‘Malaysia does not need a government by a small group of people’. — Bernama photo

THIS is the month that many people in Malaysia have been waiting for, especially by those who want party-hopping among lawmakers banned. In April, the government had promised to table a legislation to solve this problem.

Since 2018, there have been 39 cases of members of Malaysian Parliament switching party membership during their tenure of office. The effect has been political instability for the entire country.

The government has had the support of a slim majority of members of the legislature. Within three years (2018-2020), Malaysia has had three Prime Ministers from three different parties.

And like the game of musical chair, political bickering and jockeying for position and power have gone on and on at nauseam.

Such a government is one that is busily thinking more of its daily survival and all the time watching its back for enemies, real or imagined. Under siege, it has little time left for the wellbeing of the people and the future of the country, or its position and reputation in the world.

Malaysians, me included, concerned with the stability of their government, are looking forward to the restoration of the parliamentary democracy in the country through regularly-held elections of legislators as a way out of the quagmire. This is a democratic system of government that has served us well for the past 50 over years; it’s not the best system in the world, but the most practicable. It has its merits and demerits, but the merits outweigh the warts.

Many Malaysians are against the use – or the misuse – of the Statutory Declaration with which to form a government. A change of government mid-term through a coup de tat known in Malaysia as ‘tebuk atap’ (through the roof) or by ‘pintu belakang’ (the back door) of the normal tenure of four to five years, does not produce a viable administration because it does not enjoy the original popular mandate from the voters.

As it relies entirely on the shifting loyalty of the lawmakers with personal vested interest, its ability to enact legislation is subject to the vagaries of the mood of those legislators.

This is not the government of the people, by the people, for the people, but a government by the legislators with vested interests. Some say this is an oligarchy. It has happened, but what can we do to undo it?

Let it be the first and the last.

Apparently, the ‘freedom of association’ accorded to the lawmakers by Article 10(1)(c) of the Federal Constitution – ‘All citizens have the right to form associations’ – has been interpreted as the ‘right to topple a duly elected government without a good reason’.

To form a government, all you do is to gather a minimum number of 112 out of 222 members of Parliament, having individually pledged support and confidence in your leadership, and you are in for the top job of the country!

For these lawmakers, the prospects of position and power are a temptation too hard to resist.

Make hay while the sun shines, never mind the interests of the voters; these are of secondary importance anyway.

The tabling of the Anti-Party Hopping Bill has been postponed twice since March. For the delay in legislating the ban, the government has been accused of employing delay tactics.

Not true, assured the government.

There is no reason to question that stance. The government needs time and space to address the issue thoroughly while working on the draft of the law. There must be a number of factors to consider (e.g. the rule in Nordin Salleh case [1992] where the court found the anti-hopping provision in the Constitution of Kelantan as ultra vires the federal constitution); loose ends to tie; feedback from various quarters to ponder upon, etc.

For instance, Bersih (standing for the Coalition for Clean and Fair Elections), was once opposed in principle to doing away with the freedom of association, but has come around to supporting the proposal to amend the supreme law of the federation, PROVIDED that the law will not apply to a legislator who has been stripped of his membership of his party and has become an independent lawmaker.

I would endorse the view that the law will be strictly limited in its application: only a legislator who denounces party membership and joins another party has something to fear. Not in any other circumstance.

We are hopeful that there will be no further delay in bringing the ‘frogging’ problem to Parliament before the next general election, which must be held not later than July next year.

By July next year, the tenure of office of all parliamentarians will end and it will be the time for Malaysians voters, including the Under-18s, to go to the polls to elect or re-elect the legislators whom they think will be able to articulate their interests in Parliament.

After the next general election

We are looking forward to the day after the conclusion of the next general election when the Yang di-Pertuan Agong will appoint a Perdana Menteri (Prime Minister) to preside over the Cabinet a member of the House of Representatives (Parliament), who, in the Agong’s judgement, is likely to command the confidence of the majority of the members of that House.

Watch out for announcement

We are anxiously waiting for the announcement by the relevant authorities of the date on which the Anti-Party Hopping Bill will be discussed in Parliament so that those with the listening devices can follow the debate online.

If all goes well, we will see the day when there will be restored the normal method of appointing the next Prime Minister, consonant with the spirit and the letter of the Constitution.

Happy days will be here again!