Saturday, December 3
You are at:Home»News»Nation»Statistics Dept: Life expectancy in Malaysia has risen by 12 years 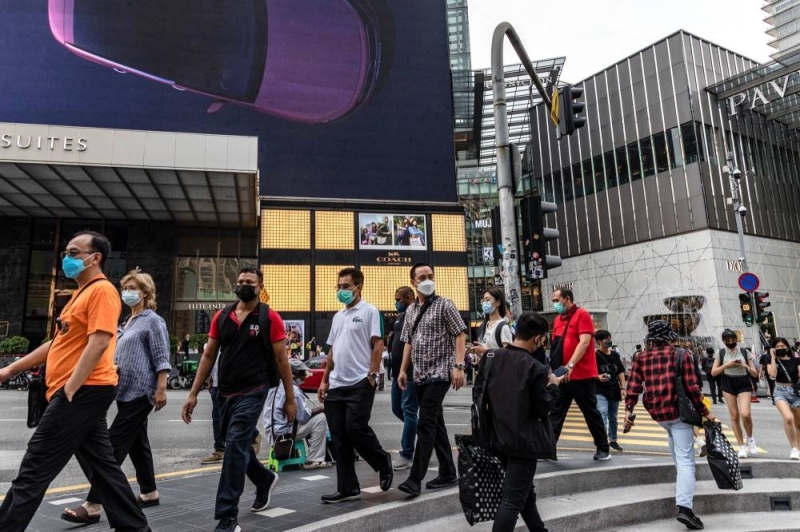 People are seen wearing protective masks as they walk along the Bukit Bintang shopping area in Kuala Lumpur May 19, 2022. — Malay Mail photo

PUTRAJAYA (July 11): Life expectancy at birth in 2021 is expected to increase to 75.6 years, or about 12 years, compared with 63.6 years five decades ago in 1970, according to the Department of Statistics, Malaysia (DOSM).

Chief Statistician, Datuk Seri Mohd Uzir Mahidin, said in a statement today on World Population Day 2022 which is marked every July 11, that the continuous rise in life expectancy indicates Malaysia will experience an ageing population by 2030, where the percentage of people aged 60 years and over will reach 15.3 per cent of total population.

“Hence, there must be financial and healthcare planning to avoid problems during retirement,” he said.

He attributed it to four main factors: the fertility rate, life expectancy, age structure (the distribution between young and old people) and migration.

“The total fertility rate (TFR) of woman in reproductive age in Malaysia declined to 1.7 babies in 2020 compared with 4.9 babies in 1970. This was the lowest TFR in five decades,” he said.

In terms of shifts in the age distribution, Mohd Uzir said that the percentage of children under age 15 showed a declining trend from 44.9 per cent in 1970 to 24 per cent in 2020.

According to Mohd Uzir, children under age 15 make up 1 in 4 people in Malaysia and is projected to decline further to around 1 in 5 persons soon after 2030.

“The declining trend of young age and an increasingly significant increase in old age will affect the number and dependents for working age in the future.

Mohd Uzir also said that Malaysia’s population is projected to grow to 41.5 million by 2040.

“Among the challenges that need to be addressed are the balance between food security, limited agricultural land and climate change,” he said.

Malaysia’s population totalled 32.4 million in 2020 with Federal Territory (FT) Kuala Lumpur and FT Putrajaya having the highest population density with 8,157 and 2,215 people per sq km respectively.

In celebrating World Population Day 2022, DOSM will be organising a regional training workshop on “Harnessing Opportunities Towards a Resilient Future Through Census Data” from July 26 to 28 with Universiti Malaya (UM), Integrated Public Use MicroData Series (IPUMS) and the United Nations Population Fund (UNFPA).

Involving 100 local and international participants, it will be a platform for statisticians, economists, selected national statistical offices (NSO) and Malaysian government officials to discuss issues related to population and demographics. — Bernama