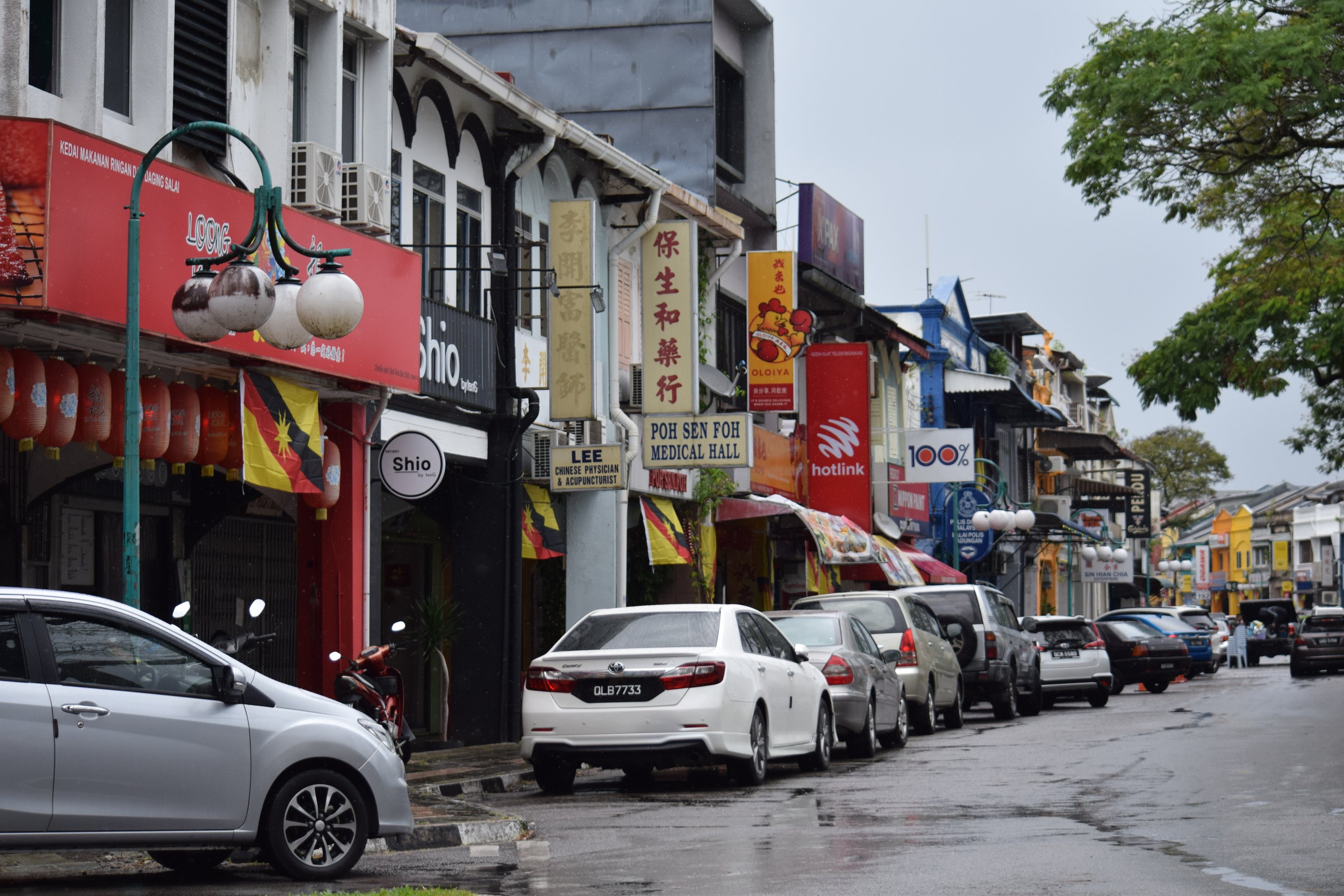 Every shop along this side of Jalan Padungan has at least one Sarawak flag adorning the front section of their premises. — Photo by Roystein Emmor

KUCHING (July 12): Many shop proprietors have put up Sarawak flags on their premises ahead of the Sarawak Day celebration this July 22.

A survey over the Chinatown section of Jalan Padungan earlier today showed that every shop had at least one flag adorning the front section of their units.

It was also the same scene at several other commercial centres across the city. 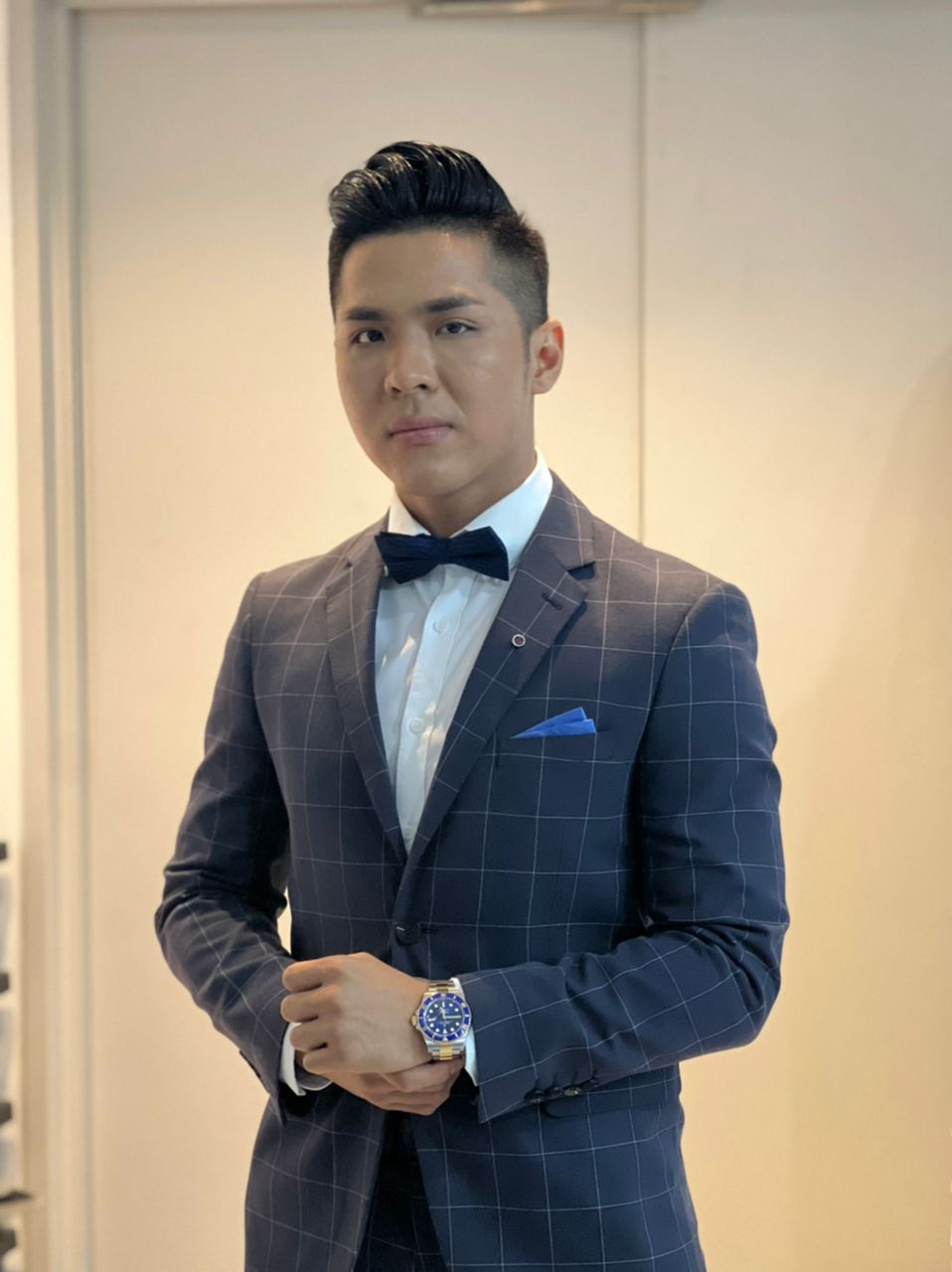 Johnny Bong, who owns and manages two family reflexology centres in the city, said it had been a practice for him to put up Sarawak flags at his premises not only on Sarawak Day, but also on National Day and Malaysia Day.

“I have been doing it since I opened my business in 2017.

“Apart from that, I would also shoot special videos to commemorate these occasions and post them on my business social media, namely Facebook, Instagram and TikTok.

“Yes, it is all about patriotism but in a way, they (hanging up flags and shoot special videos) also serve as greetings for my customers and also my friends,” said 29-year-old entrepreneur.

However, Bong also said that he did not get to do this in 2020 and last year, due to the Covid-19 pandemic.

“Those were the two most challenging years for my business, because our sector (reflexology and wellness) was the last to be allowed for full reopening.

“That’s why I’m so thankful that this year, we get to hang Sarawak flags at our premises again,” he told The Borneo Post here. 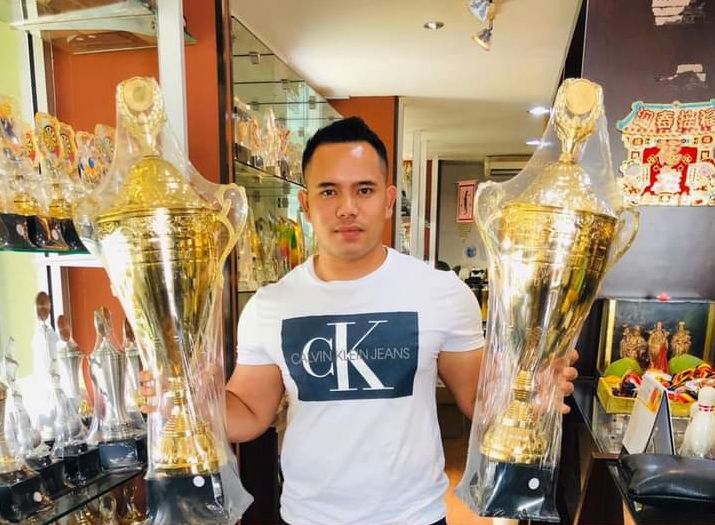 Another entrepreneur, Razie Remjishah, said it would not be a Sarawak Day celebration without the Sarawak flag.

“It’s as simple as that, and it’s not a complicated thing.

“But for me, seeing them (flags) flutter in the wind, it’s just majestic.

“Somehow, it makes me even more patriotic; I feel proud and blessed to be a Sarawakian,” said the 29-year-old gym owner.

Additionally, Razie and his gym buddies would join Sarawak Day activities carried out by the nearby communities.

“We also see the occasion as a time for us to foster closer relations with one another.

“After all, Sarawak is known for its unity amidst diversity, and what better time to highlight this other than Sarawak Day, right? 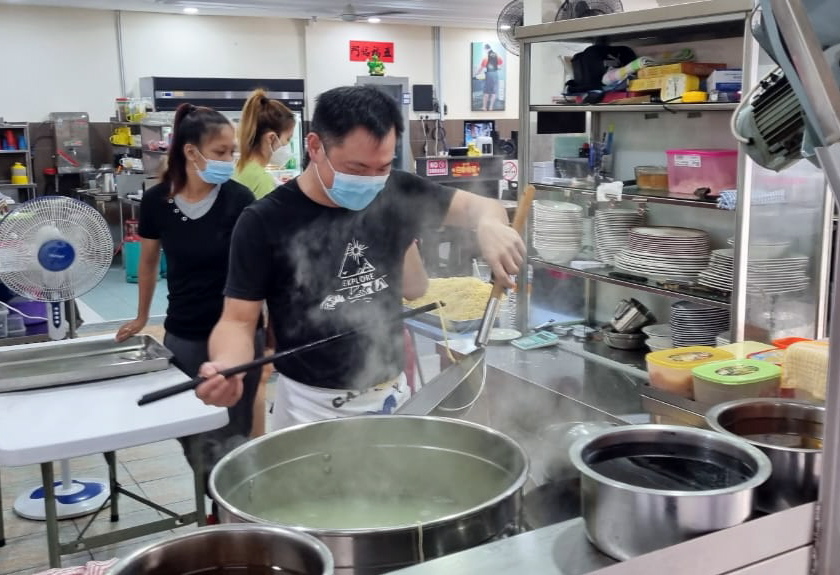 Tiong prepares an order for his customer at the noodle shop.

For noodle-seller Paul Tiong, he regarded hanging the Sarawak flags at his working station ‘a must every year’.

“It’s my way of displaying my pride for Sarawak.

“My business exists because Sarawak exists,” said the 41-year-old, while busy making an order for his customer at his shop in Queen’s Court, Simpang Tiga here.

July 22 was gazetted as a public holiday in 2016 by former chief minister of Sarawak, the late Pehin Sri Adenan Satem, to commemorate the day in 1963 when Sarawak was granted self-governance by the British.

It was the date when the first ministerial cabinet in Sarawak was formed, and Tan Sri Stephen Kalong Ningkan appointed as the state’s first chief minister.

With regard to its flag, Sarawak may be the only state in Malaysia to have the most variations since the first one was created in 1845 by the first Rajah of Sarawak, James Brooke.

James’ version had a cross split into two colours – blue and red – on a yellow background.

It changed slightly during the time of the second Rajah, Charles Brooke, where the colours on the cross had been replaced with red and black. This flag was in use from 1870 until 1941.

Upon becoming a British colony in 1946, the flag had been altered again – with the addition of a yellow five-point crown to the centre of the cross.

This ‘Kingdom of Sarawak’ flag was still flown even after Malaysia was formed in 1963.

After that, came the ‘Trisakti which was lifted on Aug 31, 1973 by then-chief minister Tun Abdul Rahman Ya’kub.

This version, which had the colours blue, red and white, was flown until Aug 30, 1988, where the next day, it was replaced by the current flag that is highly identifiable by the thick diagonal black (top) and red lines over a yellow background, with a nine-point star affixed at the centre.

Previous ArticleSabah Port services not up to par – LDP
Next Article China will ramp up food imports from Malaysia; more direct flights between the two countries, says its foreign minister